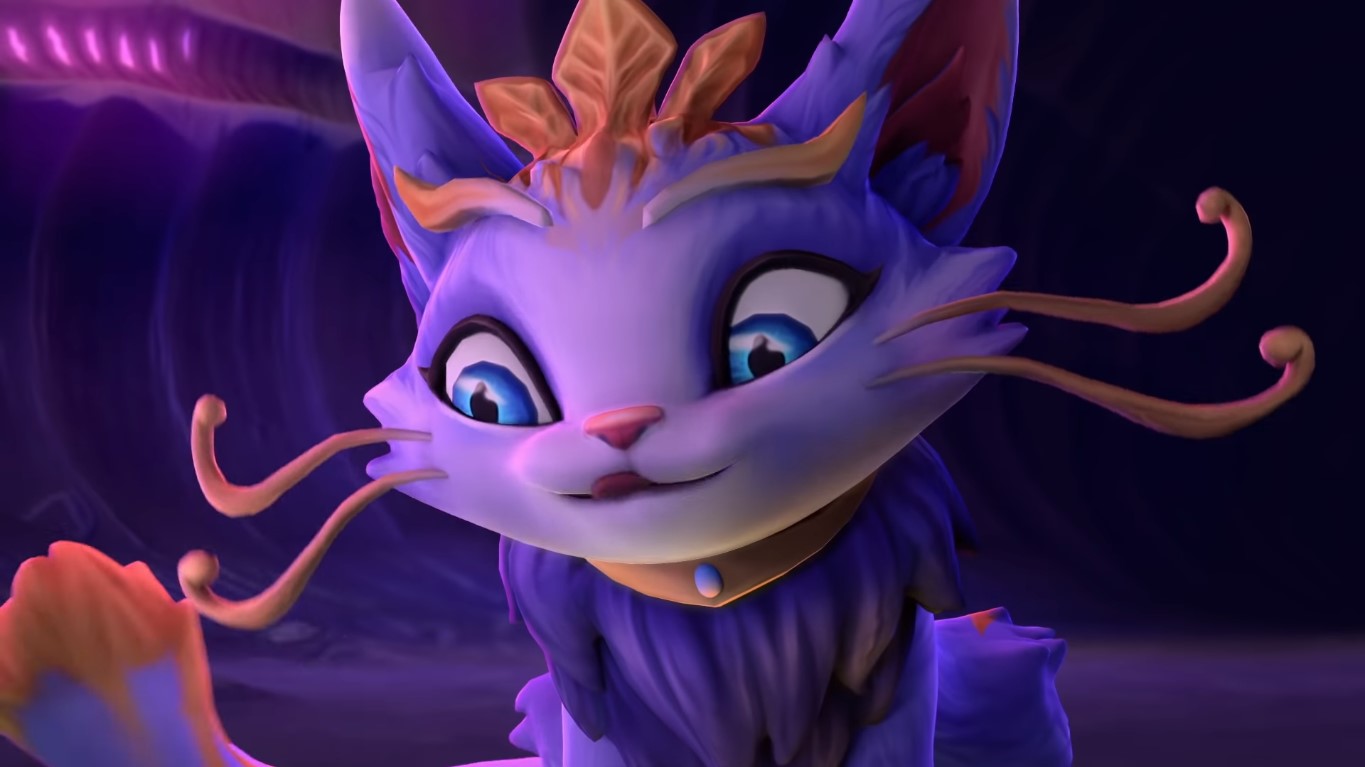 Great news for all League of Legends fans. A new magical cat is coming to town!

With the trailer finally out, many fans just can’t wait to meet the kitty cat, cat.

League of Legends recently announced their new game champion. This champion is none other than a cute, magical, and bubbly kitten named Yuumi. Yuumi is so lovable that anyone who met her just fell in love with her.

Even those fans who call themselves dog persons, they can’t help but fell for Yuumi’s charms. They even described her like a cat with a disarmingly unique personality. Along with Yuumi’s arrival is the addition of a unique support style for the game. No wonder fans can’t wait for May 14 to arrive.

The trailer video is equally alluring and telling about Yuumi’s playstyle. It also reveals more about her. The main point here is that Yuumi is one support champion who hops on her magical book. She can affiliate with allies and literally attach herself to them.

This feature makes Yuumi “not vulnerable as target” and also makes her augment her spell. While attached to an ally, Yuumi also moves along with them. She goes where the ally wishes to go. In the history of LoL, only Yuumi is the only champion who is capable of doing this.

With such abilities, Yuumi is definitely an excellent champion for starters. Noob players will be worrying less about staying alive and positioning. They can now focus more on keeping Yuumi alive and in knowing what’s cooking along the lane.

While Yuumi’s stats are being fine-tuned, her abilities were already revealed. Here’s a breakdown:

Bop and Block – Passive: For every given second, Yuumi’s attack thrown at a champion revives mana and gives her shields that can block damage. The said shield follows Yuumi around until it gets broken. The shield can also protect Yuumi’s ally.

Prowling Projectile: Yuumi can summon a powerful missile that can cause damage to any enemy it hits first. If the cast is attached, Yuumi will be able to control the said missile with the mouse cursor.

Final Chapter: Yuumi can also channel for a specific second. While doing so, she can also launch seven waves at once. These waves can cause magic damage. Any champion who is hit by such wave for 3 or more times is automatically rooted.

Undoubtedly, aside from Yuumi’s endearing character, she can also do a lot of good to her ally.

Catch Yuumi on League of Legends beta servers this coming April 3oth. The full game will be released by May 14.