Counter-Strike Gets A New Update Containing Things No One Asked For, And Two New Maps

It’s celebration time, but only a little bit; Counter-Strike: Global Offensive has been updated by Valve. Unfortunately, the unique character models (or Operators) are still there, and that seems unlikely to change unless you’re playing on a custom matchmaking service. The update marks the conclusion of the Shattered Web Operation that saw sixteen weeks of unique challenges being posited to players, encouraging them to shake up their play styles ever so slightly.

First, we’ll talk about the new loot that you can gamble all of your money away. Called the Prisma 2 Collection, and featuring a new case, the collection features loud decals and skin for weapons that feature a light anime overtone from 17 community-created weapon finishes. The Horizon Collection knife is also available in the Prisma 2 Collection, in a chroma finish. The weapons look interesting and might be just what someone, somewhere, has requested, but they aren’t entirely likely to usurp the classic favorites of the title. 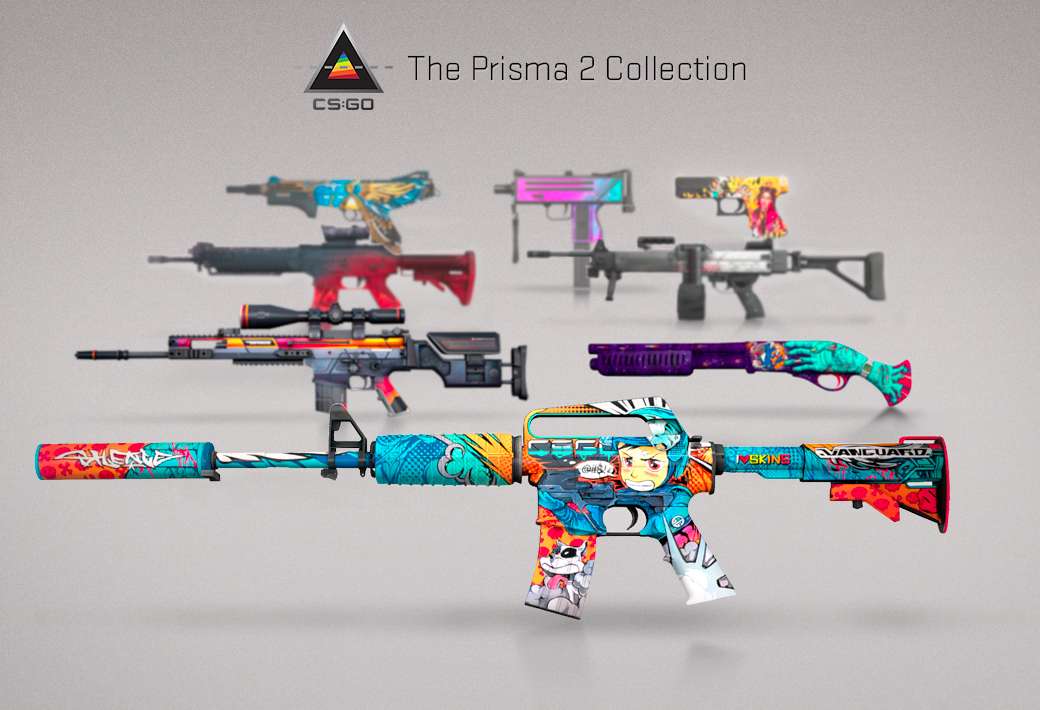 Beyond new toys to gamble for, we also have two new community-crafted maps being added to the mix; Chlorine and Anubis. These maps are two of the finalists from the 2019 Mapcore Exotic Places, yet while they’re from the same competition, they play out wildly different; not necessarily in a good way.

Today we're saying goodbye to Operation Shattered Web and introducing the Prisma 2 Case alongside new Community maps. Anubis and Chlorine are in, and Breach and Studio are rotating out. Here's today's Release Notes: https://t.co/nOwSlaUBVn pic.twitter.com/Cow9h11J6V

First, we have Anubis, which as the name may suggest, takes place in ancient ruins that invoke a Syrian or Egyptian flavor. Aged sandstone with various tan colors dominate the map, and there’s a small river that connects A and B bomb sites. Beyond that, and it’s a helter-skelter maze rife with cover that favors the counter-terrorist side no matter how you slice it. Bring your smokes and flashes in bulk, because cracking either of these bombsites requires a heft of utility. 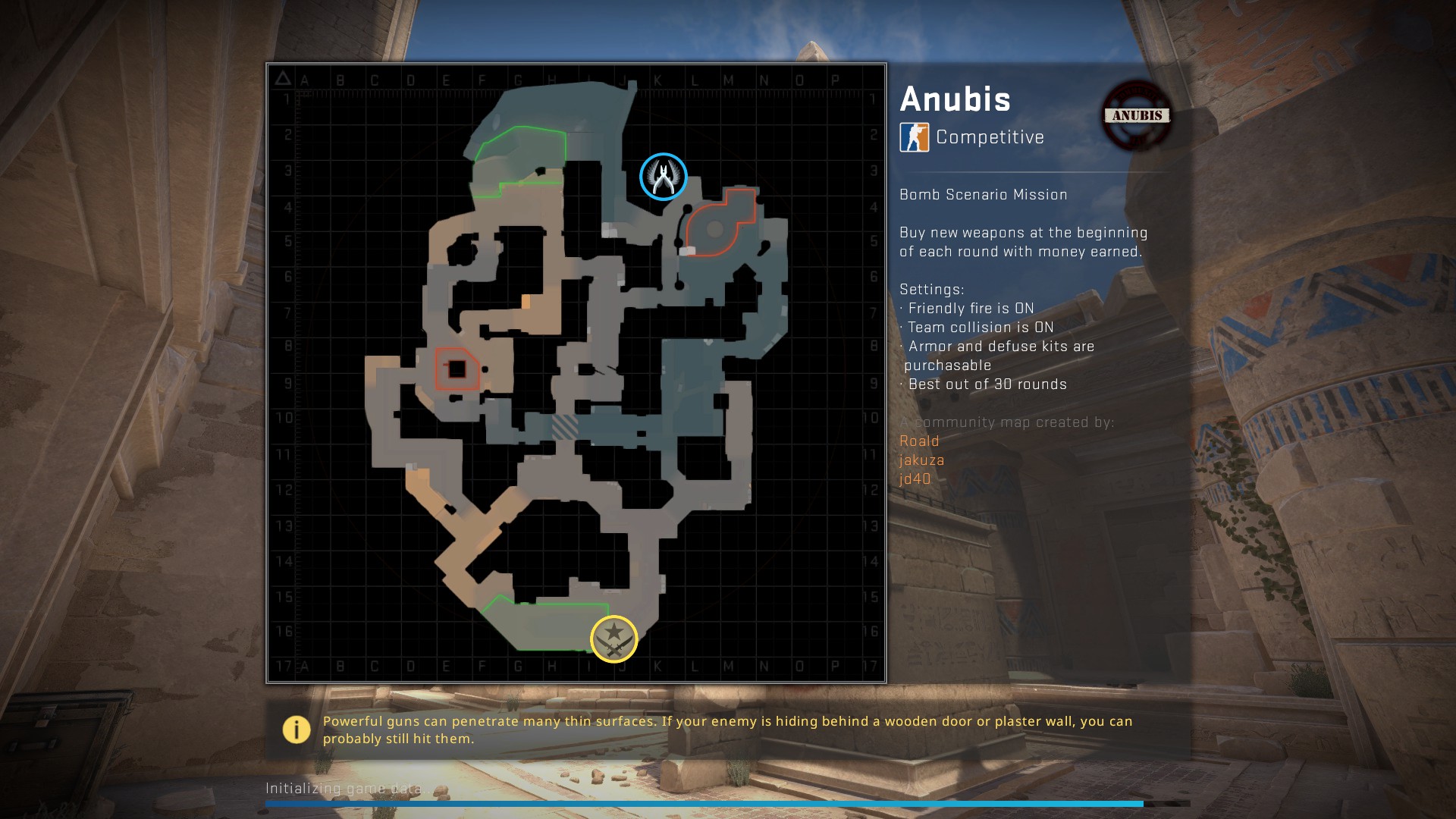 The good news is that if you can bait out the opposing team, almost every hallway and choke provides decent cover with various elevations for you to engage from.

The second map is Chlorine, taking place in an abandoned water park that the terrorists have decided they need to bomb, likely due to embarrassing memories that linger in the mind of their great leader. Chlorine is a personal favorite from the two; fewer branching pathways that make you feel like a rat in a deviously constructed maze. There are still fantastic changes in elevation, but decidedly less cover in both of the bombsites brings about more of an aim duel between opposing forces, instead of needing a barrage of flashes. 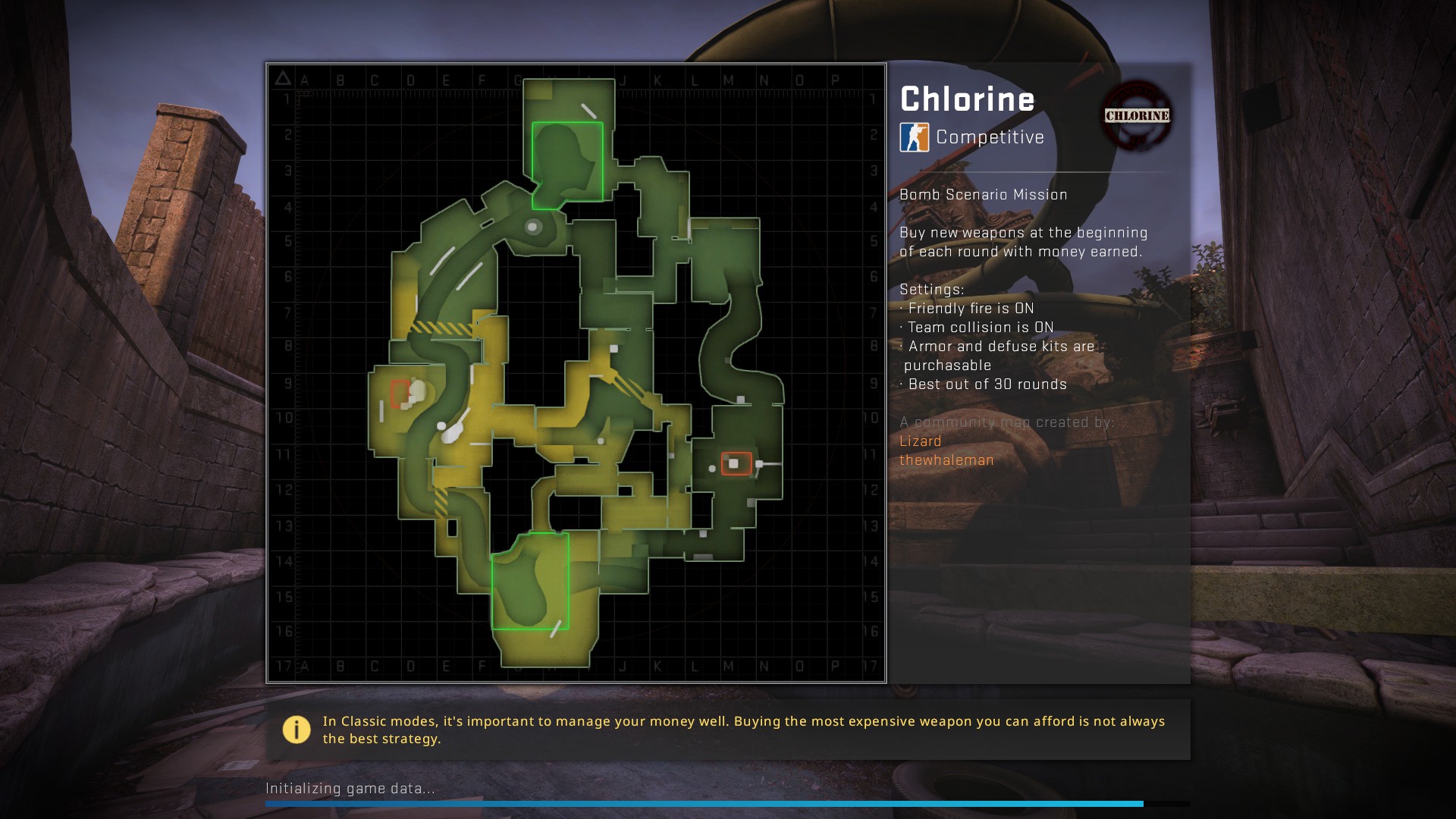 Chlorine’s tightly packed corridors follow the standard mantra of Counter-Strike map design: three lanes with the center acting as a connector between bomb sites. This allows for furious retakes regardless of the map you’re on, and stairways lead to interesting advantages that can be held by either team. There are unique gaps in the wall to flash or smoke bomb sites strategically assuming that your teammates that the general competence necessary to use utility.

This all dropped recently on Steam so if you’re inexperienced in these maps, chances are your opponents are as well. Take it slow, stay together, and bring a healthy dose of utility.