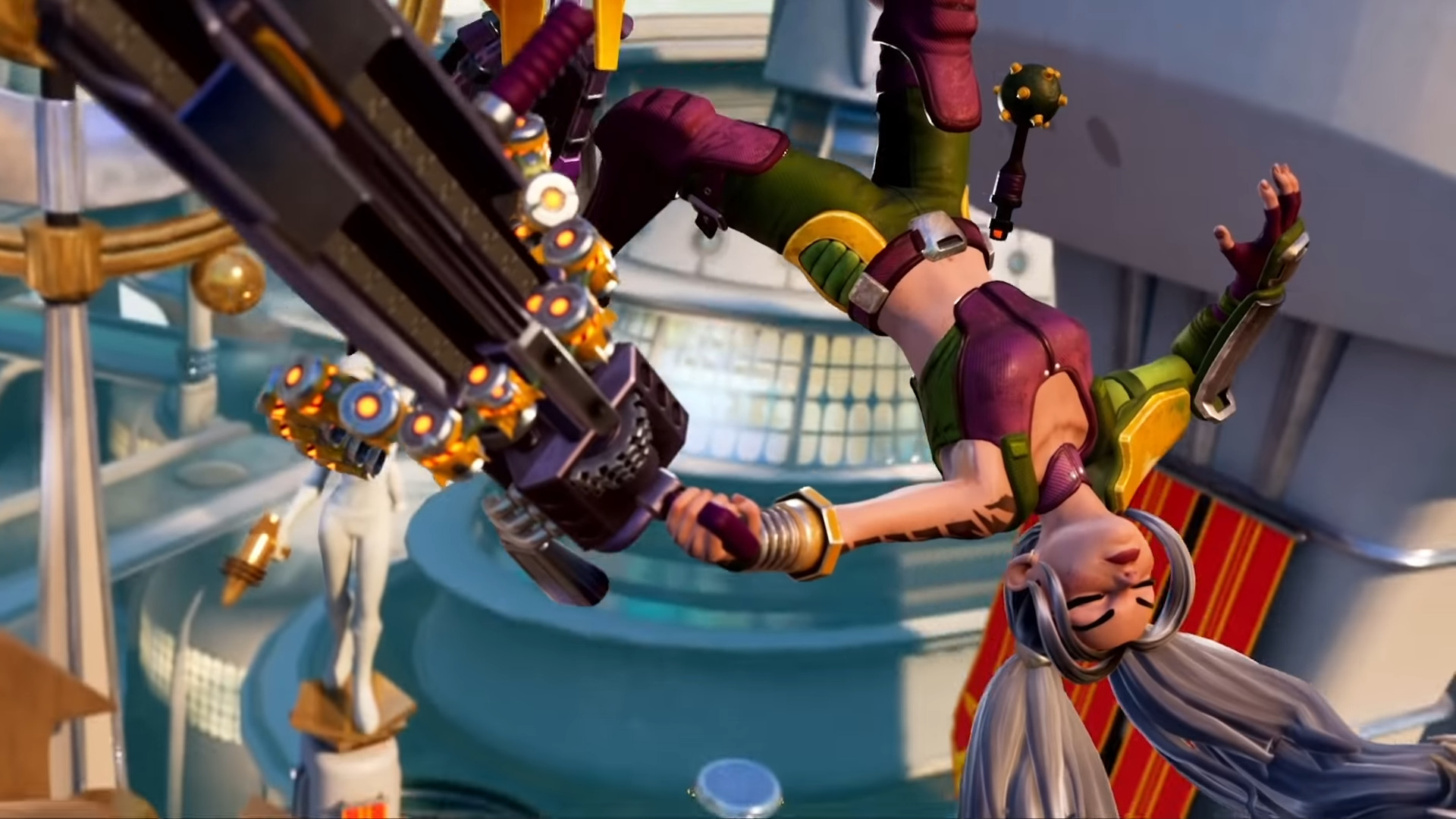 Shooter titles are, frankly speaking, a dime a dozen on PC at the moment as they all attempt to get a stranglehold onto a loyal player base.

The exception to this are titles that are coming from long-running (and thus well-established) franchises such as Call of Duty and Battlefield, although even these titles can take a hit to server population if the current iteration has somehow failed to appease the standard player base, such as in Battlefield V which makes Counter-Strike‘s cheating problem look trivial in comparison.

So when a title is coming out with a generally steep price tag while only offering a multiplayer, such as Rocket Arena did, you need to ensure that you have a slew of magic tricks up your sleeve to keep the player base engaged, day after day.

When Rocket Arena officially released on June 14, 2020, the long-awaited magic tricks turned out to be in-game microtransactions and battle passes, on top of the steep up-front cost of $40, and it apparently wasn’t enough to keep many users pleased with the offerings.

Despite engaging gameplay, adorable characters (if a bit over the top), and the title overall being an accurate homage to the glory days of Quake, the price tag on top of microtransactions and battle passes seemed to deter far too many from actually giving the game a fair shake. That, along with the developers’ strange decision to turn the title into a third-person shooter (allegedly, so players could appreciate the cosmetics they’ve purchased) instead of the beloved first-person shooter it was in beta, seemed to shove a spike into the chest of the player base.

Now, a month and a half later, and we’ve just noticed that Rocket Arena has now dropped to a $5 price tag, instead of the original $30: note that the $40 was for the Mythic edition, as a commenter pointed out! Now it’s a question as to whether that’s a steep enough drop to increase the player base and encourage the users to log back into the title.

Since then, the player base has declined sharply due to various aforementioned factors. It isn’t uncommon today for the title to simply fail at making you a match, as there aren’t enough players in the server anymore after a mere month; even with crossplay enabled it can take over ten minutes for a queue.

Granted, it’s at least less bizarre than the battle-royale which has you pay per round you play, but it simply doesn’t seem enough to quell the falling numbers of the title; it’s likely that when Rocket Arena released, several users scrutinized the title and found it to be lacking in terms of transactions, and opted to bypass; the drop of the price is unlikely to change that now that it has been released.

It’s overall unfortunate; Rocket Arena had a boisterous and dazzling veneer to it that could have turned into a fantastic throwback to the retro era of online fragging, and in a timeline that offered a different approach to monetization likely also heralds a massive player base. In this timeline, however, as one Steam reviewer stated: ‘Could’ve been great, but greed ruined it.’

The Mass Effect Trilogy Remaster Was Reportedly Scheduled To Release In October, But Might Be Delayed, According To New Source

Oct 8, 2020 Chris Miller 31840
There's very little that is more pleasing than watching cheaters deal with the repercussions of their actions as inevitably, the system will catch up...

Sep 22, 2020 Chris Miller 9560
We can readily file this one under controversial: Valorant professionals have begun taking to Twitter to air their grievances regarding the newest...

Aug 29, 2020 Chris Miller 11012
Shooter titles are, frankly speaking, a dime a dozen on PC at the moment as they all attempt to get a stranglehold onto a loyal player base. The...