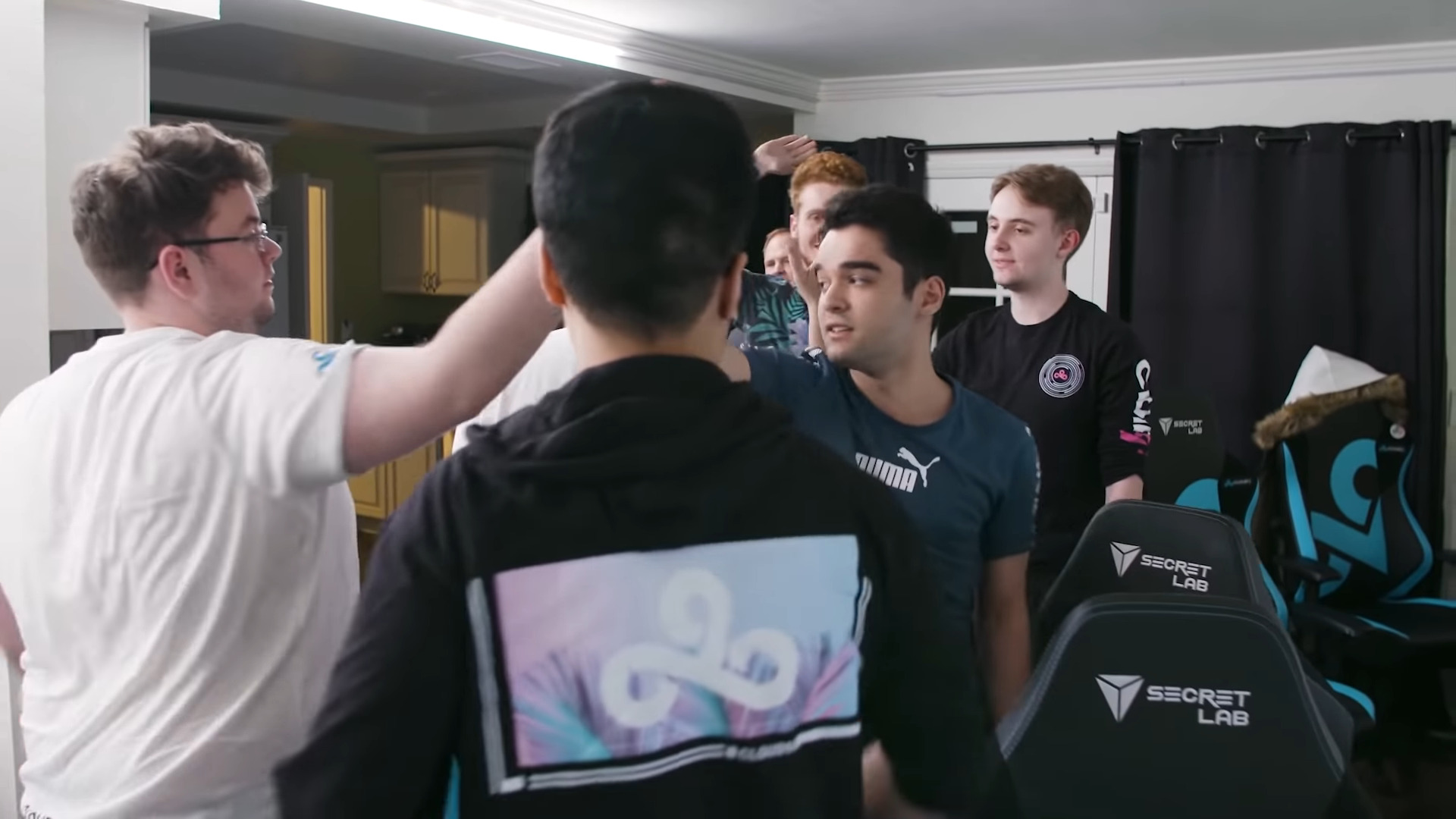 As announced by the former caster and now Cloud9‘s General Manager, Henry “HenryG” Greer, Ricky “floppy” Kemery will join the organization’s rebuilding CS: GO lineup from its old one. As opposed to recent reports, floppy will leave behind his current teammates.

The outbreak of this news first came last month around the web. The fans of the pros and C9 were shocked by the reports as floppy initially wanted to stick with Josh “oSee” Ohm, Johnny “JT” Theodosiou, Aran “Sonic” Groesbeek, and Ian “motm” Hardy. The five players were originally getting help from C9 to transition to another team or be sold.

Please welcome @floppyCSGO back to the #C9FAM as the 4th player of the Colossus! pic.twitter.com/WyRhM516F7

After the General Manager confirms on Twitter that floppy is here to stay, the lineup will feature Alex “Alex” McMeekin, William “mezii Merriman, and Özgür “woxic” Eker. Greer stated that floppy’s signing is within the org’s interest to have an active sixth player. He also shared the Rifler’s contract with $432,000 in a span of three years that started on October 2. This lands floppy to exactly $12,000 each month.

Cloud9 tweets, “A familiar face joins the fray as the 6th page in #C9CSGO’s new chapter… Please welcome @floppyCSGO back to the #C9FAM as the 4th player of the Colossus!” The renewed player sentimentally thanks his teammates that he will be leaving behind, saying it was a difficult decision he had to make. “I’ll miss you guys,” he concluded.

The GM of C9 also clarifies some issues he foresees to be an “Esports ‘hot topic.” He explains that the disparity in salaries was based on individual negotiations with the players. He also pointed out that, though floppy is receiving less than the newly signed players, $12,000 per month is a pay increase compared to his previous contract. HenryG and management will be reviewing the deal, too, each year of his stay. Notably, woxic is receiving $1,365,000 in three years, and Mezii got $4266,000 in the same length.

As it stands right now, the 20-year old American will join his teammates in Europe to build C9’s Colossus project. Kemery also recorded an average of 1.13 rating for this year and is the top-performing C9. This is followed closely by oSee, another pro from the transitioning lineup who HenryG wants to sign. It is unknown if JT, motm, and Sonic will stick together after they are no longer under the org’s helm, especially now that the squad is a man down.

The hyped Colossus project of Cloud9’s CS: GO rebuilding roster was announced early last month. The roster should be completed in time for the Flashpoint season two this November 9.

Prison Architect Is Free To Play For A Couple Of Days

Jan 7, 2021 Chris Miller 3860
Chaos EC crumbled because of the traditional reasons (whatever those may be) after managed to climb up the ranks with a ferocity that hasn't been...

Dec 11, 2020 Chris Miller 21800
Counter-Strike has been readily referred to as the bastion of esports. Simply put, if you were good enough to compete against the top players (and...

Nov 6, 2020 Chris Miller 4290
It has been months since Henry Greer hung up his microphone as an analyst and caster of Counter-Strike to become the general manager of...