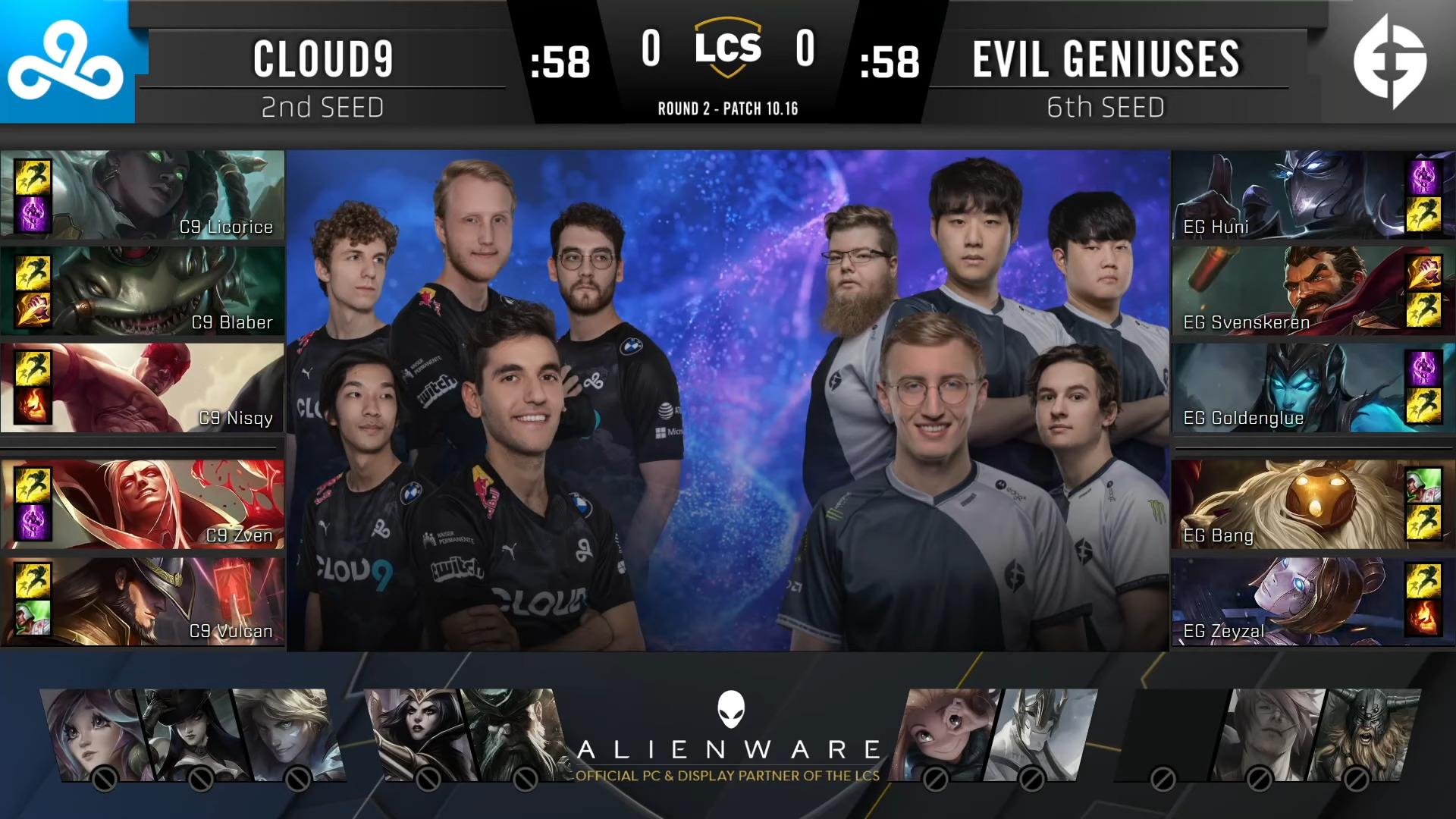 Cloud9 is still punching and thriving in the League of Legends World Championship Summer Split after destroying the Evil Geniuses in the lower bracket playoffs match. Just what the eSports organization’s fans need after their past three messy matches in the tournament. Perhaps, this is the season for the North American to rise above the other regions!

The Evil Geniuses have gone down not without a fight, though. The whole series was very competitive, filled with ferocious team fights and a high-level of decision-making and portrayal of skill. The historic game one, EG managed to collect three Baron buffs but have failed to capitalize on this massive advantage. In return, Licorice and the rest of the squad showed maturity and kept their cool under pressure.C9 out scaled EG in a grueling 46 minute-match and taken the series 1-0.

Enjoy the vacation, with no refunds 😈#C9LoL knock out @EvilGeniuses from the 2020 #LCS Summer Split Playoffs! #C9WIN

One more Bo5 for #Worlds2020! pic.twitter.com/AQVjnXP2lX

EvilGeniuses’ Chinese to laner Huni starts off a couple of the games strong, but the bunch would fell off on their performance during the mid to late parts of the matches. At that point, EG would have a hard time catching up with the Cloud9’s power extension.

Though C9 won most of the series’ team fights, there’s much to be desired from their execution, which the team could have easily been punished by top teams such as FlyQuest or Team Liquid. Whether it’s positioning or team communication during the clashes, C9’s executions looked ungraceful and unorganized. As the analysts pointed out, these are the improvements the victors have to polish when they next face their playoffs foes.

Nevertheless, the 2020 Worlds aspiration for Cloud9 is still alive, especially now that they have a bit of time off to go back to the drawing board and enhance their team engagements with their coaches. The team will next face the winner of the uprising Golden Guardians versus the fan-favorite TSM.

.@Cloud9 complete the 3-0 sweep against @EvilGeniuses and advance to the next round in the lower bracket of the 2020 #LCS Summer Playoffs! #C9WIN pic.twitter.com/sQreW5ZcPJ

Fans at Twitter are rejoicing over the huge playoff win. One fan declares that this is the C9 performance their fans want. Another weighed in on the team out scaling the EvilGeniuses in the late game, stating, “Thank god, so happy to see these drafts with lane dominant bot lane, with scaling tops, and good roaming mid.”

As for Evil Geniuses, the management has a lot to think about for the rest of the year regarding the coaching staff and lineup for potential organization revamp come 2021.

The LCS resumes on August 23 with a playoff match between Team SoloMid and Golden Guardians at 3 P.M. CST.

Jan 7, 2021 Chris Miller 3980
Chaos EC crumbled because of the traditional reasons (whatever those may be) after managed to climb up the ranks with a ferocity that hasn't been...

Dec 11, 2020 Chris Miller 22030
Counter-Strike has been readily referred to as the bastion of esports. Simply put, if you were good enough to compete against the top players (and...

Nov 6, 2020 Chris Miller 4400
It has been months since Henry Greer hung up his microphone as an analyst and caster of Counter-Strike to become the general manager of...