ARK: Survival Evolved Announces An Incoming Free DLC With A New Map Will Land This Summer 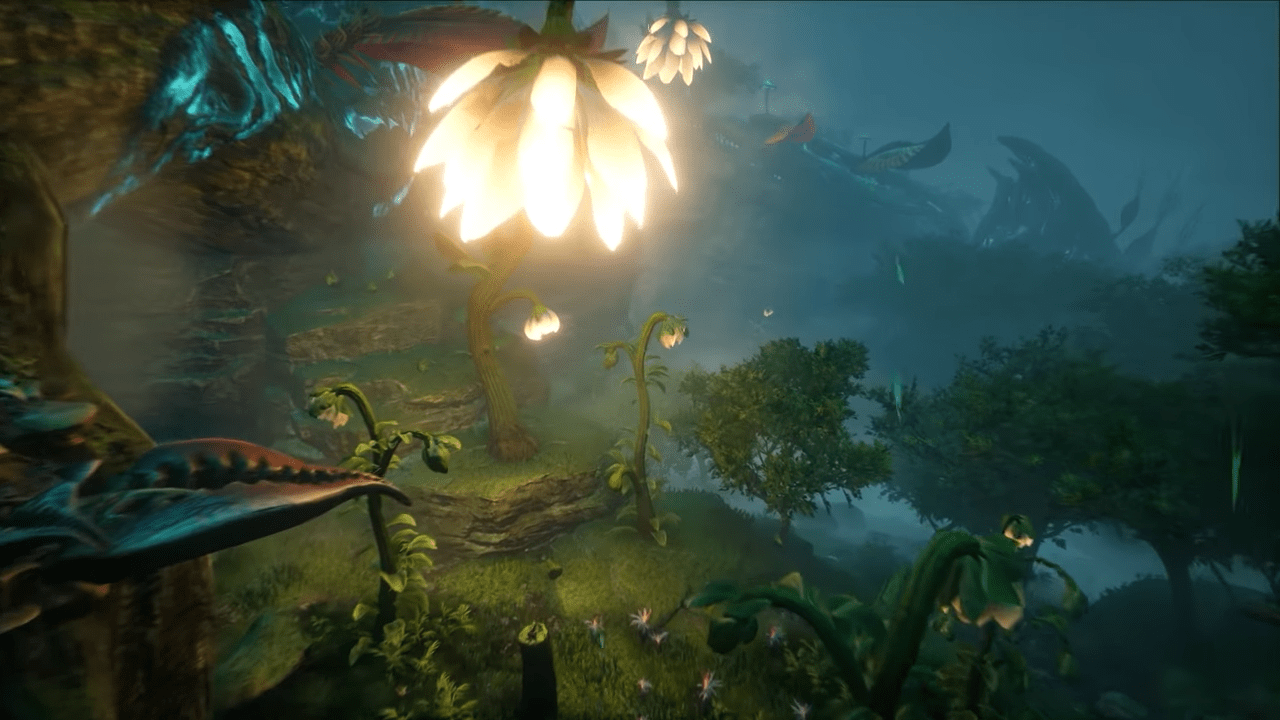 ARK: Survival Evolved is a game that experiences a dramatic swing in how it makes me feel daily, depending largely on which side of the bed I get out on.  Some days, I’m enamored with the staggering world of fantasy, content to grind away my free time as I build an even greater fortress of solitude along with a handful of dinosaurs that I’ve raised since they were babes.  Other days, I’m infuriated with Studio Wildcards consistent missteps in handling the title, from DLC-specific tools being carried over to base-game servers (giving those players an edge against those that haven’t purchased the DLC) to the fact that they somehow normalized selling DLC before the backed base game was finished.

There’s never any in-between; either vitriol or adoration, typically depending on the most recent news.

Today is decidedly a good day for ARK: Survival Evolved, as they have taken to the Steam platform’s community announcements to let everyone know that there is a new map coming to the base game of ARK: Survival Evolved, based off of a popular community map called ISO: Crystal Isles.  It’s also completely free, and players can expect to explore it this Summer when it makes its way to the official game for PC, Xbox One, and PlayStation 4.

Crystal Isles came out originally in 2016 and features a wonderful mix of biomes and flat areas, making for comfortable stomping grounds for any small tribe that is looking for a new map to explore and die on, scattering their corpses high and low as forgotten monoliths to those times that good ideas are executed poorly.

It’s slated to come out in a few months, which means that the developers at Studio Wildcard are likely working in tandem with the three developers responsible for the map; Steam users ‘Isolde Gaming’, ‘Lillian’, and ‘iSPEZZ’ to bring a fair amount of polish to the maps before releasing them to the wild.

While Studio Wildcard continues to work on their recently released Genesis Part 1 that was received with a bit of sourness from the community, they haven’t forgotten about the everyman that is simply playing the game by themselves, content to silently mine the same outcrop of resources for the thousandth time on The Island.

Beyond the Crystal Isles, there are also four mods that were selected by Studio Wildcard to receive a bit of financial encouragement from the studio to the mod developers; the mods all wildly vary from each other and show tons of potential.

There is Dead Survival, which switches out the dinosaur threat for a zombie threat.  The walking undead responds to loud noises, like fireworks and gunshots, and beating back a horde of them takes a bit of teamwork and resources to successfully manage without contracting the plague yourself.  With a host of new items and weapons, including special zombies that will surely challenge even the most jaded survivalist, it’s an interesting new take that may add a bit of new flavor to ARK.  There’s currently no mention as to whether we can expect dinosaurs to help us defend our homes from the zombie hordes.

RP Additional Items made the cut, bringing in a decent number of new furniture, armors, and consumables.  It’s a much-needed influx of items for those that have been surviving in ARK for years now, allowing users to spice up their living quarters with something more than a stack of thirty beds on top of each other.  While Studio Wildcard is high on the idea of using it to roleplay within ARK: Survival Evolved, many will likely find it helpful just to add some flavor to the same bases they’ve been living in for years.

ArkVenture Park brings something new; the ability to add rides and attractions to your maps, turning the dinosaur infested world into a bizarre theme-park for everyone.  You can build rides from minecart tracks to waterslides, and place them around the maps for additional activities.  It seems odd that you’ll be interested in a water slide with a T-Rex is attempting to eat the back of your skull, but different strokes for different folks.  Also included in the mod are electric fences, a Ferris wheel, and various playground equipment.

The final is a classic that many may already be familiar with: Castles, Keeps, and Forts: Remastered.  This mod allows players to build massive sprawling castles with a wide variety of new building blueprints; the mod author is off of his hiatus, and back to grinding the mod to bring new content that allows everyone to live their fantasy of being a medieval lord trapped in a hellish nightmare of pre-historic creatures.

It’s a decidedly good look for Studio Wildcard, even as they teeter between fans adoration and their disdain.

Bitlife For Android Updates To Version 1.23.1 And Adds More Content To Different Aspects Of The Game

Feb 7, 2021 Lisa Nguyen 11990
During The Game Awards, Studio Wildcard announced ARK: The Animated Series. The show is based on the dinosaur series but won’t debut until 2022....

Dec 14, 2020 Jeremy Green 5610
There haven't been that many dinosaur games to choose from over the last few years. That's a shame because these games have their appeal. You get...