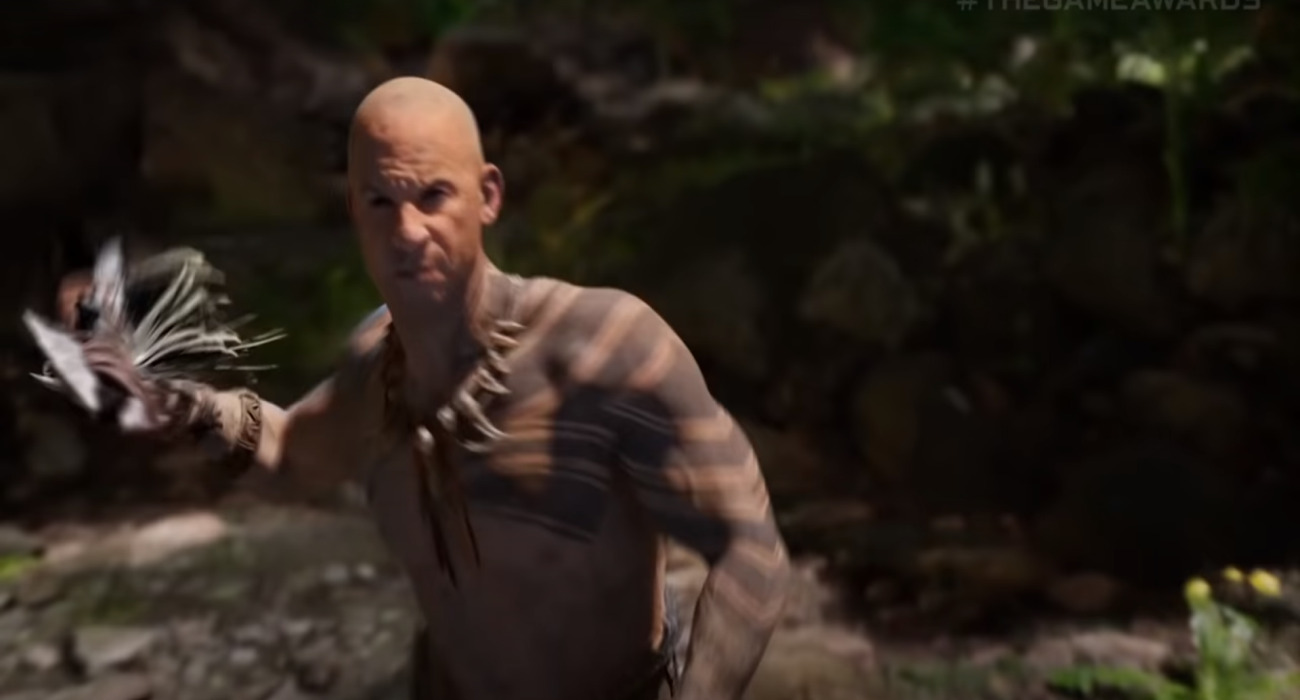 There haven’t been that many dinosaur games to choose from over the last few years. That’s a shame because these games have their appeal. You get to go toe to toe with prehistoric beasts that walked the Earth hundreds of thousands of years ago.

Ark: Survival Evolved was one of the more well received games with dinosaurs as the main subject matter. It had a lot of bugs, but if you could look past them, you were treated to a very open-ended game where you could hunt and tame all kinds of dinosaurs to your liking.

Many were surprised to see an official Ark sequel recently teased at The Game Awards 2020. It was just a cinematic trailer, but it featured the one and only Vin Diesel. You might be familiar with his work in The Fast and the Furious series or perhaps his role as the infamous outlaw Riddick.

Now, he’s set to play a hero named Santiago in Ark 2. Regardless of how you feel about his last few movies, it’s hard not to appreciate Diesel’s ability to captivate an audience. He has a certain presence about him that makes you pay attention to his every move.

It’s a great selling point for Ark 2, a sequel that Studio Wildcard is hoping to elevate in meaningful ways. Diesel’s addition certainly adds a lot to the story, but it looks like that’s not all he’ll be adding to this upcoming survival game.

According to the developer, he’ll also be acting as an executive producer. What that entails isn’t exactly known at the moment, but it is cool to see Diesel having a larger role rather than just being in the video game with his likeness and voice.

Is Diesel’s involvement enough to help Ark 2 improve upon the original in meaningful ways? That remains to be seen, but at this point, it couldn’t hurt. The game instantly grabs headlines for the iconic actor’s addition and maybe he can play a key role in development.

Ark 2 is currently set to release on the Xbox Series X and Series S as an exclusive, but it could still be a timed exclusive. Still, it could be a unique game that gives Microsoft’s next-gen console an edge on the competition. That’s the hope anyway.

If you’ve paid attention to Vin Diesel’s movie career over the years, you can bet he’ll have a huge presence in the story and be involved in some pretty over the top sequences. Just look at the trailer above. It’s dripping in masculinity.

Dec 14, 2020 Jeremy Green 6420
There haven't been that many dinosaur games to choose from over the last few years. That's a shame because these games have their appeal. You get...