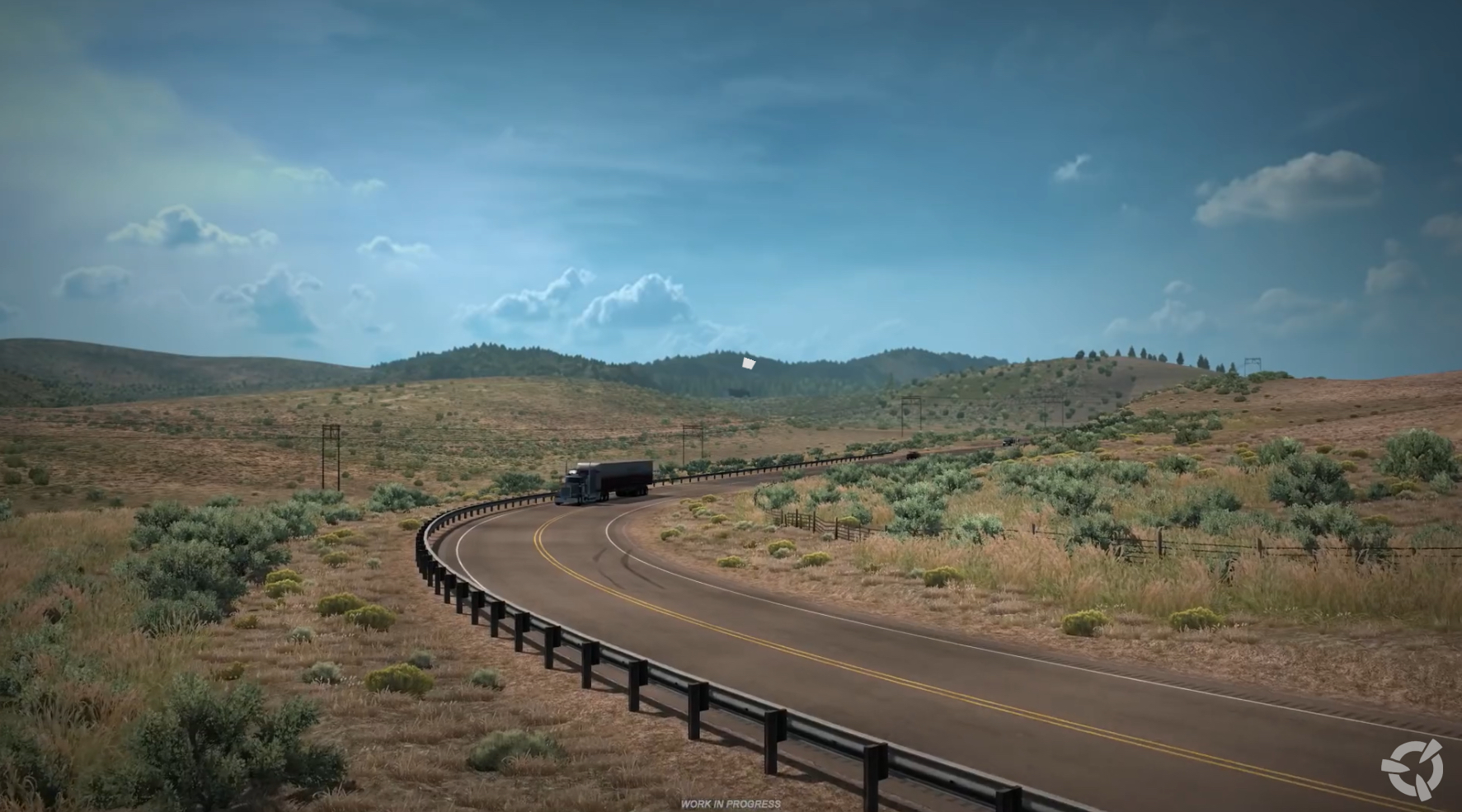 American Truck Simulator is one of the most authentic simulators on the marketplace today. It gets the trucking industry down perfectly, from the realistic mechanics to the awe-inspiring locations. The game has now been out for four years and it’s still receiving DLC on a regular basis.

More DLC is on the way and part of the fun with this latest update was the fact that fans got to guess the location. The trailer that released earlier in the year showed mountain ranges and vast open roads. A couple of locations came to mind, including Montana and Colorado.

Well, we now don’t have to keep guessing — although it was quite fun — because the developer SCS Software has disclosed the location on their official website. Drum roll, please. And the location is the beautiful and mountain range-filled Colorado. If you guessed it right, go ahead and give yourself a pat on the back!

The latest addition makes it the ninth state in American Truck Simulator, alongside great states like Arizona, California, and Oregon. Colorado is a beautiful state if you’ve never been there before, featuring mountain ranges and grassy fields of pure bliss. It’s only right that the developer would add it to the mix. Players now have a lot of location diversity to look forward to.

There isn’t an official release date for this Colorado DLC, but it wouldn’t be surprising to see it being added here in a couple of months or sooner. If you’re a fan of this truck simulator, you’re probably jumping up for joy and ready to get your trucking on. The massive mountains will be breathtaking to stare at as you try to move your precious cargo up windy roads.

The twists and turns will definitely present an interesting challenge for users, even those who’ve played this game since the beginning. You can bet you’ll have to get your turns just right as you hit turns with other passengers in the opposing lane. The slightest miscalculation could be costly and cost you a lot of money. These real-life decisions and mechanics are a reason why American Truck Simulator has gone on to achieve a cult-like following since releasing.

With this upcoming Colorado DLC, it seems like the developer is keen on keeping the game going strong into 2020. Who knows what other awesome states we’ll see at a later date? We still have popular locations like West Virginia, Texas, Montana, and Connecticut to look forward to.

Jan 25, 2021 Jeremy Green 4410
Covid-19 has been such a terrible virus that has plagued a lot of industries, including the gaming sector. Developers and publishers have had to...

Dec 17, 2020 Jeremy Green 5350
December has really just rolled right along. We're just a week out from Christmas and you can tell developers are getting festive with the themed...

Nov 8, 2020 Jeremy Green 7710
American Truck Simulator has been consistent in delivering authentic trucking experiences for those that want a taste of the trucker life. It has...