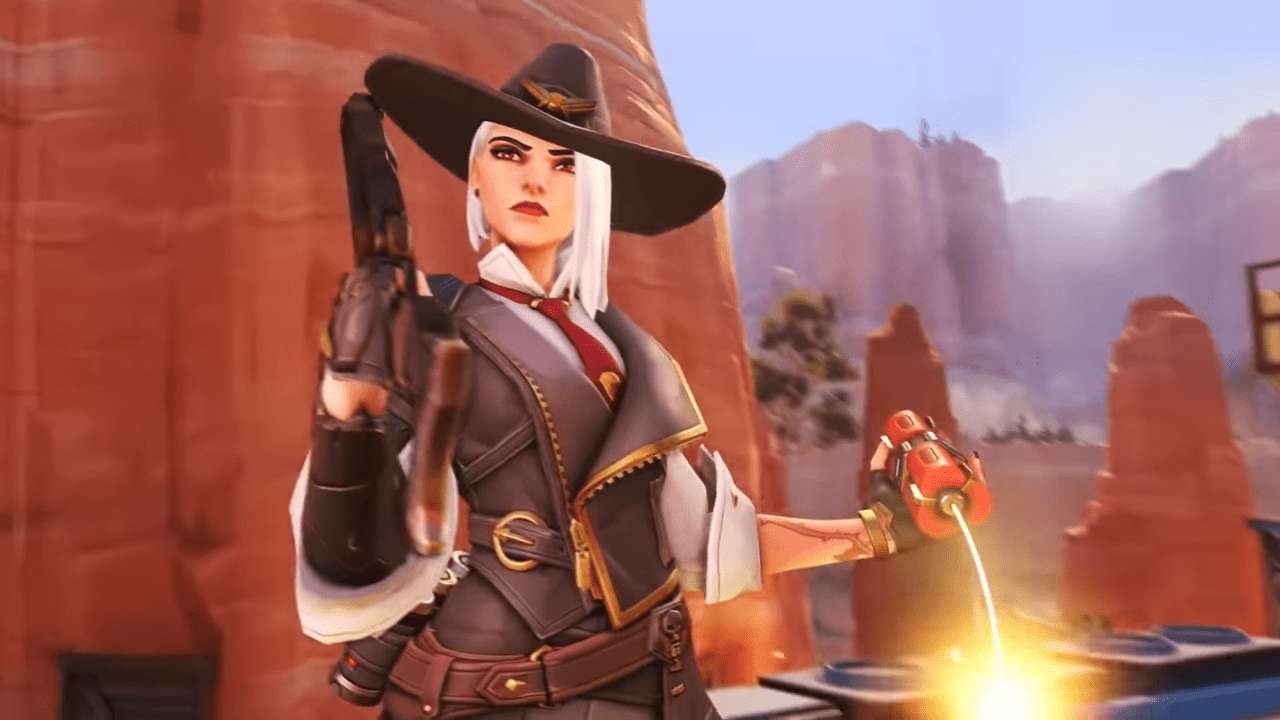 Ashe may be the most underused hero in the entirety of the 32 hero Overwatch roster, at least as far as DPS is concerned.  Genji is likely there in the bottom as well, after enjoying a wealth of time in the spotlight during the first year after launch, giving players like Brandon ‘Seagull’ Larned a massive boost to popularity with an innate understanding of the original dive meta and ungodly competence.  Fans on social media have been asking Blizzard to rework Ashe a bit to make her more playable in matches without instantly being reported for intentionally throwing a game.\

We’re in the fourth week of Overwatch banning new heroes weekly in an attempt to spice up the meta’s that has frankly become a bit stale.  After being locked into meta’s for multiple months of each (Dive, Moth, GOATs), Blizzard has finally brought hero banning as everyone has been asking for.  Except they’re the ones doing the banning, based primarily on percentages of playtime that each hero receives.

This week is something new entirely.  Four DPS heroes have been banned for the week in competitive play, featuring three popular hit-scan heroes.

Widowmaker has been removed for the week, making long-range engagements difficult to come out on top with.  While the lightly asphyxiated hero tends to divide the player base between those that can reliably hit shots with her, and those that get hit by her, there is still a wealth of counterplay that can be used to usurp her typically precarious perch.  Hanzo will be the likely replacement for Widowmaker in matches that need long-range pressure.

McCree is the second hit-scan DPS out for the week, removing his flashbang and burst-target DPS.  Mei will likely be a suitable replacement in competitive matches in the meanwhile, meaning her frozen throne is still unchallenged as a must-pick, even more so if there is decidedly intense on-point pressure.

Soldier: 76 is also taking a seat on the couch for this week.  Both McCree and Soldier: 76 means we’ll likely experience a wealth of Pharah in our matches, teamed with Mercy, with little way to shut them down.  The only counter left for that match-up would likely be Ashe; more so when you consider that D. Va, the standard Pharah/Mercy counter, is the sole tank placed on the bench this week.

The support hero that has been rotated out is Baptiste, meaning players will have a difficult time countering Pharah/Mercy unless they specifically have an Ashe on their team.  Kind of feels like being railroaded into a certain playstyle and team configuration, but it’s Blizzard’s game; they can do as they see fit.  If you don’t team up with a decent Ashe, expect a fun week of getting curb-stomped.