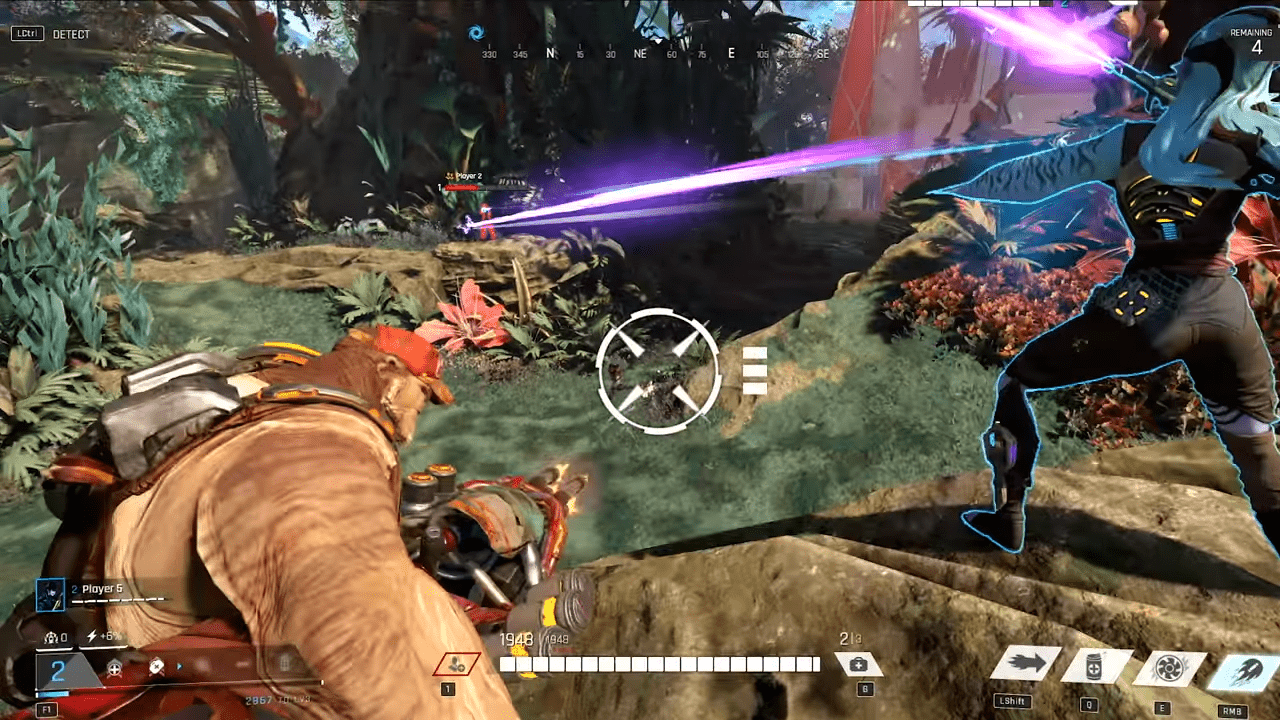 It’s not a very well kept secret that the video game industry is profiting like never before, even removing the current pandemic from the equation (which has only helped bolster the stock of developers ready to exploit demand). It’s also known that Amazon has been dipping their toes into the proverbial water of video games, as they’re simply out of industries and workers to exploit.

This brings us to the game that they’re acting as a publisher on, while the development studio Relentless has the unfortunate task of being one of the first developers to work with the corporate giant. The game is called Crucible, which is fitting; there’s a massive trial ahead of Relentless Studios with the release date coming in just eleven short days.

The primary reason for this is because, frankly, this is a game that we’ve seen before in a wild variety of flavors. Don’t just take our word for it though; watch the reveal trailer yourself.

Crucible is a team-based PvP action shooter with various objectives that play will be the center of action through various matches. There are also PvE elements mixed in, but thus far it appears that PvP is the primary draw of the title.

A new flavor of well-stomped ground: Overwatch, Valorant, Paladins, Bleeding Edge, Hunt: Showdown, Team Fortress (2), and the list grows even longer when we really open up the constraints to titles such as Smite and other MOBA flavors. The Alpha Hunters game mode appears to be included for the inevitable battle-royale that more companies are eager to get in on, due to their replayability along with ease of carting cosmetics and other gated transactions to players.

WIth an eclectic cast of characters that have all been personified in one way or another, various unique abilities and gunplay, all taking place on various maps.

It’s free to play, and there’s already a Steam page crafted in advance to its release on May 20, 2020.

It’s this arguable over-saturation of the genre that rendered Bleeding Edge almost dead on arrival; fans are tired of replaying the same events with new flavors, new boisterous colors and edgy cutting dialogue that simply starts appearing derivative after a lengthy period of time.

While Crucible is coming out soon and doesn’t appear to be bringing much new to the table, there’s always plenty of space for second and third impressions.

Further, being backed by the corporate giant Amazon means that they have plenty of pocket depth to keep the gameplay fresh for years to come. There’s still a chance that the depth of gameplay will astound players when it finally does come out, it’s simply difficult to look past the packaging at the moment.

Rumors Are Circling That Diablo 2 Resurrected Is Coming Out Later This Year, Frightening Original Owners

Aug 11, 2021 Harry Alston 1790
The New World closed beta was a huge success. It saw consistent viewership across Twitch and over 25 million hours played by the thousands that took...