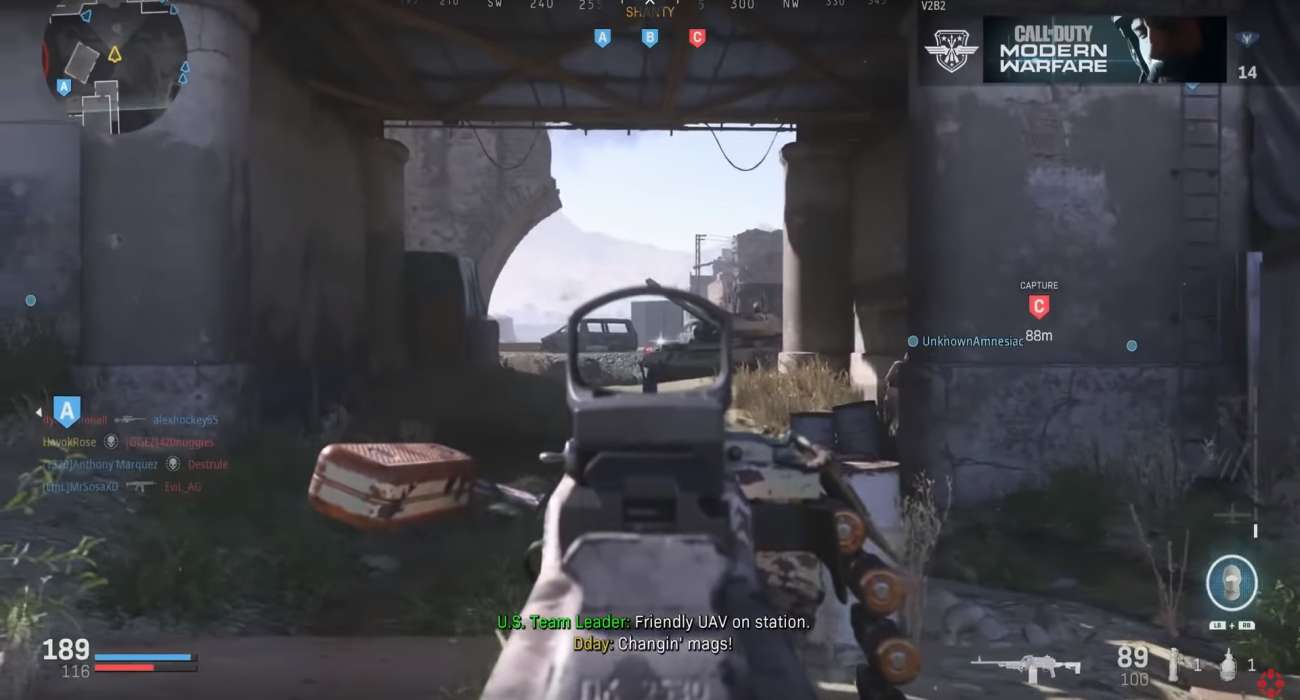 Infinity Ward’s latest first-person shooter is Call of Duty: Modern Warfare. Every time one of these games comes out, it gets the gaming community buzzing. This latest installment is particularly good in regards to its gun variety, modes, and maps in online multiplayer.

The base maps have provided plenty of excitement, and it appears players will have even more opportunities to wage war on some memorable battlefields. That’s according to a recent leak that occurred on Reddit over the weekend. There isn’t a date on when they’ll appear, but considering how many maps are coming, it would make since that the developers would gradually introduce a couple here and there every month.

Some of the map names that were leaked include TV Station, Super, Sub Base, Lumber, Layover, Lowline, Milbase, Prison, Cage, Hook, And Shoot House. There are around 30 on the list, which is pretty amazing to contemplate. It should make online multiplayer an even better aspect of this latest installment.

If these map leaks turn out to be true — which is a pretty safe bet — then Call of Duty: Modern Warfare will be an even more amazing first-person shooter experience. The developers really took time to get every major detail perfect; they deserve a lot of praise.

The various multiplayer modes give you so much content to enjoy once you’re finished with the main story in the solo campaign. Gunfight has been popular out of the gate despite its difficult nature. It’s a new 2v2 experience that involves outlasting or eliminating the opposing squad. What’s unique about Gunfight is you don’t choose weapons. The mode selects them for you. The action is fast-paced and involves a lot of teamwork.

Then you have Ground War, a large mode that supports up to 100 players. The maps are much larger and there are numerous ways you can move about them, such as in heavily-armored tanks. These large-scale battles are pretty unique for the Call of Duty franchise. They almost feel like the bigger battles in the Battlefield series.

Overall, Call of Duty: Modern Warfare has been a success on almost every front. Infinity Ward wanted to deliver something that fans of the series could really get behind, and according to this recent map leak, the game is just getting better and better. Now’s the perfect time to jump back in the series if you’ve been absent in hopes of noteworthy changes. Who knows what Infinity Ward will do next?