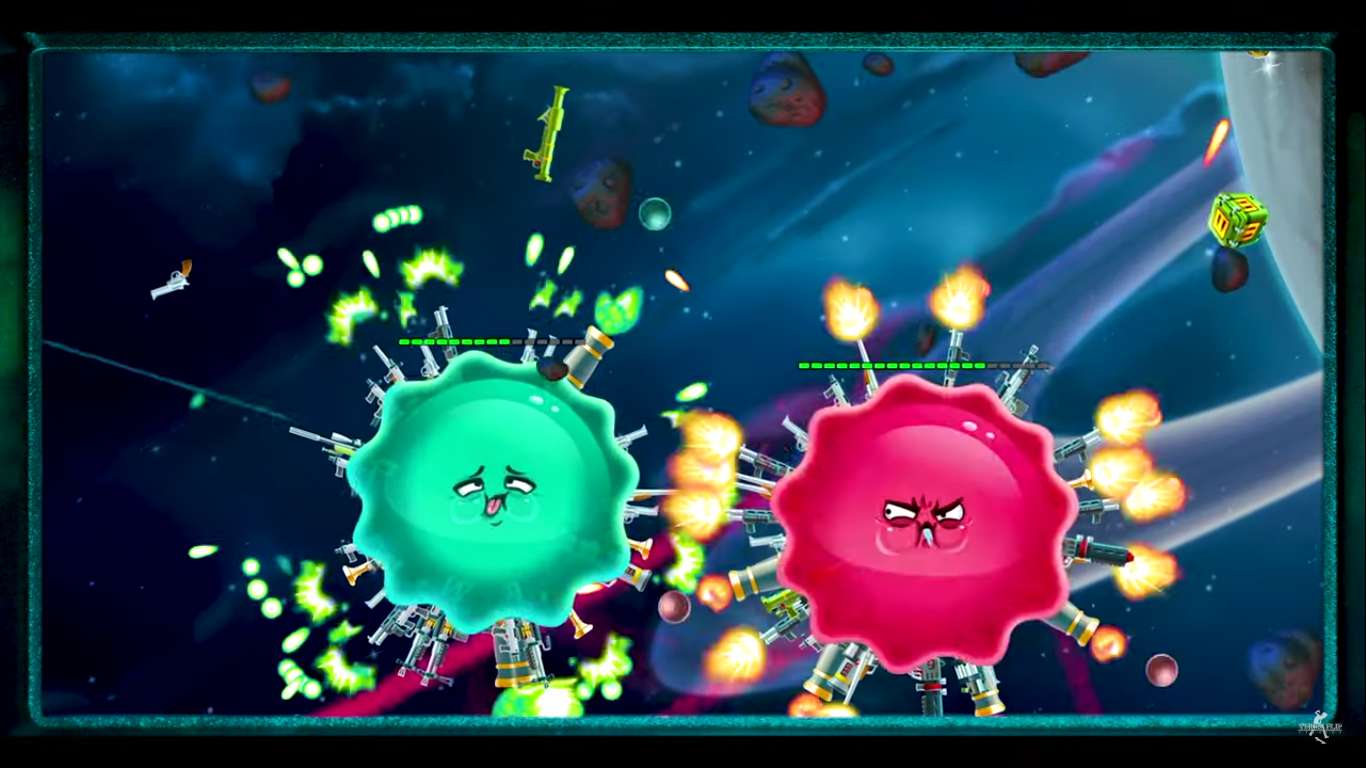 A new multiplayer arcade space shooter has appeared to bring violent blog madness to PC and Consoles. Three Flip Studios title Armed and Gelatinous is set to release on PlayStation 4, Xbox One, and PC in the third quarter of 2020. The game will be debuting its new Food Fight and Dodgeball multiplayer modes alongside a single-player Target Practice campaign at PAX East 2020.

If you have ever wanted to play as a giant floating space blob with guns, then this is the perfect game for you. Absorb your weapons and unleash bullet mayhem against your enemies. Take to much damage? No worries, simply eat some space tacos to regain lost health.

This is a game of blob warfare in space. Armed and dangerous, they float around, blasting each other to bits in a unique couch-competitive multiplayer environment. This is, in its core, a part game as it comes with a variety of modes intended for quick pick up and play use.

Each player gets to take control of a gelatinous blob and then bast their way to victory. Each weapon you attach to your blog will cause it to grow, slowing it down and trading your speed for additional firepower. If you are too greedy, you will get too big and eventually pop under the blasting power of your friends.

There are tons of weapons to collect, and gathering a bunch does have its plus side. As you get bigger, you get more health, making you a much tougher opponent to defeat. That being said, smaller blobs still have the speed advantage, and their supercharged Dash can go much further. Maneuverability vs. firepower, the choice is yours.

The game comes with tons of match types for you to experience. Point, time, stock, combo, soccer, and bombardment add a varying game experience for increased replayability. You can even create custom matches by setting the target point count, timer length, number of lives, and tons more. An unlockable arsenal menu will even let you limit the weapons that appear, allowing for all RPG matches or even no weapons at all.

This game will be available in the third quarter of the year on PlayStation 4, Xbox One, and PC. 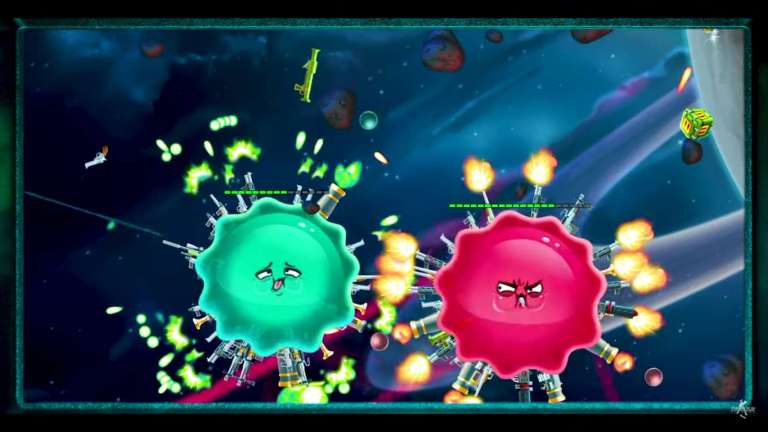