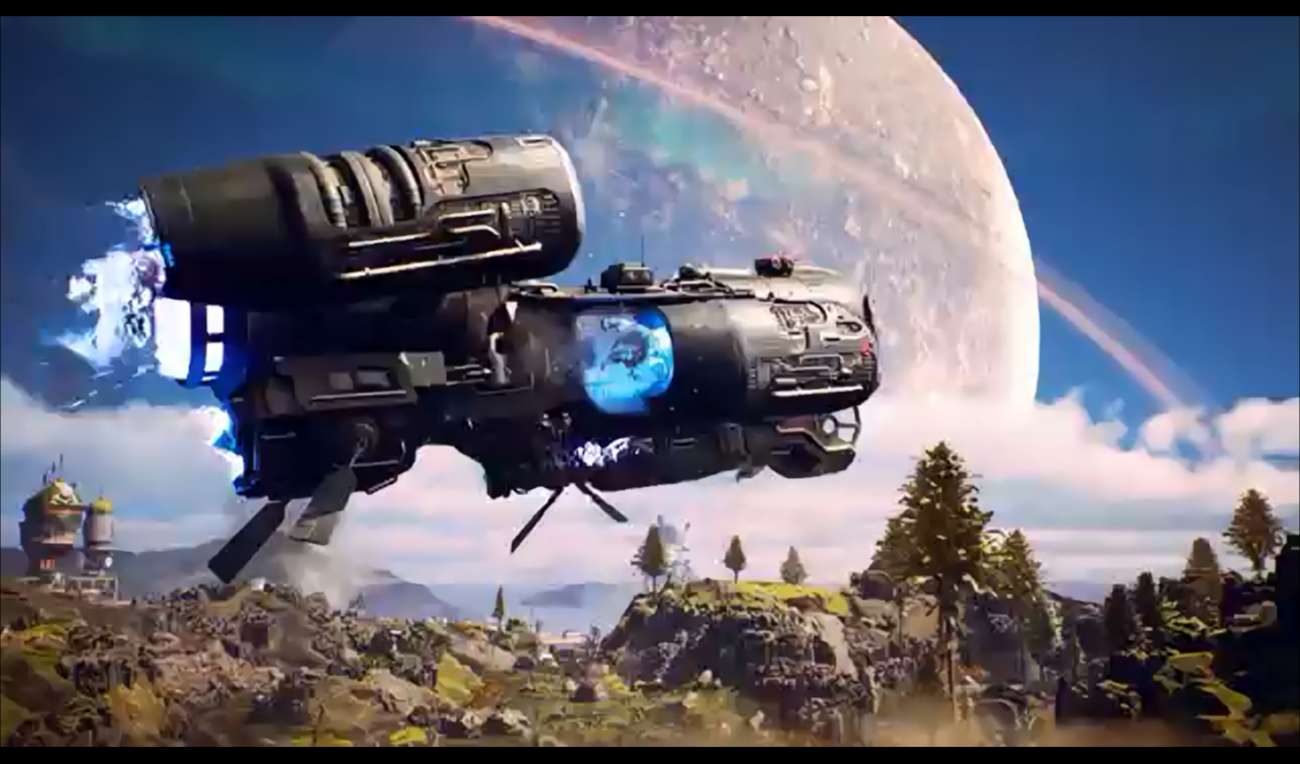 One of the more intriguing space titles coming down the pipe in October is The Outer Worlds. It’s a game about exploring different planets, where you’ll encounter potential friends and enemies. The game has received a couple of trailers already, which paint some exciting scenes. We fortunately just got another that highlights a little bit more of Halcyon.

The trailer plays out like a tourism advertisement or a call to join the force, much like the propaganda heavily featured in Star Ship Troopers. The music is upbeat and the narrator has a commercial tone that actually makes you tune into his every word. The point of the advertisement is to get you to come to the Halcyon Colony.

We learn that the colony is owned by some of Earth’s most wealthiest corporations. Guests here are guaranteed full employment, which doesn’t sound like that bad of a gig. The trailer then showcases one of the colony’s worker districts, Terra 2.

What’s funny here is the narrator’s description of it. He claims there’s modern amenities and gourmet food, only that couldn’t be further from the truth judging by the footage. It seems like a broken down coal-mining town, to be honest. It’s clear the people in charge of Halcyon Colony are doing everything they can to paint a more pleasant picture.

We then get to see another post you’ll get to apply for in Monarch. It seems like a much more fascinating outpost to be stationed at, teaming with alien life. That being said, there probably will be more threats you’ll have to account for. Every journey out into the unknown could spell trouble, so you’ll want your character to be well-equipped for anything.

According to this trailer, Halcyon will have a colony for every type of character you want to create. This is great to see from the people at Obsidian Entertainment. It makes your journey feel more personal and important. What you experience will be completely unique to you based on the colony you want to be stationed at. The two featured in the trailer seem like polar opposites. What encounters and adventures you want to have is entirely up to you.

If you’re not excited about the unique and beautiful environments in The Outer Worlds based on this trailer, then you better check your pulse. We’re just a little over a month away from this highly anticipated game’s release. It’s shaping up to be one of the better games this year, that’s for sure.