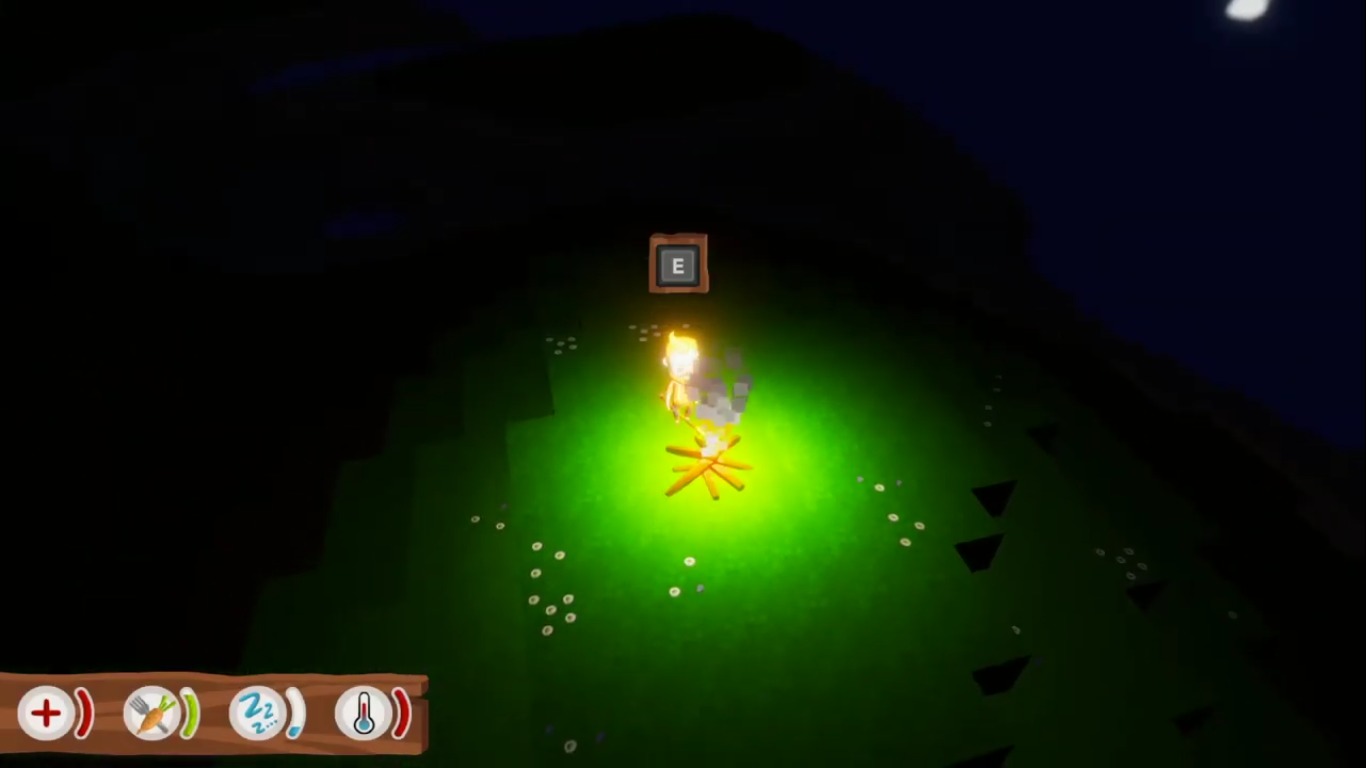 Explore, survive, thrive on a deserted island in this upcoming indie game. In Isle of Spirits, you find yourself castaway on an island with only your wit to survive. Avoid the elements and ensure your own survival in a relaxing low-poly world.

The game has been developed by Silver Bullet Games and is setting sail for Steam and Xbox One. The game includes several challenging aspects that similar genre pieces do not have, including sleep requirements and permadeath features.

This is a calm and relaxing survival game that allows you to build a home and survive in several different microclimates. There are tons of supernatural phenomena and dangerous natural disasters that will offer a challenge to even the most veteran gamer. The island provides everything you need to live, but is also full of dangers ready to end your life.

The island itself is procedurally generated, giving you a randomized world in every playthrough. Craft items and tools from materials found on the island and explore an infinite world made of colorful blocks.

This is a crafting adventure with farming features. Build a life on the island where you can protect yourself against hunger, nature, and sleep. As you continue to make a new life on the island, you will find that survival is more difficult than in other games.

The biggest feature that the game provides is permadeath. Every time you die, you must begin a new adventure on a brand new island giving the world a sense of permanence, and always threatening lost.

Isle of Spirits is more than a simple name. Aside from the natural dangers, the island is full of spirits that want to kill you. They wander across the island, seeking refuge and do not like to be disturbed. Beware the danger of spirits, on the island that they make their home.

The ultimate goal is to escape the island. By carefully planning and crafting your way through the game, players can become the masters of the environment. Eventually, you either make a life on the island or move on to somewhere far away.

For more information, be sure to explore the Steam Page and check out screenshots of the game. There is a trailer already released, and a community starting tog rather around this survival game.

Isle of Spirits will be available on June 10 for Steam and Xbox. The release of the game is sure to provoke in-depth exploration into the far unknown of this haunted island.

Blizzard Reaches Out To Community For Feedback On Current World Of Warcraft: Shadowlands Alpha Build