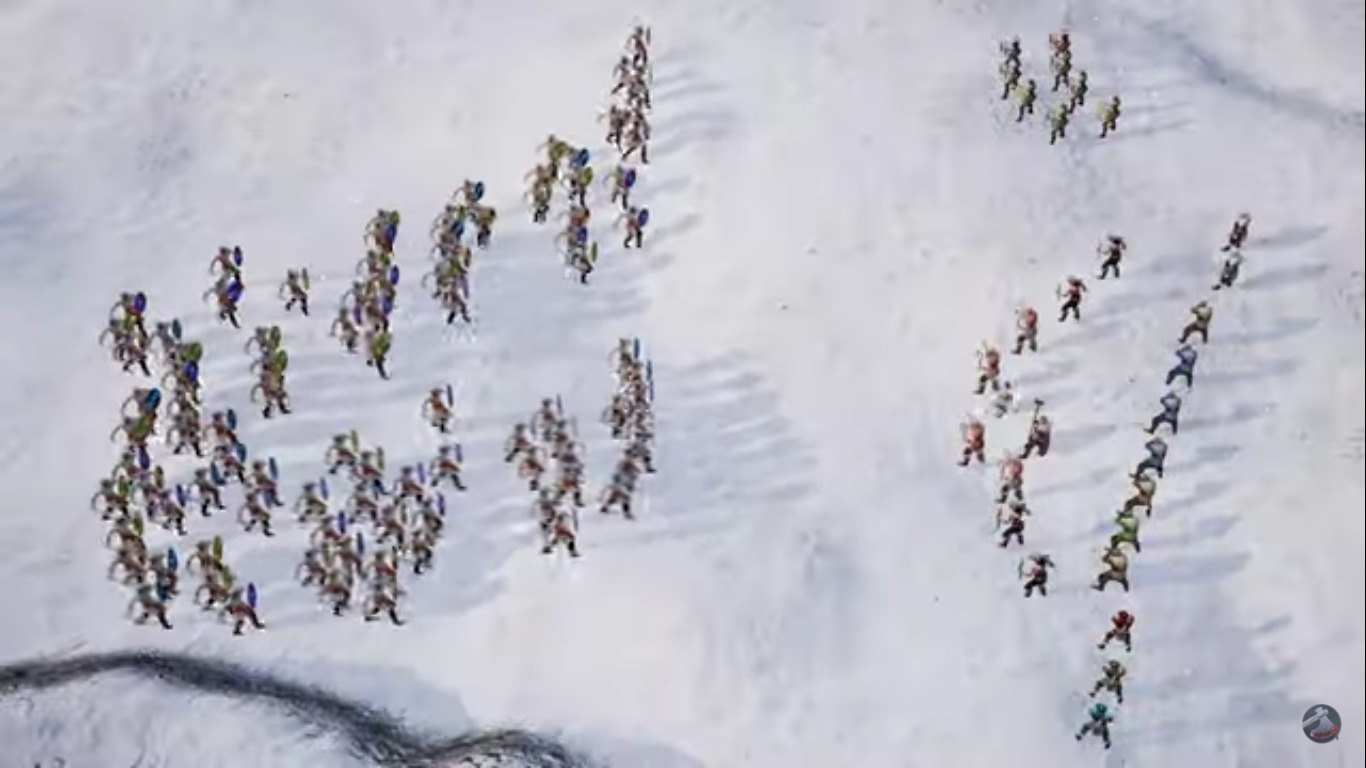 Mashmashu Studio has declared a release date for their upcoming title Nordic Warriors. Alongside a playable demo, this indie title has a trailer and screenshots already posted on their Steam Page. This indie title looks like an intriguing strategy game that brings the violence of the Viking era to players.

Experience real-time tactics in a world that is struggling for survival. Be smart with your tactics and go face to face with demons, gods, and more as you battle to the mythical gates of Hel.  Be sure to check out the free demo before committing to a purchase of this interesting title.

Nordic Warriors is a real-time tactical warfare game within the nightmares of the warriors. Using your brave soldiers you will fight against endless hordes of undead and take on Hel itself. Take advantage of terrain and make sure to use your Hero abilities to lead your forces to victory.

Similar to its inspirational series “Myth,” this game uses troop commands and real-time tactics to commit war. Combine your tactics with powerful troops and survive Ragnarok.

There are tons of different friendly units to become acquainted with. Whether you use blade or magic, players will do battle across tons of different landscapes. As you battle through 14 different levels of mythic mayhem you will find the game challenging.

Three different levels of difficulty provide a varying challenge for players. As a Viking, it is your job to slaughter anyone and anything that is in your path, and sometimes blow things up for added effect.

There are lost artifacts spread throughout the game. As you explore the world, you will find tons of armies guiding priceless treasures ripe for the taking. Using your armies, you can defeat these horses and claim the treasure as your own.

Embark on an epic journey and follow the compelling storyline to reveal a shocking secret about your life. Using your skills, you will transverse the unknown and find a never-ending supply of mythical creatures.

There is tons of different ways to battle through this game. More information can be found on the Steam Page along with a story to further explain the upcoming campaign. The free demo is also available through Steam for those interested in trying the game.

Nordic Warriors is planned to release on June 19, 2020. The game will be available for PC through Steam. Once the game is released fans can expect community updates and more content added eventually to the title.

Sep 15, 2020 Harry Alston 25530
Unpacking is a little gem I've had my eye on for a while, and with a recent trailer, it looks like the game is nearing completion for release in...