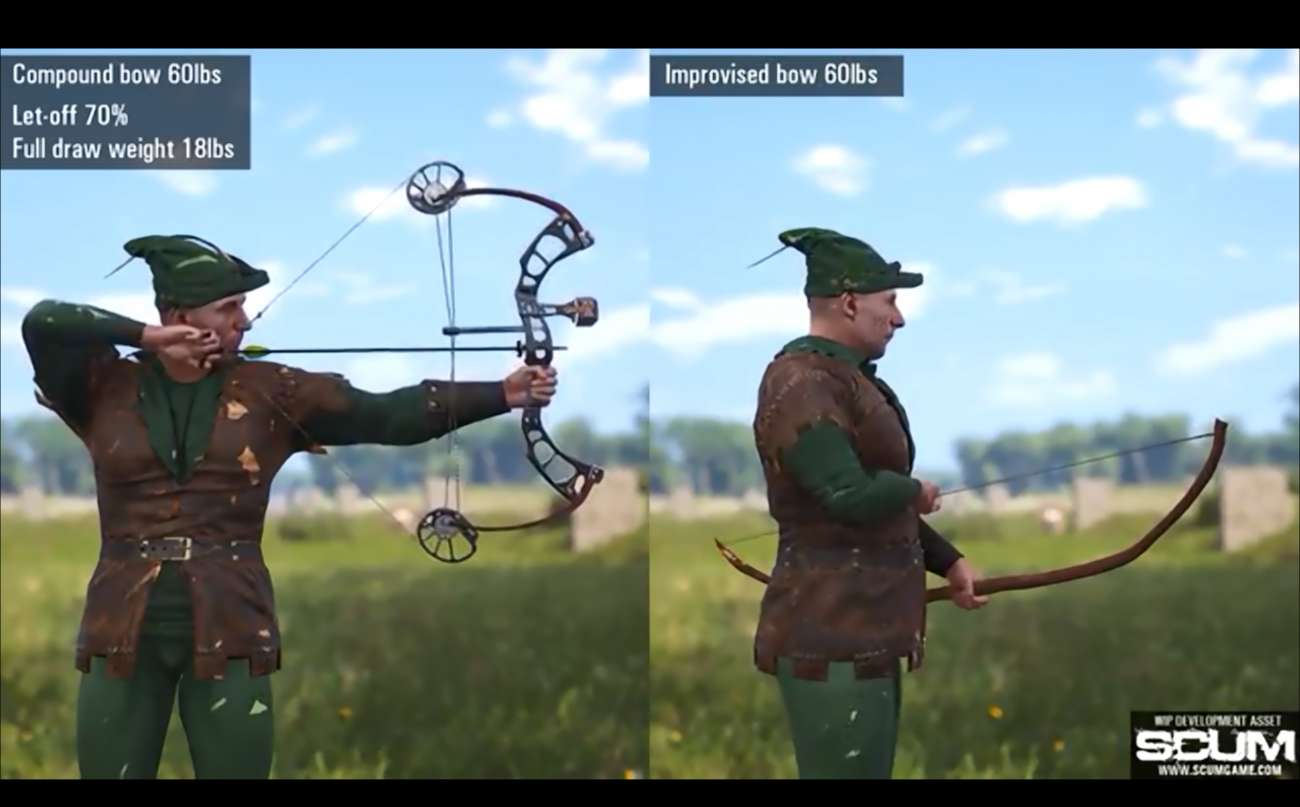 Very rarely do gamers get archery games. This is a specialty niche that does have its fair share of hardcores, yet developers don’t really broach the subject matter. Luckily, fans of this amazing subculture and sport get to look forward to SCUM.

This online multiplayer by Gamepires features survival, and a huge aspect of surviving is mastering the art of the bow and arrow. Never before have we quite seen this segment of combat captured so realistically.

To show off this game’s exceptional archery mechanics, a new development video was just put out. It starts out by breaking down some of the various bow options you’ll have access to. First up is the long bow. You’ve probably seen this weapon depicted in ancient battles. It doesn’t have the most advanced design, but it doesn’t need to.

Next up is the recurve bow. It’s much smaller and a lot noisier than the long bow. It thus doesn’t seem like a very good bow to use if you’re looking to take a stealth-based approach against enemies in this online survival game. That being said, its compact design makes it a much more powerful bow to use.

Then, we have a modern compound bow. It’s probably used the most today by hunters because of its advanced design. Despite being more advanced, it seems like it’s extremely easy to use and quite powerful.

The development video then shows a first-person viewpoint of each bow in action. Right away, the graphics look amazing and the mechanics seem true to what you would find when using a bow in real life. The developers really knew what they were doing when creating this portion of the combat.

We then learn a little bit about each bow’s components. We see where each bow should be aimed in comparison to the enemy up in front. This seems like the perfect video to watch if you’re looking to master bow mechanics before jumping headfirst into SCUM and getting into the thick of the action.

The mechanics of archery are also shown in this video. They just highlight the in-depth nature of this game. If you’re a fan of archery, SCUM seems like a game right up your alley.

If you’re looking to check this game out and experience these intricate archery details, you can head on over to Steam. It’s currently in Early Access. From everything shown, it looks impressive.

The Popular VR Worlds Will Be Much Cheaper Thanks To Amazon Prime Day; Promotion Starts This Upcoming Monday