A new game is coming from Summerfall Studios. This game has been inspired by musicals like Wicked and Hadestown and allows players to get a choose your own adventure style within a digital musical. You take the role of Grace, a singer who must prove that she is innocent after a magical Muse dies on her doorstep. You are given the powers of song and thrust into a strange new world of mythological beings.

There is a very strong team behind this project. Summerfall Studios is a new Australian game devlopment studio led by David Gaider and former Dragon Age writer Liam Esler. These two have joined forces to create a new magical experience and used their own connections to pull together a strong team in an indie development world.

The game is meant to be a musical with a complete focus on character and story. Big moments happen in song, and it is up to the players where the song goes. This requires a ton of skill on the writing side, but the voice cast has got to be strong as well.

This is where Laura Bailey comes in. Bailey plays the role of Grace and under the direction of Troy Baker, sings the lead role beautifully. You can hear her singing in the trailer found above and experience first hand the magic that is in store for this game. Summerfall has also gained the talents of Austin Wintory, who is best known for Assassin’s Creed Syndicate soundtracks.

Like any good choose your own adventure game, Chorus will take you on a lyrical journey you control. You will find adventure, romance, and strange creatures as you sing from ballad to ballad in a desperate attempt to prove Grace’s innocence.

Not much is known about the game otherwise. It is a choice-based dialogue game, and your options are restricted by your character’s traits. It seems to play similar to a visual novel, and many are easily seeing the design elements from the famed Dragon Age writer.

A big part of the game is the flow. This is the ability that Grace has to draw people into the song itself. You make choices that build up the flow and pull them into a musical moment. This flow can also be used to change the song at the end and alter the world in some way.

Summerfall Studios is crowdfunding the game via fig.co. The game has already raised over $100,000 of its $600,000 goal. Donate and keep that momentum going so that Chorus can make it to the big stage.

A New Fortnite Leak Has Surfaced And Seems To Confirm A New Map, And A Re-Branding As Fortnite: Chapter 2 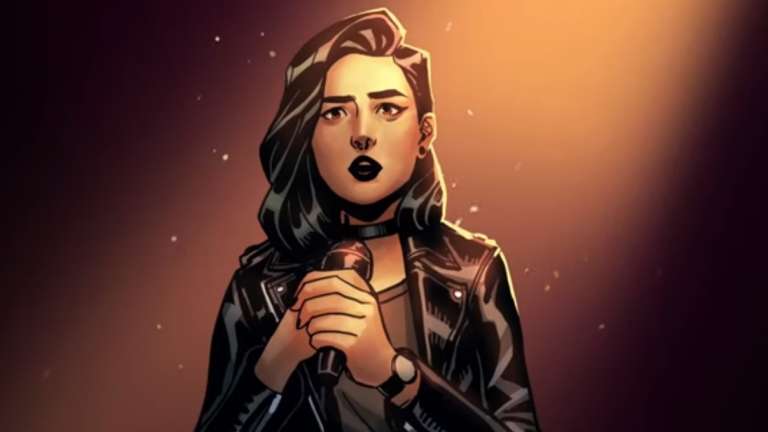 Oct 11, 2019 Joshua Goodpastor 3090
A new game is coming from Summerfall Studios. This game has been inspired by musicals like Wicked and Hadestown and allows players to get a choose...