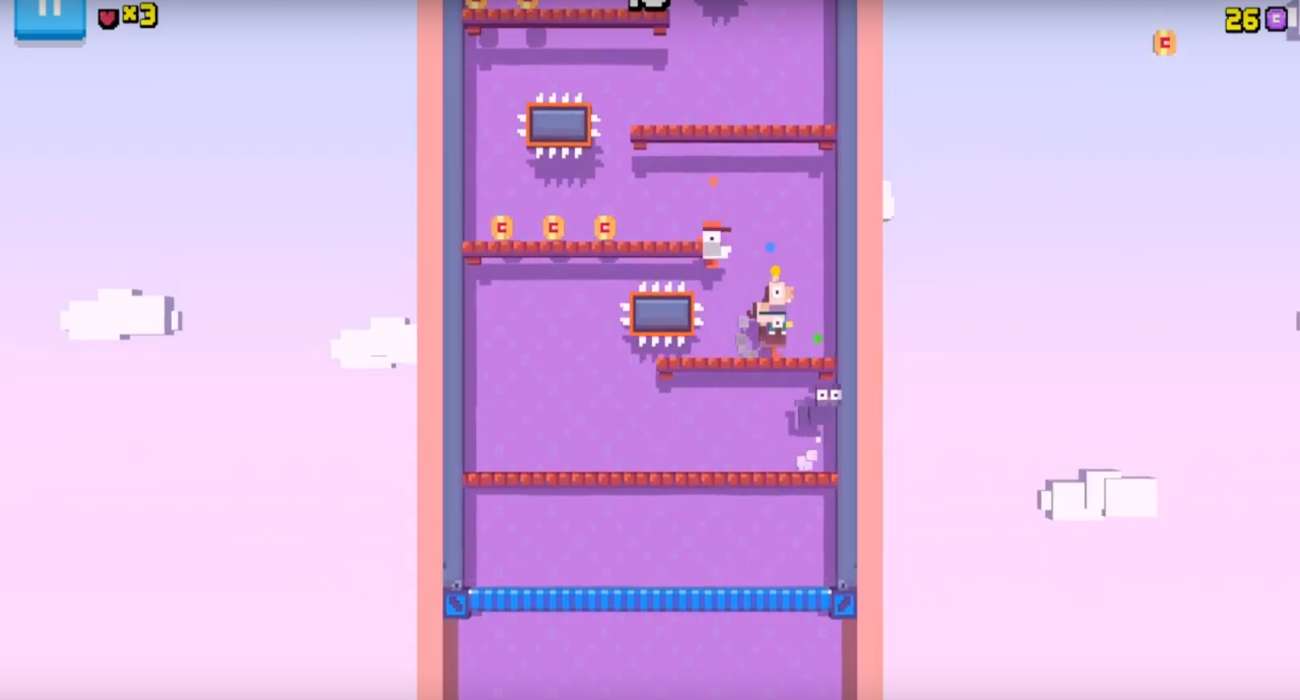 Apple has always had its hands in the mobile gaming marketplace in some fashion. People who have an iOS device can get on the marketplace and download a bunch of free games to their liking. It was only a matter a time before Apple created a platform where people could pay on a month to month basis and gain access to high-quality games. That’s what Apple Arcade is.

A subscription to this platform is just $4.99 a month, and there are a ton of exclusives you can’t get anywhere else. A new game is heading to the platform called Crossy Road Castle. This is a re-imagining of a game that came out a couple of years ago — which received positive reviews at the time.

Developed by Hipster Whale, this new version plays completely different compared to the original. It has a 2D design with an emphasis on multiplayer. It’s currently set to release on the platform later in the year. Up to four people will be able to play a session together. It seems like more and more games are taking the multiplayer approach. It’s a great way for users to connect with others, whether it’s friends or complete strangers.

The premise of this game is simple, but very addicting. The point is to climb to the top of a castle. As you progress in the game, you have the chance to earn coins that can be used to buy all sorts of items. The longer you play, the more difficult the game gets.

The style and visuals are like the original Crossy Road, which is great to see. There are plenty of characters you can play with, as well as hats to collect. The customization will keep you coming back for more time and time again.

The major differences between this latest game and the original is the castle design. It may take fans of the original some time getting used to, but overall, it’s a pretty great mobile game for Apple Arcade. As you climb up each section, you’ll run into different enemies and have the opportunity to collect unique items. Even better, this mobile game will support PS4 and Xbox One controllers.