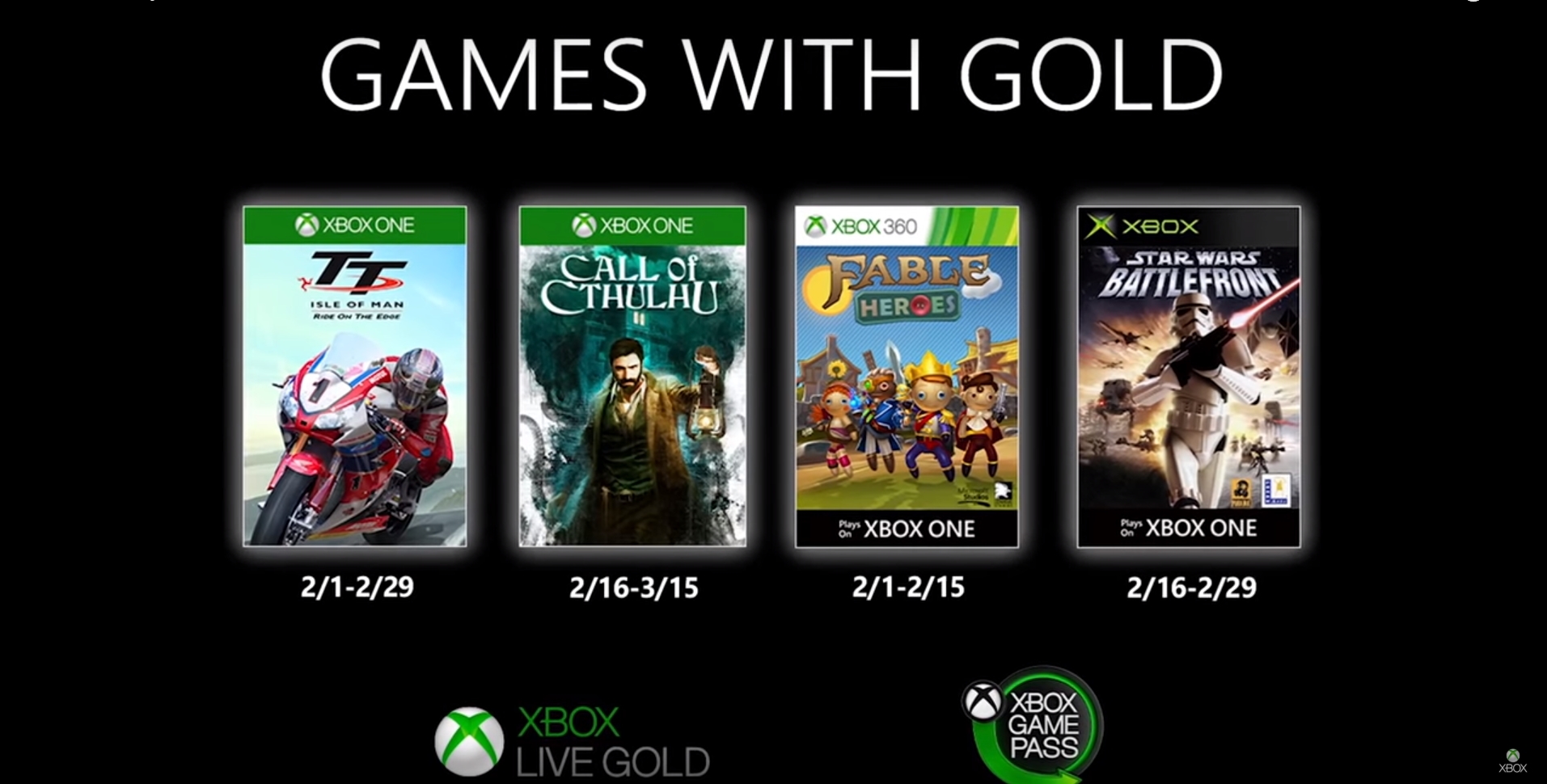 Who doesn’t love getting games for free?

Gamers that use Microsoft’s Games With Gold service are getting their next batch of games with four complimentary titles. If you’re unfamiliar with the service, users with a Gold account for Xbox are rewarded with a handful of free titles each month. These titles range from massive AAA titles to lesser-known games that could use the highlight, stretching even back to classics on the original Xbox, as it does this month.

The four free games this time around are Call of Cthulhu, Fable Heroes, Star Wars: Battlefront, and TT: Isle of Man. To be clear, we’re talking about the first Battlefront from back in 2004, not the fiery pile of garbage that EA delivered a few years back.

In the vein of clarification, it’s worth saying that the games provided aren’t “free”, per se, since users are paying for the service that gives them the free game. It’s similar to the Xbox Game Pass that allows you to play the games available as a perk of having said service.

For gamers that haven’t tried these titles, it’s a great way to jump into something new. Call of Cthulhu, for example, is a game that many felt went underappreciated during its release, and would be a wonderful try for anyone who’s into the fun type of cosmic horror that slowly turns you insane.

But in that same vein, it’s always a bit curious when gaming companies choose to put titles that people may already have. We discussed this a bit in our PS Plus post, where PlayStation is making some of their free February titles absolute classics that most people probably already have. The same is true for Battlefront: The game is nearly 16 years old, and one would assume that anyone interested in it probably has a copy by now, right?

Of course, you can always say the opposite. People don’t generally hang onto old copies of games from nearly twenty years ago, so there’s probably plenty of people that are ecstatic to see Battlefront popping up on this list. At the end of the day, the Games With Gold program does its best to offer something for everyone. If you end up not liking (or already having) the titles on grab that month, then there’s always next month!