Trine Ultimate Collection To Hit Nintendo Switch This Fall; Is The Game Playable On Switch Lite? 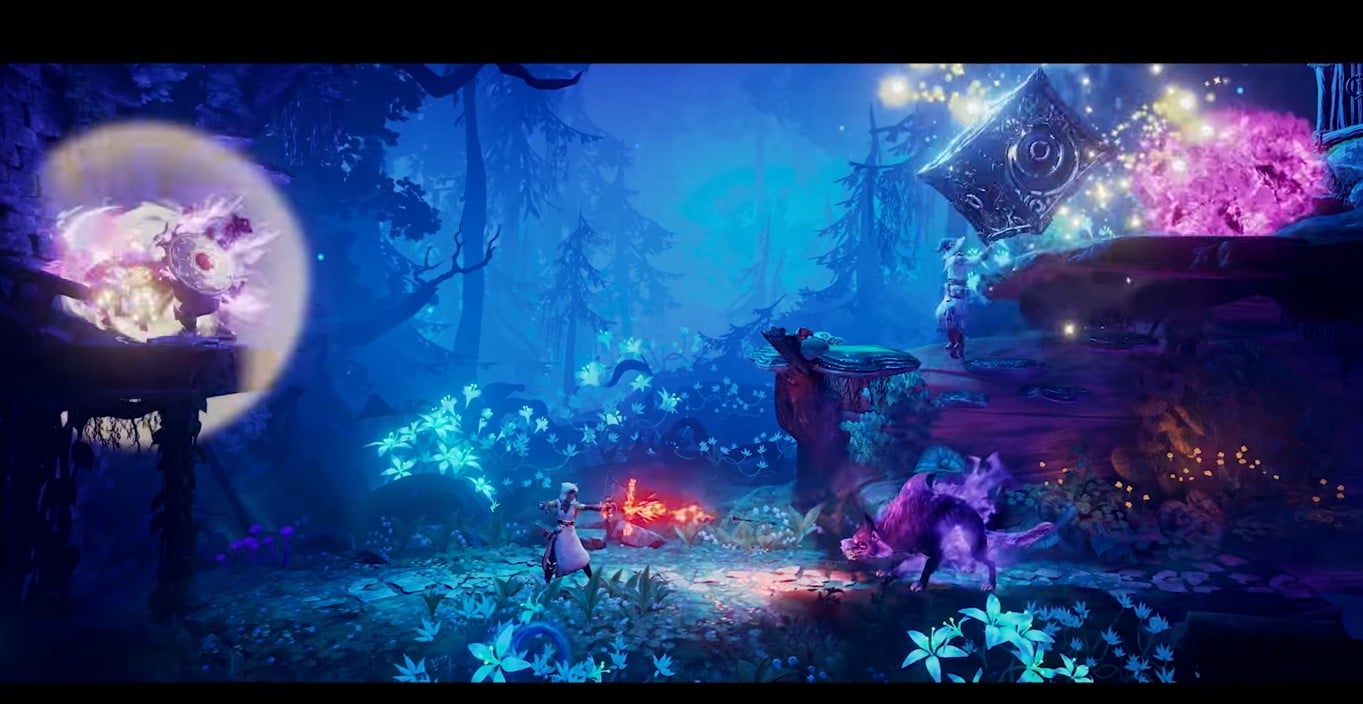 The collection just makes it more convenient because it bundles all the four games together.

Meanwhile, those who preorder the game will also receive a cloth poster with the Trine 4 emblem, along with bonus content.

In the game, you will be going on the quest with Pontius the Knight, Amadeus the Wizard, and Zoya the Thief. The three protagonists are forever bound to the Trine, an artifact surrounded in mystery. As you journey through the ruined kingdom, which is basically a wasteland at this point, you will face multiple challenges. Among these are the undead, some dangerous locations, and also exercise your mind a little bit with puzzles. The puzzles are based on real physics, which adds another layer to the difficulty level.

The Trine Ultimate Collection is composed of the Enchanted Edition, Compete Story, and The Artifacts of Power. By the time you finish you finish the trilogy, you would have a good idea of what the Trine is all about and how to control its power.

Finally, the Trine Ultimate Collection ends with The Nightmare Prince. In the last game of the series, the three heroes are back, and they are tasked to find and rescue Prince Selius. But the prince is not some innocent young man.

When he sleeps, he experiences all these very dark nightmares. It would have been fine if it doesn’t affect the kingdom they live in. However, the prince has some magical powers which enable these nightmarish creatures to slip out the vortex of his dreams and out of the real world.

It will arrive on the Nintendo Switch on Sept. 30. Aside from the Switch, it will also hit the Xbox One, PS4, and the PC. The Switch Lite, meanwhile, will be launched on Sept. 20.

Reportedly, when you download the game, you will also get a code for the official soundtrack for the Trine Ultimate Collection. You will also get another code for the digital artbook, as well as a world map of the kingdom. Finally, you also get a reversible cover sheet, which will become a collector’s item because of the limited release.