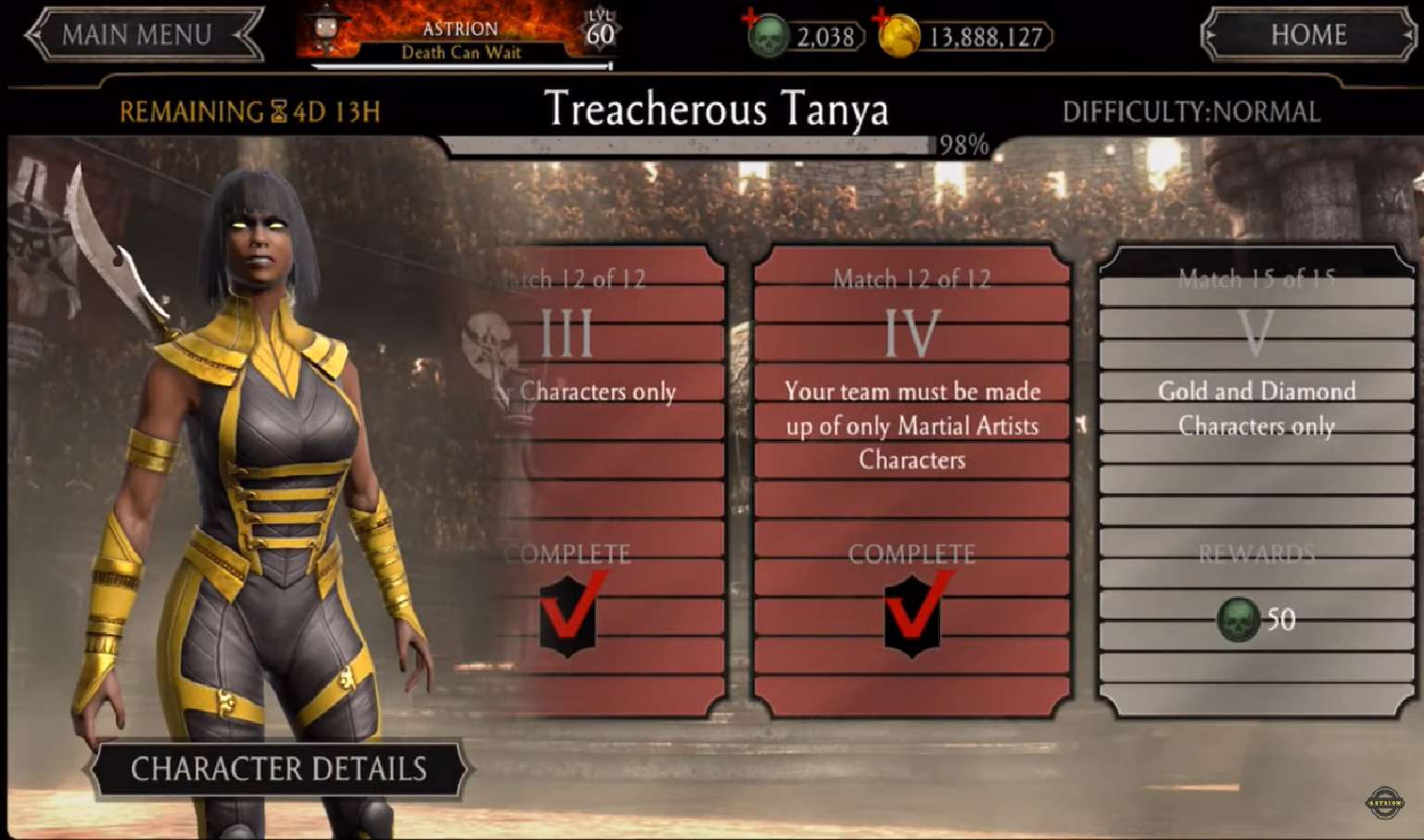 It’s time for another character to get a weekly tower, and this time, it’s the Edenian Tanya. And of course, it’s based on her Mortal Kombat X version.

Tanya as a character was introduced for the first 3D game in the franchise, Mortal Kombat 4. She was originally intended to be Kitana but was decided to be a new character named after Ed Boon’s sister, Tania. As such, Tanya was basically a recolored Kitana model, but without the mask.

In the Midway Timeline, Tanya was a worshiper of Shinnok and allowed him to escape from the Netherrealm into Edenia, where he began his war against the Elder Gods once again. Raiden gathered Earth Realm’s greatest warriors and entered Edenia to aid Kitana’s resistance.

Tanya attempted to lure Liu Kang into a trap but failed, which allowed Liu Kang to defeat Quan Chi and Shinnok, forcing them back to the Netherrealm.

Tanya didn’t show up again until Mortal Kombat Deception, where it was revealed that she worked as an “ambassador” for the Deadly Alliance of Shang Tsung and Quan Chi, who was defeated by the Dragon King Onaga. Tanya was forced to serve the Dragon King, bringing him to Edenia to get information on the Kamidogu.

Tanya didn’t show up again until Mortal Kombat X on Mileena’s side. She remarked to Kotal Kahn that Mileena promised a free Edenia, a realm that was not separated from Outworld in this timeline after Shao Kahn was defeated at the end of Mortal Kombat 9. She showed up a second time in D’Vorah’s chapter, where D’Vorah would have killed her if Cassie Cage hadn’t intervened.

Treacherous Tanya’s towers are very much a standard series of towers. The first tower is Bronze characters only, second is Bronze and Silver, third is Silver only, fourth is Martial Artist Only, and the final tower is Gold and Diamond characters only.

This means her towers are pretty easy to get through, requiring no special characters to unlock her.

Treacherous Tanya is definitely a unique character in Mortal Kombat Mobile. Between her original model and how easy it is to acquire her, players won’t want to miss out on her weekly tower.