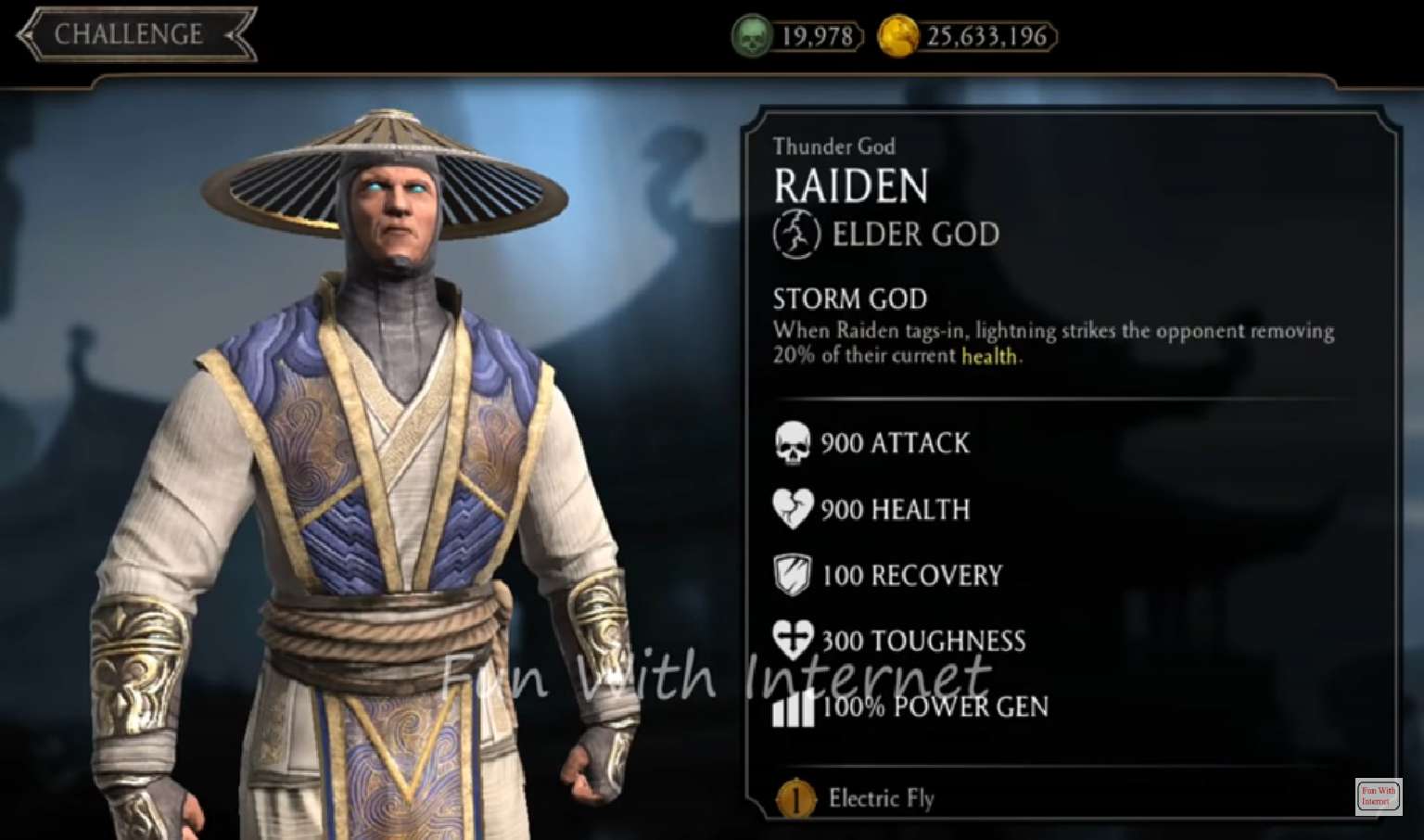 As one of the longest-lasting characters in the Mortal Kombat Franchise, it’s no surprise that Raiden has many character cards in Mortal Kombat Mobile. And his Thunder God version not only carries Raiden’s default Mortal Kombat X default skin but also gives players extra damage whenever he tags in.

And it’s here that Dark Raiden shows up in the Midway timeline. Sacrificing himself to kill Onaga the Dragon King, Raiden’s essence was corrupted as it was reformed, making him decide that he’d protect Earthrealm by any means necessary, even if that meant siding with Shao Kahn during the events of Armageddon.

However, when Armageddon finally came, he sided with the Forces of Light, pitting him against Shao Kahn at the end of the timeline, as shown in the opening of Mortal Kombat 9. As Shao Kahn was set to kill Raiden, he sent memories and visions back in time to his younger self at the beginning of the original Mortal Kombat tournament.

And it is this Raiden that is what the Thunder God Variation is based on. Now the calm mentor once again, Raiden did what he could to change the timeline and prevent Armageddon, often getting characters killed that shouldn’t have been and protecting others that should have been killed, as is the case with Johnny Cage at the start of Mortal Kombat 3.

Thunder God Raiden uses his Thunder God Variation’s special moves as a basis for this character card. He retains the X-ray from Mortal Kombat X and his classic “Torpedo” move as his tier one ability. His tier two, however, is the unique one, Heavenly Hands, and is a move that does lots of damage and does a power drain upon opponents.

Thunder God Raiden’s towers are easy to get through. Tiers one, two and three are the basic “bronze/bronze-silver/silver” towers. Tier four requires Special Ops characters, and tier five requires Kano.

Thunder God Raiden is a great character for players to use. Those who want him will want to get through those towers as quickly as possible.