Back in 2001, German developer Piranha Bytes created a game called Gothic, a high-fantasy single-player role-playing game for the PC. It featured a number of great factors, from amazing graphics (for the time period, of course) to complex and well-developed storylines. Though it drew a bit of criticism for being more taxing than most computers could run with a relatively difficult control scheme, Gothic still went on to set a standard and become a legend of RPGs

Not too long ago, THQ Nordic acquired Piranha Bytes and all of the assets along with the German developers. As you would imagine, Gothic was one of the many things that they acquired.

Gothic isn’t without sequels. The RPG franchise went to expand with multiple more installments, many of which got their own additions. But in terms of remakes, we’ve never seen another version of the first Gothic, and it hasn’t aged as well as some other games from the same time, such as the Diablo franchise.

Part of that might be because there hasn’t been much of an outcry of support for a remake. While Gothic set a great standard for RPGs, it also was generally forgotten by all but those that played it back in the day. Chances are you won’t see it mentioned often anymore despite the impact it made in its time.

"Welcome to the colony!"

The original Gothic returns remade… as a playable teaser.
If you own any Piranha Bytes game on Steam, the yet untitled Gothic Remake project should be in your library by now.#Gothic #ReturnToTheColony https://t.co/jk5thD1Q2Q

It’s hard to get a game developer to sink time and money into developing a game that they don’t know if anyone wants. To combat this, THQ Nordic decided to release a playable teaser trailer to test the community’s interest in a remake.

The playable teaser is free for anyone who has the original Gothic in their Steam library but seems to be unavailable for anyone without. THQ Nordic asks that the fans of the franchise play the teaser – a task that should take around two hours – and then simply respond on whether or not THQ should expand on the project.

If met with enough support, THQ Nordic intends to move forward and remake Gothic. If not, then the game will never see the light of day and the developers will move onto more promising projects. It’s a simple way of testing for industry interest without dumping years into a project.

It’s a bit confusing as to why the only gamers that can play the teaser are those that already have Gothic, as there are plenty of others that could provide feedback. Perhaps THQ only wants the opinions of the most dedicated fans to the franchise. Either way, it’ll be interesting to see whether or not a remake of Gothic is coming in the future or not. 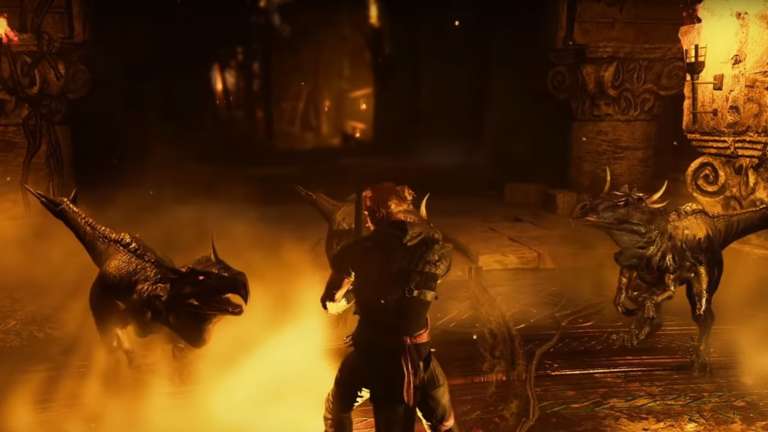 Dec 14, 2019 Kenny Kimberly 6010
Back in 2001, German developer Piranha Bytes created a game called Gothic, a high-fantasy single-player role-playing game for the PC. It featured a...