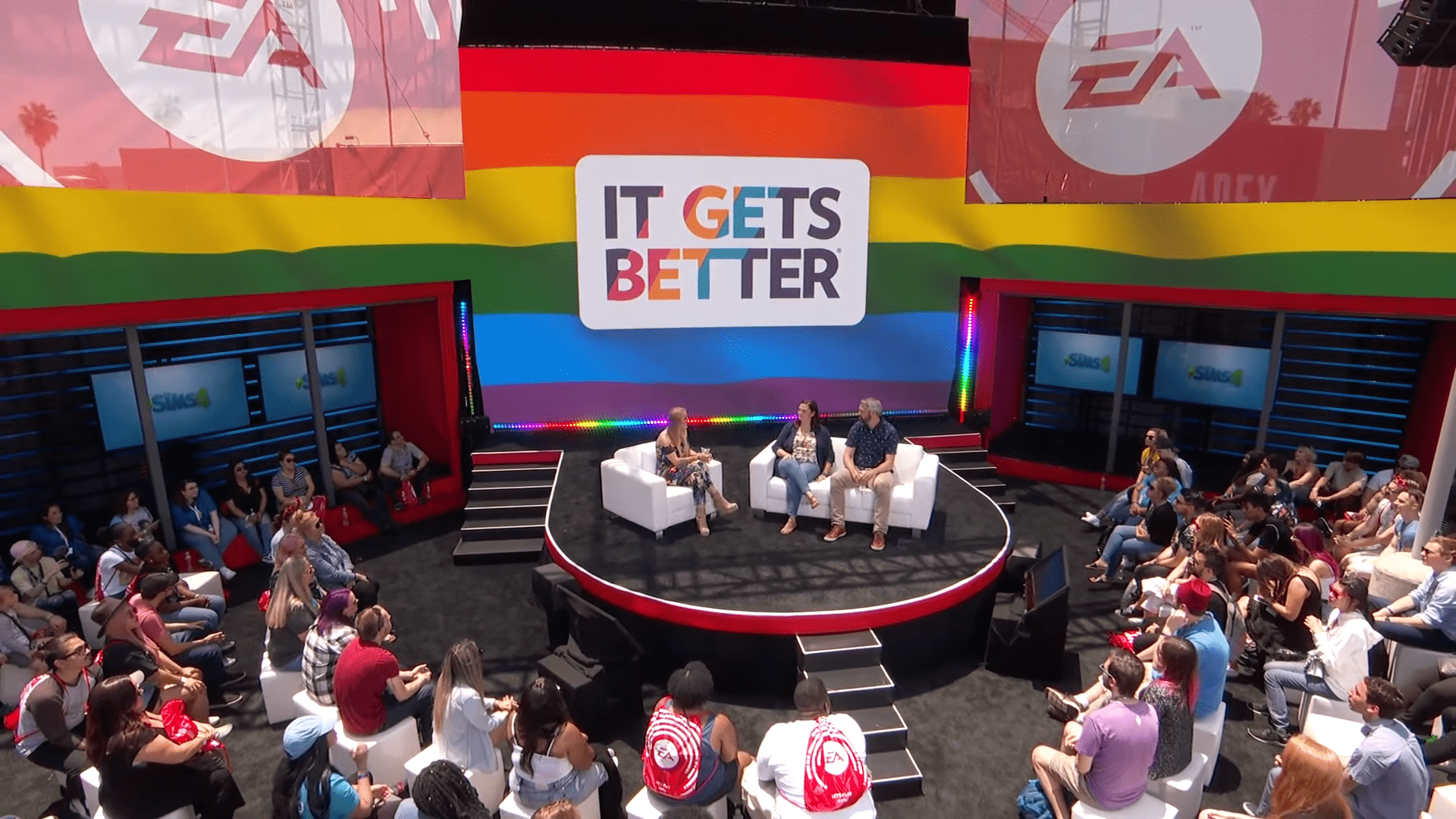 What started as Gay Pride Day since the Stonewall riots in 1969, has fleshed out into what we now know as Pride Month. Every year, throughout the month of June, celebrations take place across the globe to recognize and support members of the LGBTQ+ community – and The Sims 4 is joining them.

At the EA Play event on June 8th, The Sims 4 shared that players would see brand new content in-game in support of Pride Month. This includes allowing players to create a gender-neutral bathroom, which the game has never seen before, as well as pride-themed clothing and accessories.

The Sims games have always been very open to diversity and have provided a lot of different options for players throughout every version of the game that’s been created.

The game is focused on allowing their player base to create worlds and people exactly how they want to. In the first installation, same-sex relationships and romantic interactions with same-sex Sims was an option. The Sims has continually expanded to be as inclusive as possible, including the choice to make transgender Sims.

The newest update coming to The Sims comes from a partnership with The It Gets Better Project, a nonprofit who, according to their homepage, “inspires people across the globe to share their stories and remind the next generation of LGBTQ+ youth that hope is out there, and it will get better.”

The LGBTQ+ community has always struggled with being accepted, and they often face horrible hate speech and hate crimes. With more and more support, the goal is that everyone will feel comfortable in their own skin regardless of sexual orientation or how they identify.

Amid the many other festivities going on for Pride Month, this announcement from The Sims is well-received on social media. Fans are getting excited to be able to express themselves even more, and The Sims 4 easily provides one of the most inclusive and customizable gaming experiences.

For PC, the pride update will ship out on June 18th, with The Sims Mobile and The Sims Freeplay soon after that. For console, pride items won’t be available until July. Whether or not these items will cost money or be free to all players wasn’t made clear.

During the EA play event, The Sims 4 also discussed other additions coming to the game, including another expansion pack called ‘Island Living’ where players will get to experience an entirely new island world complete with mermaids.

Sims 4 players can expect to dive into this new world decked out in their pride clothes very soon.