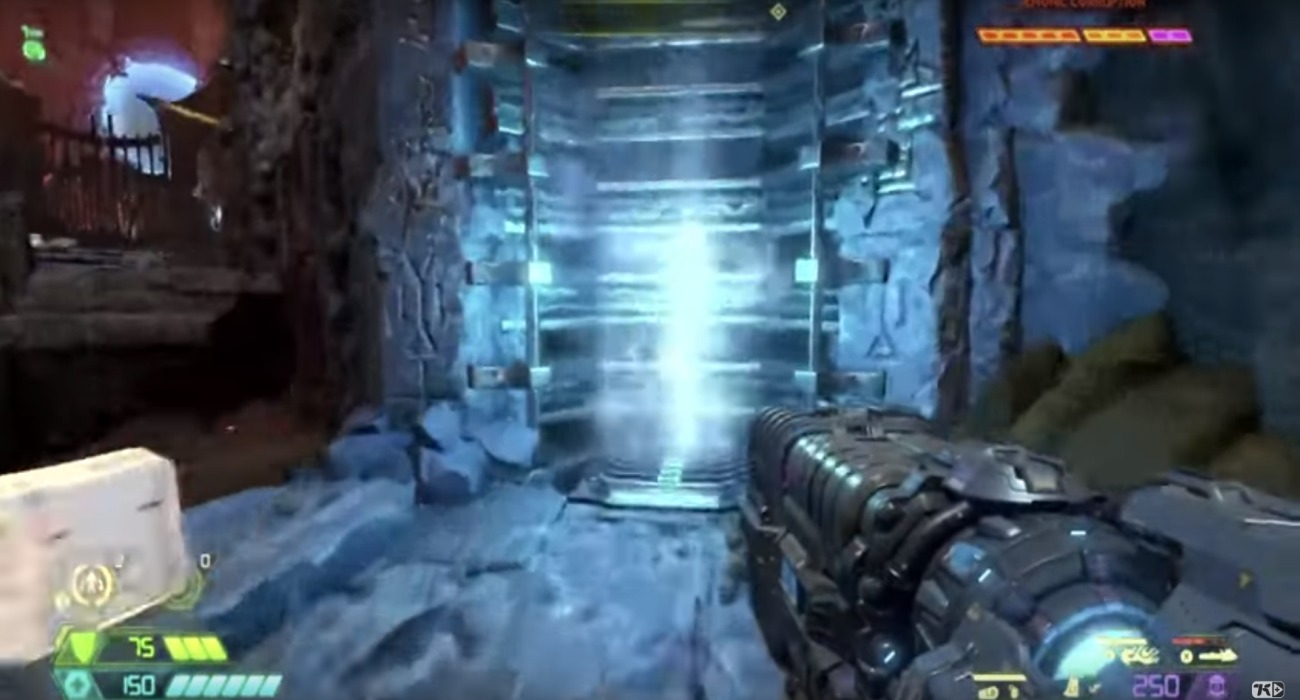 This year’s E3 has had so much buzz already. We’ve seen reveals for some highly anticipated titles, including Cyberpunk 2077, Madden 20, and Call of Duty: Modern Warfare. One game in particular that’s garnered a lot of interest — and rightfully so — is Doom Eternal.

We knew we were probably going to get a full showcase of the game when Bethesda took center stage at E3 today. A lot of informative details came out of the event. Starting off, this action-packed first-person shooter is officially releasing on November 22 for a number of platforms, including PS4, Xbox One, Nintendo Switch, and Google Stadia.

Fans were also treated to some epic footage of actual gameplay. We’ve been waiting for this moment for many months now, and for the most part, it delivers all that has been promised. The footage starts off with the Doom Slayer entering some sort of space shuttle. He’s launched to a nearby planet, where all hell has broke out — quite literally.

Upon arrival, the action begins. Like most Doom games, the Slayer has all sorts of weapons at his disposal. We see him use a shotgun, sniper rifle, energy mini-gun, rocket launcher, and even some melee attacks with a blade. It seems like he’s well-equipped to deal with the various demons on this planet.

Speaking of demons, they seem just as terrifying as ever. There’s also a nice variety, from flying monsters to hulking grunts. Each enemy will require a specific tactical approach, which should keep the combat fresh. What’s nice to see is the smoothness of the overall combat mechanics.

Unleashing hundreds of bullets up close and then transitioning to a sniper rifle for a long-range attack seems so fluid. That’s what fans have come to love about the Doom games. It’s non-stop action all of the time. Couple the intense combat with metal music playing in the background, and the developers at id Software have got a winning recipe on their hands.

The visuals are also worth mentioning judging by what was shown in this gameplay footage. It really looks like the Doom Slayer is on a hellish planet, which adds to the tension you feel the moment he steps on the surface.

Moving around the various areas also seems well polished. The Doom Slayer is nimble and capable of approaching these demons before they have a chance to react. All in all, this was a successful showcase for Bethesda and id Software.