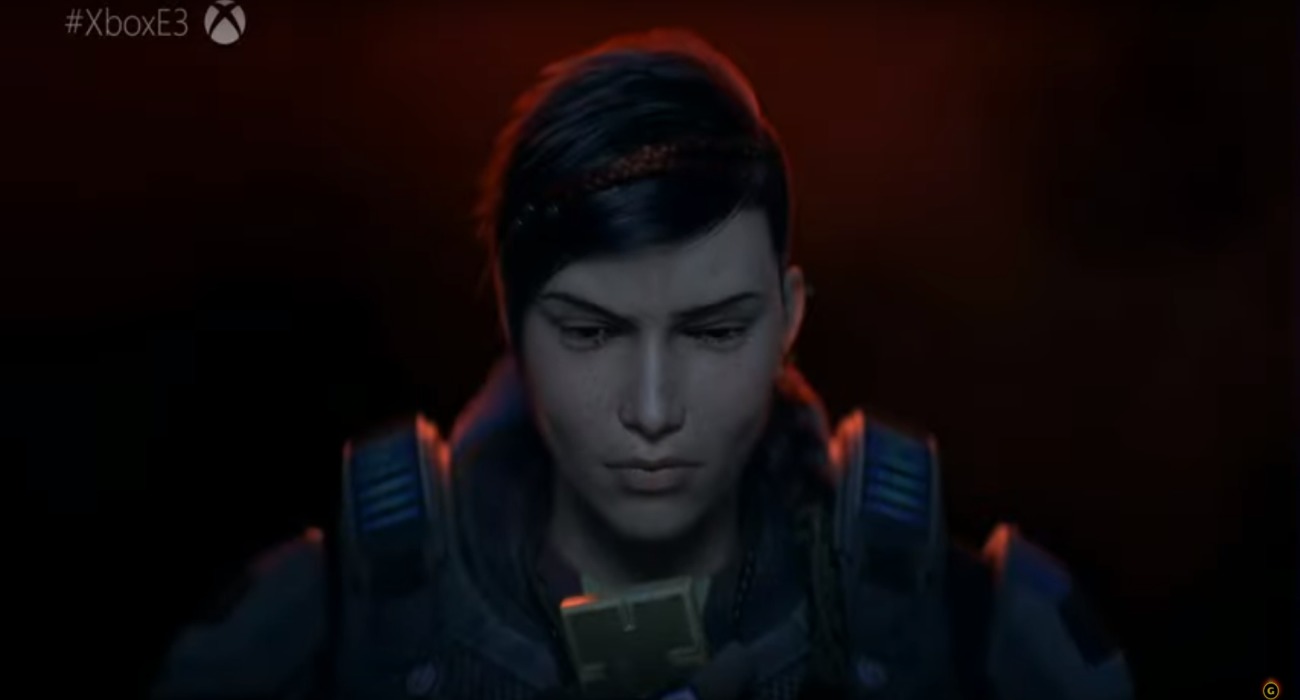 Gears of War has been a fantastic series for the Xbox consoles throughout the years. It put chainsaw guns on the map. Just thinking about sawing threw Locusts one by one makes the franchise a winner. We’re now approaching the fifth installment.

Gears of War 4 left us with some pretty big cliff-hangers, so you can imagine fans are excited about the developments of this new game. Thankfully, Gears of War 5 was just showcased at a recent E3 event for Microsoft. This game is getting a September release. That’s just a couple of months out from experiencing some insane action and an epic story.

What’s unique about this fifth installment is you get to play as Kait, who was heavily featured in the previous game. A lot was revealed about her family’s history and ties to the Locust Horde. Can this link help out the Gears in some way? Time will tell.

For now, we have a pretty awesome trailer to examine in full detail. It was showcased during this E3 press conference. Evidently, Gears of War 5 is getting a new co-op mode called Escape. It adds a new wrinkle to facing off against the horde with a partner.

You start inside a Locust hive, where you’re tasked with murdering your way through the various areas. As you can imagine, cooperative play will be huge in your survival. You’ll need to use a lot of strategy with your comrade, having their back while they have yours.

From the trailer, it appears there are timed canisters set to go off and unleash some sort of poisonous gas. This just adds to the tension and forces you to move through the hive as quickly as possible. Assault rifles are on full display, but there’s one weapon that’s drawing a lot of comparisons to Thor’s hammer. That is the electric-charged knife.

We see the woman in the trailer use it masterfully on various Locusts. It sends shock waves through their bodies as she follows up with forceful stabs. It’s a weapon that we haven’t quite seen in any of the Gears of War games, and it should introduce a new branch of combat tactics to employ against these foul enemies.

It wouldn’t be a Gears of War trailer without a chainsaw gun ripping through a Locust, and that’s exactly how the trailer ends. It’s quite an introduction and should get Gears fans pumped for September.