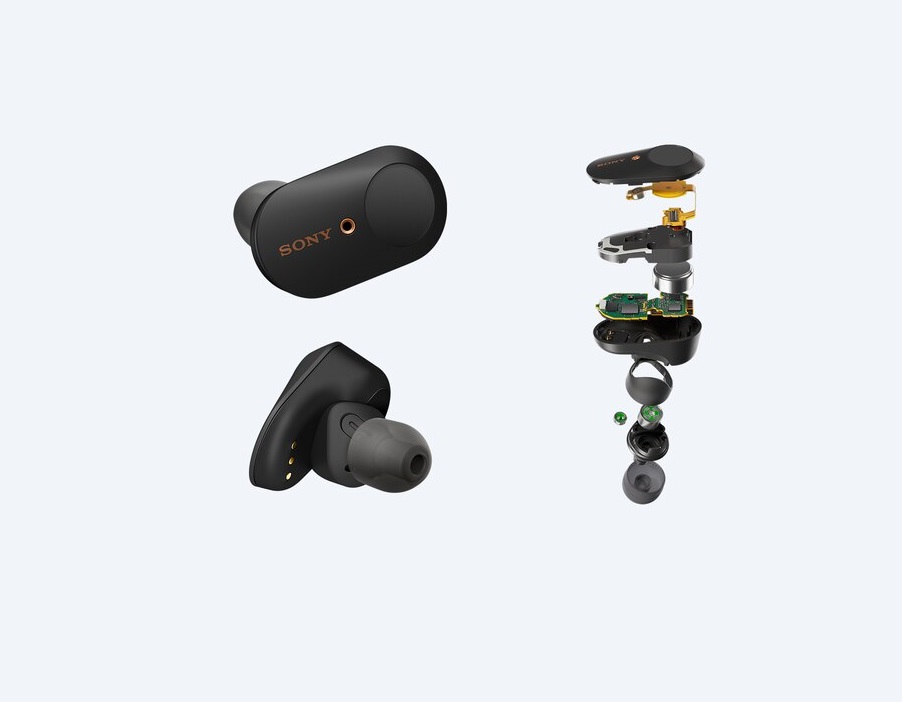 Sony will be releasing the first of a line of noise-canceling earbuds with the splash of an actual wireless headphone. With the industry shifting to wireless technology, this remarkable earbud is a frontrunner with its extravagant features and top-of-the-line performance. The new Sony WF-1000XM3 is available for pre-order at $230 and will be shipped early August.

The industry giant released its predecessor, the WF-100X, in 2017 but was not well received because of audio delays, connection dropouts, and problems with its battery life. This new release from Sony is a rise from the ashes, promising customers better quality and excellent performing earbuds. With the new Sony WF-1000XM3, Sony also aims to hit the top spot of the earbuds market niche by offering several extra features veering from the previous release’ failure.

What you can expect from the WF-1000XM3 is more than just a sleek and classy look, but a performance packed with all you need while on-the-go. For one, Sony improved the ANC controls, promising a reliable sound amplification, reducing unwanted and ambient noise for better sound quality. The new earbuds also have a different control design with each having a circular touch control area which acts to adjust noise cancellation (left) and audio playback (right).

Sony also incorporated the smart Quick Attention mode and made it a little better with the to-be-released wireless earphone. Resting a finger on the left earbud will temporarily pause the music, and a long touch actives the ambient audio. Letting go of the soft-touch will re-activate the noise cancellation features, and audio playback continues. This feature is useful if you are momentarily listening to a coffee shop cashier or want to hear a short instruction from your colleague.

The right earbud has all the control features of a standard earphone including the play and pause controls which can be accessed by tapping the circular touch controls. The M3 is Siri and Google Assistant-ready and supports automatic reading of essential notifications. The earbuds can be configured so your phone assistant can automatically read announcements once they come in.

Battery life for the new Sony M3 is six hours to the max when the ANC feature is active and extends to around eight hours. The long battery life Sony promises is on the high-end of a true wireless earbud and something only Sony has been able to achieve so far. The included juice case extends its performance to a total of 24 hours with the ANC turned on and 32 hours when off.

The new Sony WF-1000XM3 is the first truly wireless earbuds from the tech giant set for release this month.

Nov 27, 2019 Kaden Redhead 5710
Right after Valve teased their highly-anticipated virtual reality game of all time, Half-Life: Alyx, the company revealed its plan to bring its...

Nov 21, 2019 Kaden Redhead 9880
The newest Asus gaming headset has introduced an innovation to improve its noise-canceling capability, among other features. The Taiwan-based tech...