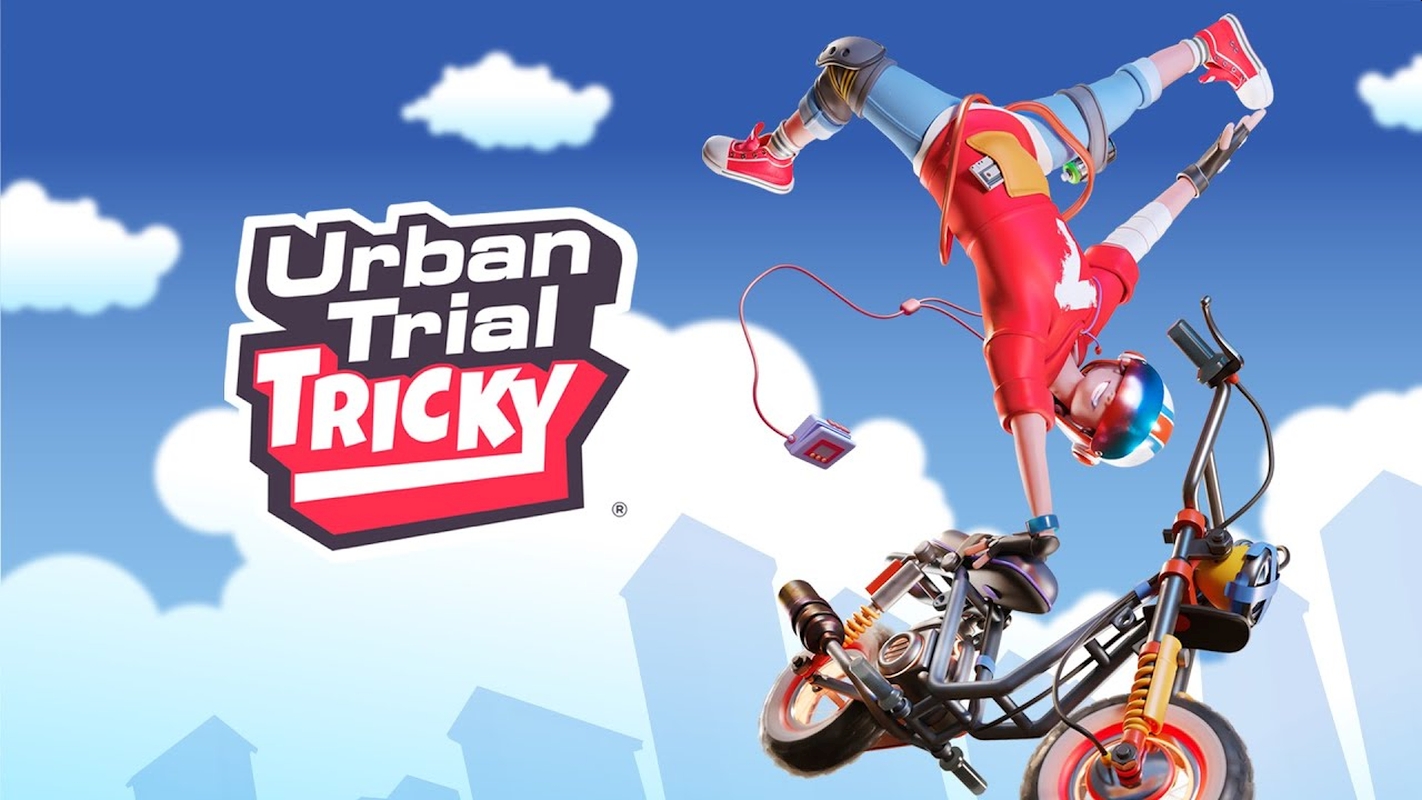 Urban Trial Tricky is the latest in the Urban Trial series. Previously released was Urban Trial Playground on the Switch and Urban Trial Freestyle on the 3DS. Both titles sold over 1.2 million copies worldwide.

Urban Trial Tricky has casual gameplay that any gamer can jump in and enjoy. Players can score higher points by pulling off countless combos. There are over 30 levels to complete plus side challenges for more hours of fun.

The gameplay is primarily physics-based. Players can ride freely, spin around in mid-air, plus move forward and backward. It’s up to the player how they want to accomplish combos to rank as high as possible.

There are new moves to master in the new title, including freestyle, break dancing, plus FMX moves. As players get more points, they can unlock crazy costumes and gain more customization options.

Players can also customize their rides in different ways with several “save” options. Urban Trial Tricky offers some online leaderboards to compete with others across the globe, but the gameplay is primarily solo.

Tate Multimedia’s official website for the game has more screenshots of the upcoming game, along with gameplay videos.

The series launched in 2013 with Urban Trial Freestyle for the PC, PlayStation 3, Vita, 3DS, and iOS. The game was inspired by Red Bull Racing athlete Julien Dupont, who would later work with the developers to bring the game to life. Four years later, a sequel for the game was released across the globe. Urban Trial Playground was the first title to be released in the series for the Switch in April 2018.

Urban Trial Tricky is a much more animated style game than previous titles. Previous games had more realistic graphics, while the Switch game will have bright colors and more cartoonish animations. The title is an all-new way to experience the series.

While previous games were released on multiple platforms, since Playground, the series has only launched on the Nintendo Switch. Tricky will also be a Switch-exclusive title.

Urban Trial Tricky is scheduled to launch on the Nintendo Switch this Summer.