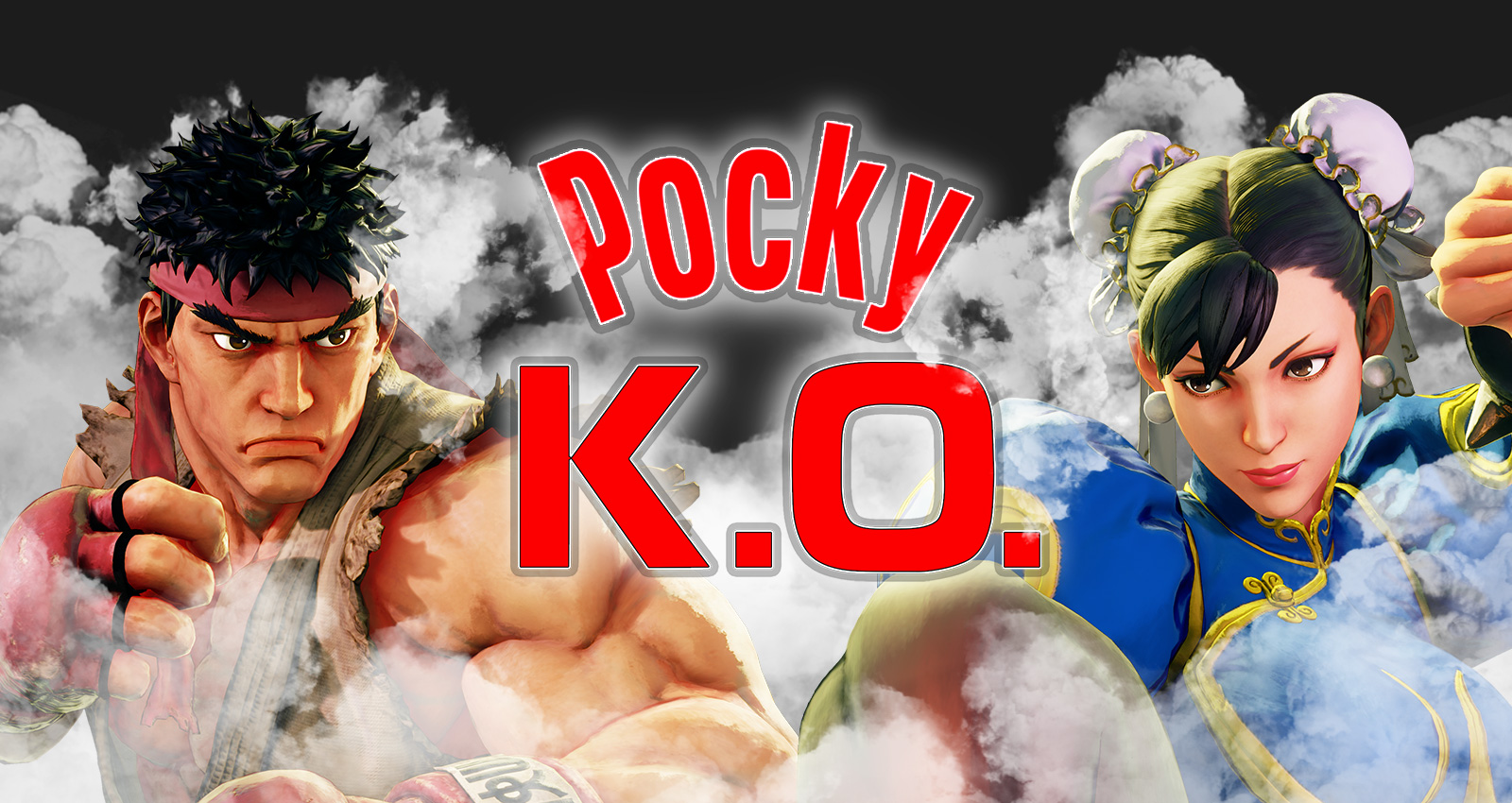 Pocky Day just wrapped up on November 11, but Ezaki Glico isn’t done showcasing the popular product yet. The company recently announced they’re teaming up with Capcom for a new challenge.

Glico and Capcom have officially announced the “Pocky K.O.” challenge starting in December for the Capcom Cup 2019.

The special event is exclusive to Street Fighter V.

On the official website, the rules state: “Knock out your opponent when your health gauge matches up with the chocolate-to-biscuit ratio on a Pocky stick. Take a screenshot of the K.O. screen and upload to the Checker Site to see if you’ve achieved a Pocky K.O.!”

Street Fighter V Pocky Edition will be available at the Street Fighter Tournament during the Capcom Cup 2019. There is a unique match starting at 1 PM on December 15th featuring the Pocky challenge. The show will air worldwide through Capcom’s official Twitch and YouTube channels.

Glico and Capcom are also hosting a Twitter contest for the campaign with the hashtag “#PockyKO. Eleven Pocky K.O. gameplay clips will be randomly played on the main stage of the Capcom Cup 2019.

Gamers can enter after reaching a K.O. The website suggests taking a screenshot after the text has faded so that the “Pocky K.O.” logo will be more visible.

Gamers will need to check their entry on the official Pocky K.O. website to ensure they were eligible to enter. If their entry is valid, players have to tweet their gameplay clip using the right hashtag for a chance to enter. There was no additional prize for winning mentioned by Glico and Capcom.

This collaboration is Glico’s first global eSports partnership. Their website now states, “Pocky is a proud supporter of the eSports community worldwide. Share the fight, share happiness, with Pocky!”

Street Fighter V was previously released in 2016 but is still enjoyed by the fighting game community. Capcom recently announced the SFV: Champion Edition that combines content from the original release and SFV: Arcade Edition. The game will contain 40 characters, 34 stages, and over 200 costumes. It will launch on February 14, 2020.