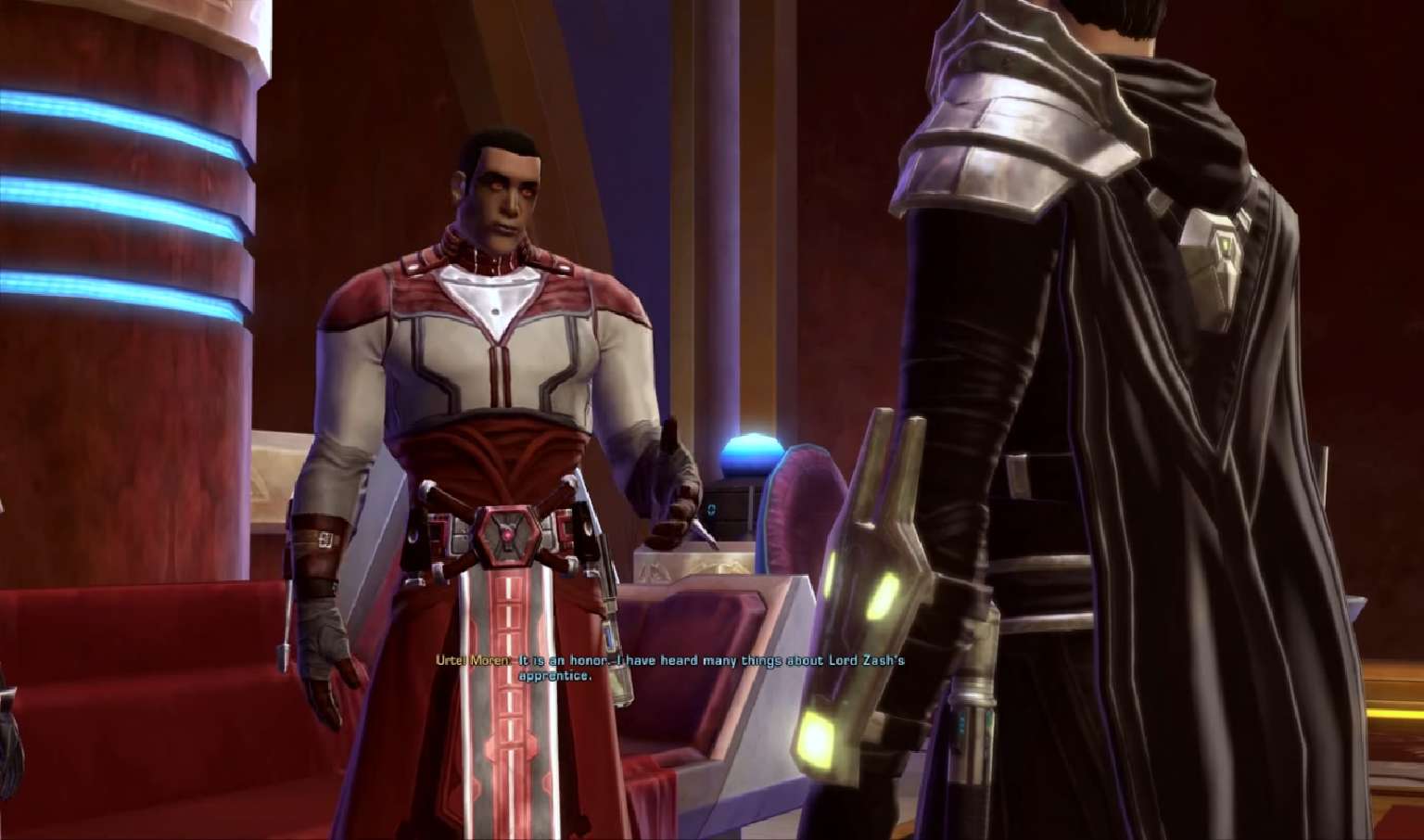 The first thing on the patch notes is the story update. It says that “In the aftermath of the Sith Empire’s assault on the Meridian Complex Shipyard, both factions form elite organizations to carry out key objectives that could tip the balance of the war. As fighting intensifies across the galaxy, representatives from the Galactic Republic and Sith Empire arrive on Odessen to discuss plans of attack….”

The second thing on the patch notes is the Alderaan Noble Estate, though most fans theorize that this is what’s causing the need for a delay. Strongholds need to be practically perfect before they’re released and judging on the feedback from the Public Test Server, this stronghold was still buggy.

Some of the general bug fixes for the 6.1 patch include a fix for using Quick Travel on Mek-Sha will no longer kill the player’s Companion. They’ve also fixed some audio issues; crackling engine noises will no longer play throughout Guild Flagships and the audio of nearby traffic will be less noisy in the Coruscant Stronghold.

They’ve also made it so players are no longer dismounted when using reputation items, female Sith Assassins who have their weapon drawn once again have footstep sound effects.

They fixed a broken achievement, “Hive of the Mountain Queen,” so their point values reduced to be more in line with similar Achievements. They’ve also added Onderon and Mek-Sha to the Current Conquerors list.

The team has adjusted health totals on the turrets for the Dantooine Mission “Pirates Again” so that this Mission is no longer blocked, and made it so that, when a stack of materials is split in a player’s inventory and moved in the Materials Inventory, the inventory stack is no longer lost.

They brought back the anniversary vendor pricing for the Dromund Kaas and Coruscant Strongholds back down to standard.

They’ve also fixed the Brothers Oversight Center Quick Travel Point on Mek-Sha, so it no longer exists for Republic players.

The Glory Set Bonus Guild Perk now refers to the bonus affecting RXP instead of CXP as intended, and they corrected an issue where previewing some items in the Preview Window would not properly display their visual effects.

The “Huttball: Pin Cushion” Achievement now grants as intended when the Achievement criteria are met, and players can no longer purchase unidentified gear from the Spoils of War vendor if they do not have a Discipline selected.

There are also numerous class adjustments, both the abilities and Tacticals, all listed in the patch notes.

The team added a general fix to Operations where the Activity Finder no longer allows players to queue for Operations they are ineligible for.

In Scum and Villainy, the Snipers in the Thrasher encounter are now less likely to Evade.

As a result of the level adjustment for Uprisings, Group Finder rewards for Uprisings have also been adjusted.

The Items and Economy fixes were mostly for fixing typos and placing items in the wrong places in collections.

For Missions and NPCs, Valen Korik will respawn much quicker for the Heroic Mission “Possessed Hunter” on Dromund Kaas.

The Gnawed Tauntaun will respawn much quicker for the Gree Missions “Catalysis” and “Supplemental Research”.

The Republic Orbital Station above Makeb no longer has deprecated vendors.

They fixed an issue where, in rare circumstances, Theron Shan would show up in Objective Meridian after being killed on Nathema.

They fixed some droids, who will no longer spawn under the map on Ilum and Balmorra during the Loyalist Sweep Conquest Objective.

They fixed the Mission “A Scoundrel’s Debt”, so it will now offer Mission Rewards choices at equal item rating.

The Imperial Prison officer on the Eastern Ice Shelf of Ilum no longer has stealth detection so that it is in line with its Republic counterpart.

The Ossus Daily Mission “The Science of Darkness” now rewards credits in addition to its other rewards as intended.

They corrected an issue where Mission difficulty colors were not displaying properly for level 75 characters in some situations.

They lowered the cast time and cooldown of the “Evidence Plant” item for the “Shock Doctrine” Heroic Mission on Alderaan.

Jedi Knight and Jedi Consular players that have Treek unlocked will now see the Ewok sitting on their box on the Defender ship as intended.

During the Onderon Mission “The Attack on Iziz,” it is no longer possible to block progress by killing the relevant NPCs before that Mission step is active.

They fixed the world boss The Nightmare Pilgrim, so it now also drops Tech Fragments and has a chance to drop a World Boss Equipment Cache.

They fixed the world boss Lance Squadron Command Unit, so it now also drops Tech Fragments and has a chance to drop a World Boss Equipment Cache.

Bounty Hunters who completed the Ilum Mission “First Strike” before completing their Class Story will no longer have their progression blocked by being granted the Missions a second time.

They’ve also fixed an issue where Grim Tooth on Makeb would not attack players.

As for Warzone fixes, they corrected a number of instances where Unassembled Components were listed as a reward as that currency was removed from the game in Onslaught.

The PvP Conquest Objective “Warzones: The Killing Fields” has been renamed to “Warzones: Fight for Glory”.

The error message a player receives when trying to queue for Ranked Warzones when below Valor 25 is now more clear.

They corrected an issue that would cause air vents in Warzones to not function properly, and also an issue where the Brutal title from Season 11 no longer shows as blank text in the French Client.

It is currently unknown as to when the 6.1 patches will be coming, but due to how large the list is, players know it will be a weighty update. Hopefully, whatever issues need to be worked out will be fixed soon and we get the update as promised.