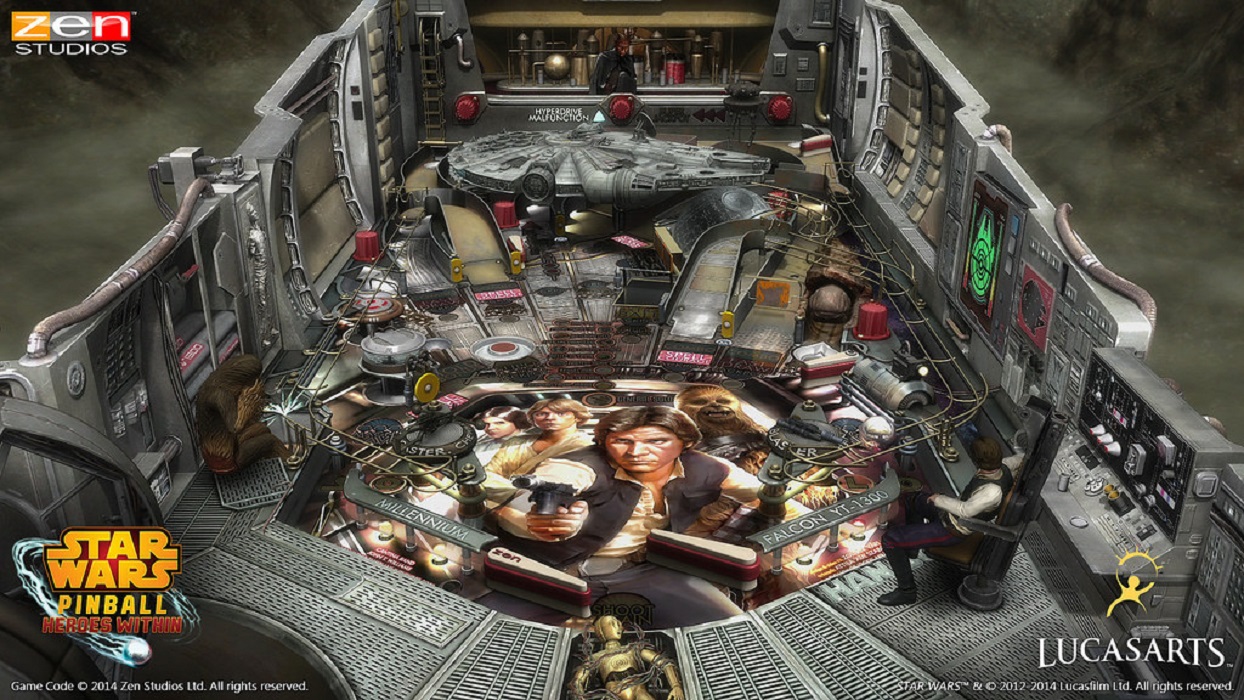 Who doesn’t like pinball? It’s a simple yet addictive game. The goal is to keep the ball or balls in play and rack up as many points as you can. Now take this fun concept and add Star Wars to the mix. Sounds like an amazing time, right?

Thanks to Zen Studios, Star Wars got its own pinball tables. These tables are true to the Star Wars series too. They immerse you in this iconic franchise and give you the chance to have some memorable fun.

Better yet, Star Wars Pinball is coming to the Nintendo Switch. Imagine being able to play Star Wars-themed pinball on the go any time you want. It’s a dream that will be possible starting September 13, 2019. Nintendo Switch owners will have the chance to pick up a physical copy of the game too if they want.

There are a total of 19 tables being included in this release. Some of the more popular ones include Han Solo, Darth Vader, A New Hope, Return Of the Jedi, and The Last Jedi just to name a few. Each table is unique and portrays a theme or character from this beloved series.

In addition to these incredible tables, a new vertical play mode is being added. It is specifically designed to work with the Switch’s screen when playing in portable mode. This pinball release will even include a rumble feature, vibrating the controls whenever you hit certain portions of the table. It’s an effect that should capture the feeling of playing on an actual pinball machine.

For those Switch users who plan on playing brief pinball sessions on the go, Star Wars Pinball will include a quick career mode. You can access saved data and continue your progression on whatever pinball tables you want.

From what was shown in the announcement trailer from Nintendo, this pinball game seems like a lot of fun. Each stage is so detailed and filled with Star Wars details that fans of the series will truly appreciate. There is a lot of variety in the stages too. You thus never get a repetitive vibe despite just using a couple of controls to keep the balls in play.

If you’re looking for a fun and user-friendly game to pick up for the Switch, Star Wars Pinball seems like a real winner. It offers you a lot of value, even if you’re not the biggest Star Wars fan.