Shooting Blaster Big Bang Boom Is A New Bullet Hell That Has Released On Steam, SRM Title That Can Be Played On Most Computers 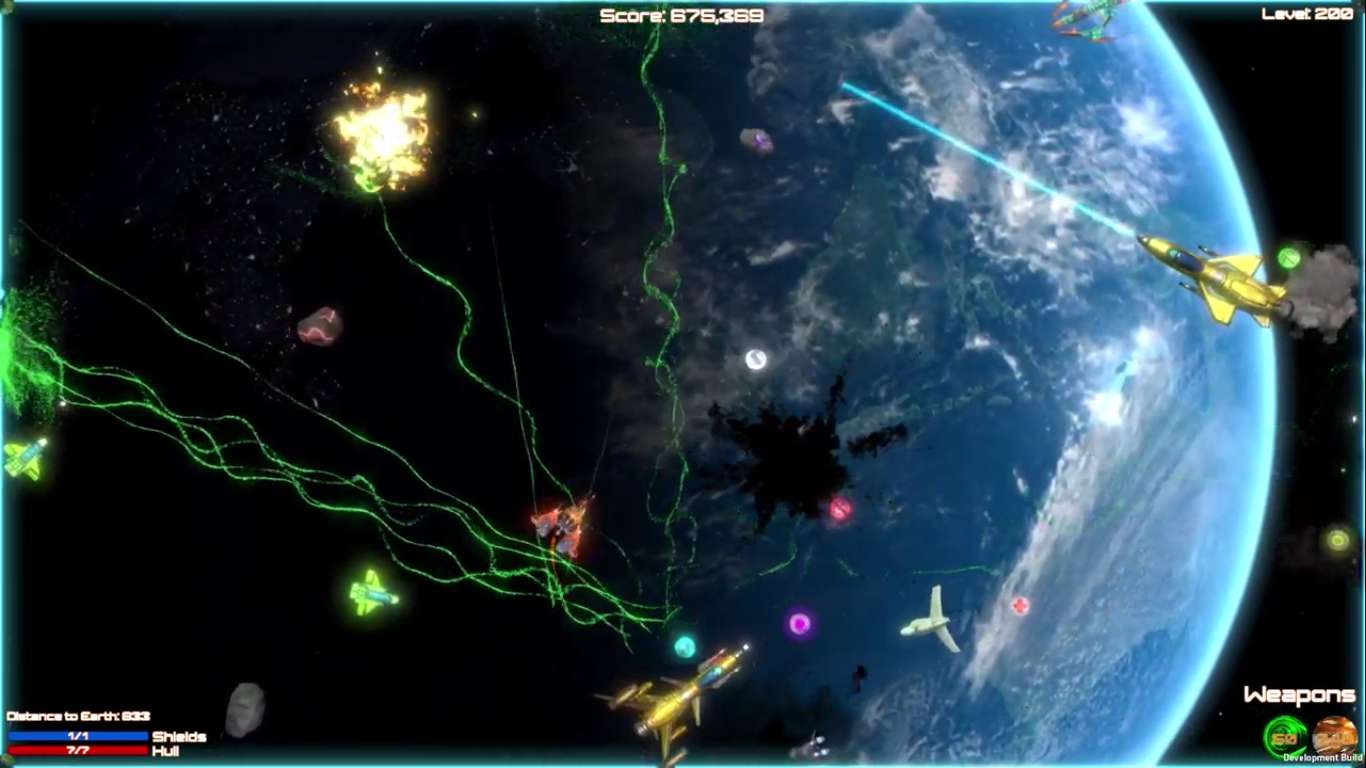 Players that enjoy shooting games and retro style fun will find new enjoyment in SRM Game’s new title Shooting Blaster Big Bang Boom. This is a game for anyone who loves to blast, shoot, and make big booms. Enjoy a simplistic game with one goal in mind, to have a good time.

SRM Games has created a title meant completely for fans to have fun. They are hoping that anyone who is waiting for the next big game, or just simply board, can enjoy their title and have a booming party with tons of blaster action.

Shooting Blaster Big Bang Boom is meant to be a relaxing and easy-going experience with a collection of soft music included for those needing to relieve some stress. If you want action, there is also a rock soundtrack available so players can enjoy a more upbeat musical experience while blasting enemy aliens out of the sky.

This title is reminiscent of the arcade game Astroid, which lets you blast asteroids out of the sky. Now there are ships, aliens, and more to be blasted to pieces on a mission to reach home and reclaim Earth for the human race.

The game comes with 200 levels full of addictive and relaxing gameplay. Blast your enemies apart or ram them for the full effect of ship combat. You can adjust the difficulty to fit your needs, and the game even comes with full controller support. There are tons of different enemies and power-ups for players to discover within this game.

The ships are attractive, the weapons deadly, and the explosions awesome. There are tons of ships to unlock as you progress through the game, and each is in the same HD graphics that make this game look great. Although the graphics are sharp, the game can be played on almost any computer.

If you are ready for a relaxing shooter wth an arcade, feel then you should consider picking up Shooting Blaster Big Bang Boom. The game has just launched and is on sale on Steal for 10% off until April 23.

You can find the game on Steam for $1.49. The game is a PC exclusive for the moment, and there is no telling if console players will ever get a release. That being said, the game does come with full Steam cloud support and Steam achievements, stats, and leaderboards. Enjoy a modern arcade game from a small indie team in SRM Games Shooting Blaster Big Bang Boom.

Experience A Unique Narrative Based Card Game Titled Signs of the Sojourner When It Releases May 14, 2020