Sega has announced four micro versions of its Game Gear handheld console that launched in Japan in 1990 and one year later in North America and Europe. The console contained a unique selection of games, but it was highly criticized for its bulky size and short battery life. The console required separate batteries and wasn’t rechargeable like handhelds today, making it an expensive handheld to own.

Two decades later, after the Japanese release, Sega is giving the Game Gear another release with a micro version called the Game Gear Micro. The company has announced four separate color versions, all with a selection of games.

The news came with a teaser trailer in Japanese, showcasing its size and some of the titles that will be available on it.

The consoles are all built the same but have different color faceplates. The color variations and their games selections include:

Each micro-console will have a 1.5-inch display, one mono speaker, and a headphone jack. Players can use two AAA batteries to charge the handheld or a USB cord. It’s not known how long the device will last on a single charge yet, but thankfully Sega has given players who don’t want to run through batteries more eco-friendly options.

A special collectors edition with all four color variations will also be released. Included in the special collection is the “Sega Big Window,” which is an accessory to magnify the screen.

It’s unknown at the moment if Sega plans to release the Game Gear Micro outside of Japan. Some of the titles that will be included were not launched across the world, so if they are released worldwide, the micro-handheld may see a different game lineup.

The Game Gear Micro will be Sega’s second mini-console release. The company previously released the Sega Genesis Mini, which launched worldwide last year. The mini-console was pre-loaded with 42 games that varied by region. Players had to connect the micro-console to a tv screen to enjoy some of their retro favorites once again.

The Game Gear Micro launches in Japan on October 6, two decades after the original was released. 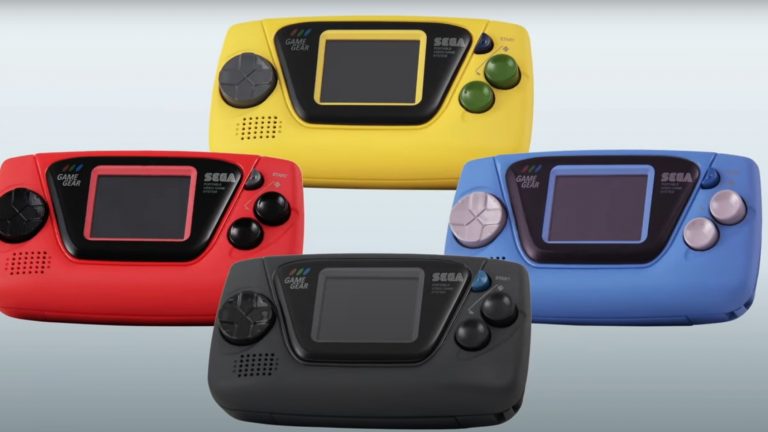 Jun 5, 2020 Lisa Nguyen 5670
Sega has announced four micro versions of its Game Gear handheld console that launched in Japan in 1990 and one year later in North America and...