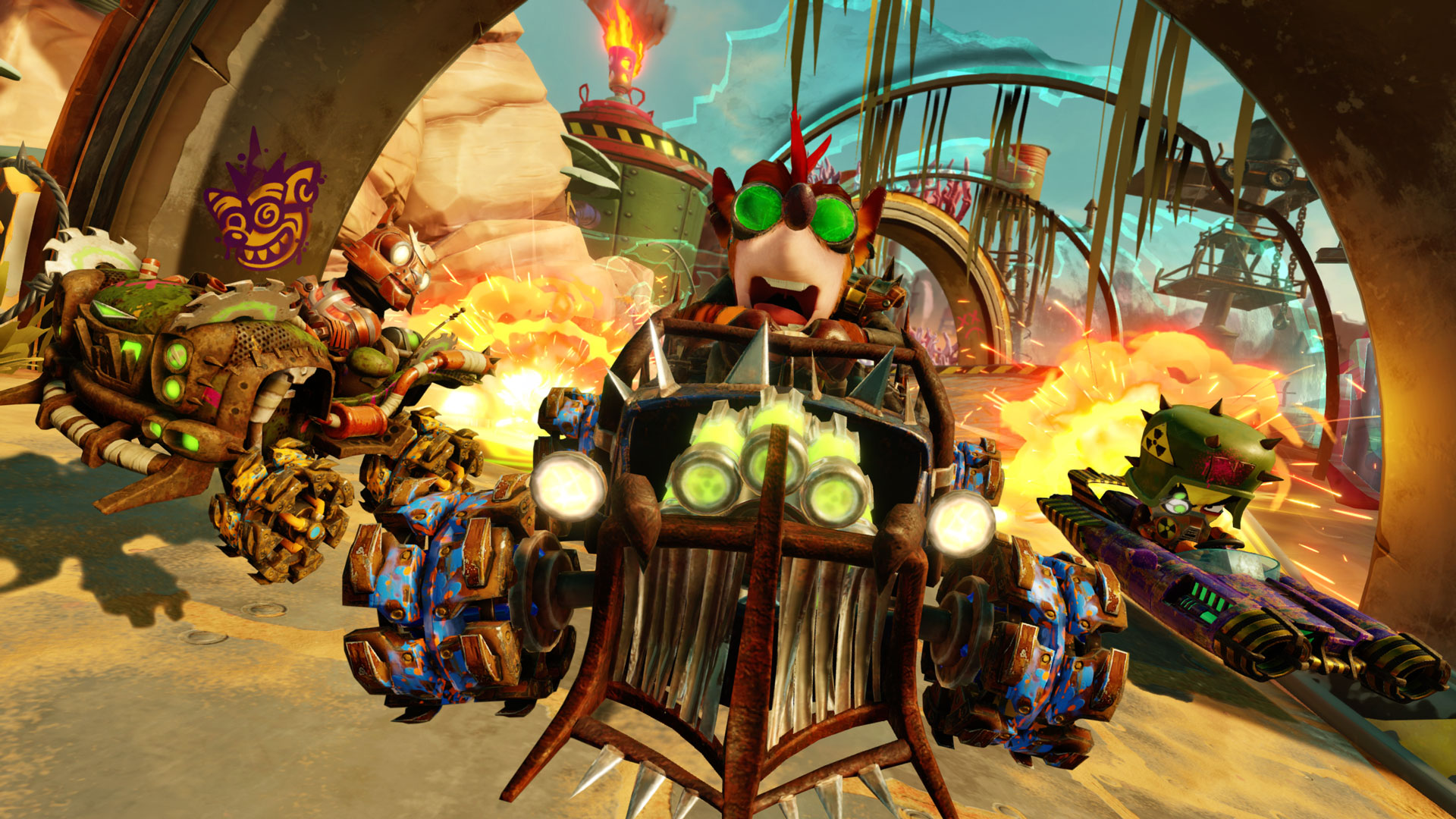 New Karts, a Track, A Racer, A Game Mode, and a refresh for the Pit Stop are coming to Crash Team Racing Nitro-Fueled in the new post-apocalyptic-themed Rustland Grand Prix. The entire world has come to ruins, but the race is still on as the Rustland Grand Prix speeds onto the track January 16, at 7:00 A.M. PST.

This content is available for all players who purchased the game and are unlocked at no additional cost. All players have to do to get involved is download the update and get ready for a dust-filled rust-filled adventure.

Civilization has fallen in the Post-Apocalyptic-themed Rustland Grand Prix in #CrashBandicoot CTR Nitro-Fueled!
Experience a New Track, Game Mode, Karts, and More starting January 16 at 7AM PT!
Get all the info here: https://t.co/qp7D7C305v@CrashBandicoot pic.twitter.com/lhlCzDhsEG

There have been tons of amazing moments in the community. In a blog post from Activision, they recognized the fans and some of the amazing moments they have shared in the past couple of months. Crash Team Racing Nitro-Fueled won the best Sports/Racing Game at The Game Awards and has been named 2019’s Best Racing Game by IGN and many other news sites. They credit this success to their loyal and passionate fanbase who has given life to a game loved by all.

The Megamix Mania course has three laps of survival on a dusty canyon found near a factory hideout in the desert. You will find graffiti, chains, and flames at this end of the world-themed track. Make sure to keep your eyes on the road and race to victory among the dangerous atmosphere.

The map takes you from outdoor canyons to the interior of rusted buildings while navigating jumps, boosts, and speed. There are several shortcuts scattered throughout the track, helping you stay ahead of the competition at the risk of a tricky maneuver. This track is only for the best, so see if you can outlast the competition on the Megamix Mania track.

A new game mode has also made an appearance. The Golden Wumpa Hunt is a racing adventure to try and catch the Golden Wumpa Fruit. The fruit is hidden on the track in glowing crates. Follow the glow, smash the crate, collect the fruit. You will be rewarded at the end with a stash of Wumpa Coins for your efforts plus several Grand Prix challenges if you can capture enough of the Golden Wumpas.

A new racer has made the appearance mixing together a bunch of different characters into one. Megamix is a mash-up of Neo Cortex, N. Gin, Dingodile, and Tiny Tiger. No need to choose between the four and instead choose one as you shock racers in your hybrid character of chaos. This is the 50th playable character in Crash Team Racing Nitro-Fueled, and this oddball has a chance to be one of the biggest as he crashes through the competition.

Tons of other updates have sneaked in with the debut of this new Grand Prix. Pit Stop has refreshed items for sale, including eight skins that channel the industrial punk-style, and a new kart made completely out of salvaged parts. So download that update and see what has caused the world to end, and what the races look like after disaster strikes.

Oct 27, 2022 Tom Lee 1600
Xbox boss Phil Spencer has stated that the Call of Duty series will continue to be available on PlayStation systems, and there is even talk of...