Royal Mail Stamps & Collectibles have released many stamps from popular culture. The company recently announced they were releasing a set of video game-related stamps to celebrate 40 years of gaming in the UK.

“An action-packed collection celebrating classic UK-designed video games that put the ‘joy’ in ‘joystick.’ A fun set of Stamps and Collectibles to get your thumbs twitching.” states the official sale page.

The most highlighted game in the collection is the Tomb Raider set. The original version of Lara Croft is featured in a variety of scenes, including her most recent character model. There is a four-stamp set just for Tomb Raider, which can be purchased separately.

Other games on the stamps include Elite, the space trading game released in 1984 from David Braben and Ian Bell. The game was first published on the BBC Micro and Acorn Electron computers.

Sensible Soccer is a soccer simulation game. Though it was released in 1992, it continues to be popular today.

Another simulation game featured in the stamp set is the 1989 city-builder Populous. Players could control the actions of their subjects to either help or harm them. It was considered a pioneer in the city building simulation genre.

Wipeout was released in 1995 on the original PlayStation. The racing game featured 3D graphics and soundtrack featuring many popular artists at the time, such as The Chemical Brothers.

Another game starring vehicles was Micro Machines, a 1991 game released on the original Nintendo. Micro Machines were not only popular toys during the 1990s, but also a well-known video game.

Dizzy, a puzzle-solving game, was released in 1987 and was one of the most popular games in the country in the late 1980s into the early 1990s.

There are multiple versions of the themed sets for sale. There is a “Presentation Pack” with information about each game. The framed stamp set includes the stamps in a frame ready to display. In addition to the stamp set are envelopes with a special “Video Games” green logo in the bottom left-hand corner. 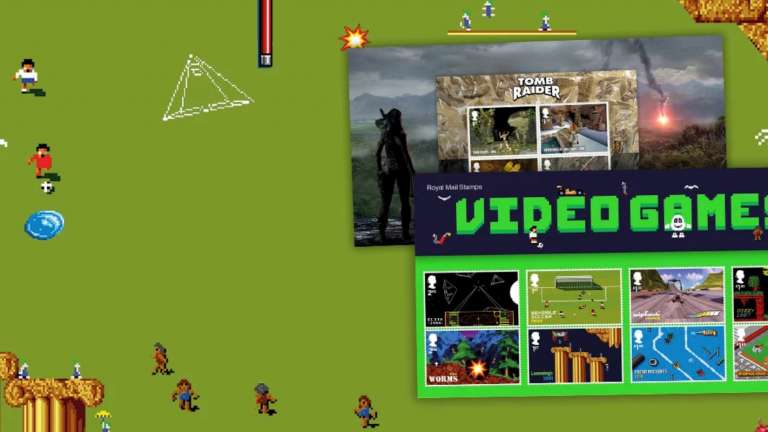 Feb 13, 2020 Lisa Nguyen 3050
Royal Mail Stamps & Collectibles have released many stamps from popular culture. The company recently announced they were releasing a set of...