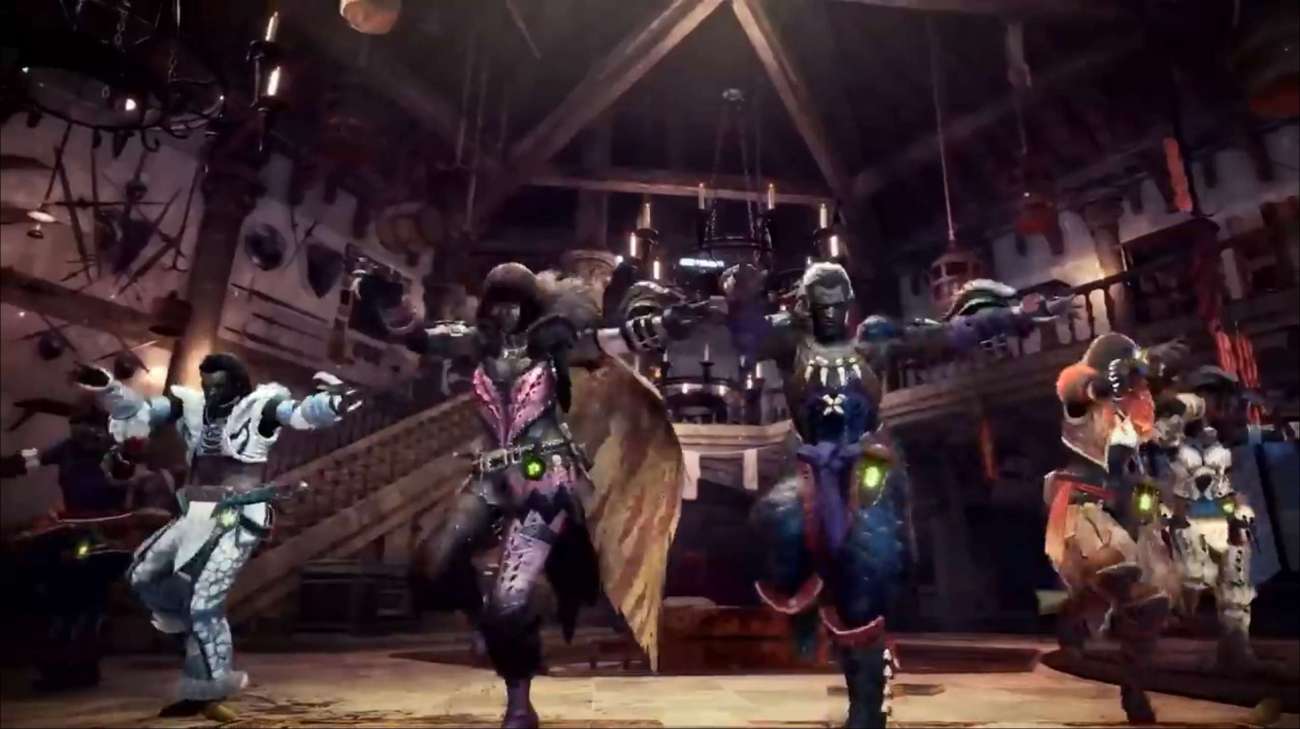 Monster Hunter World: Iceborne is finally on PC. It didn’t start off with the smoothest launch, but porting the console version over to PC was always going to come with some bumps in the road. Fortunately, Capcom has stuck with it and introduced several important patches since the launch.

Now, the game for PC is getting another important update. It’s the Resident Evil 2 Remake crossover event and it will be available sometime this month. When this event first made its way to consoles, it was received well. Capcom did a beautiful job at bringing survival-horror elements to this action RPG.

The event lets players earn materials to craft Resident Evil-themed armor. There are cosmetic items also available, such as a Resident Evil keychain. It definitely is amazing to see this type of flare on the weapons in Monster Hunter World: Iceborne.

Gestures are also rewarded if you make it through the quest. For instance, you can walk like a zombie and even take bites out of monsters you come in contact with. It’s clear Capcom wanted to make this event different than any other crossover events that have come before.

When you spend a little money, you can get a Mr. X costume for the handler. If you don’t know, Mr. X is a towering evil entity that shows up randomly in Resident Evil 2 Remake. He’s an unstoppable force that you just have to sneak around or run away from. It’s only right that Capcom added him to Monster Hunter World: Iceborne considering he’s a monster himself.

If you’re looking to make over your room in the game, Raccoon City decor items will also be available. This includes the iconic typewriter that will be situated on your desk. It’s not just for show. You’ll actually be able to access it to save your game files. It’s impactful details like this that have made this crossover event so beloved by the Monster Hunter community.

Coming to this PC release a little earlier is Rajang. He’s a new monster that resembles a devilish gorilla. He towers over characters and shows off immense strength. He’s definitely not a monster you’ll want to encounter with limited resources.

It’s great to see these updates coming to PC. They should give PC gamers more content to dig into and cosmetics to play around with. It’s also nice seeing two huge franchises coming together. Who knows what Capcom will come up with next?

If You Want A Second Island In Animal Crossing: New Horizons, You'll Need To Buy A Second Switch