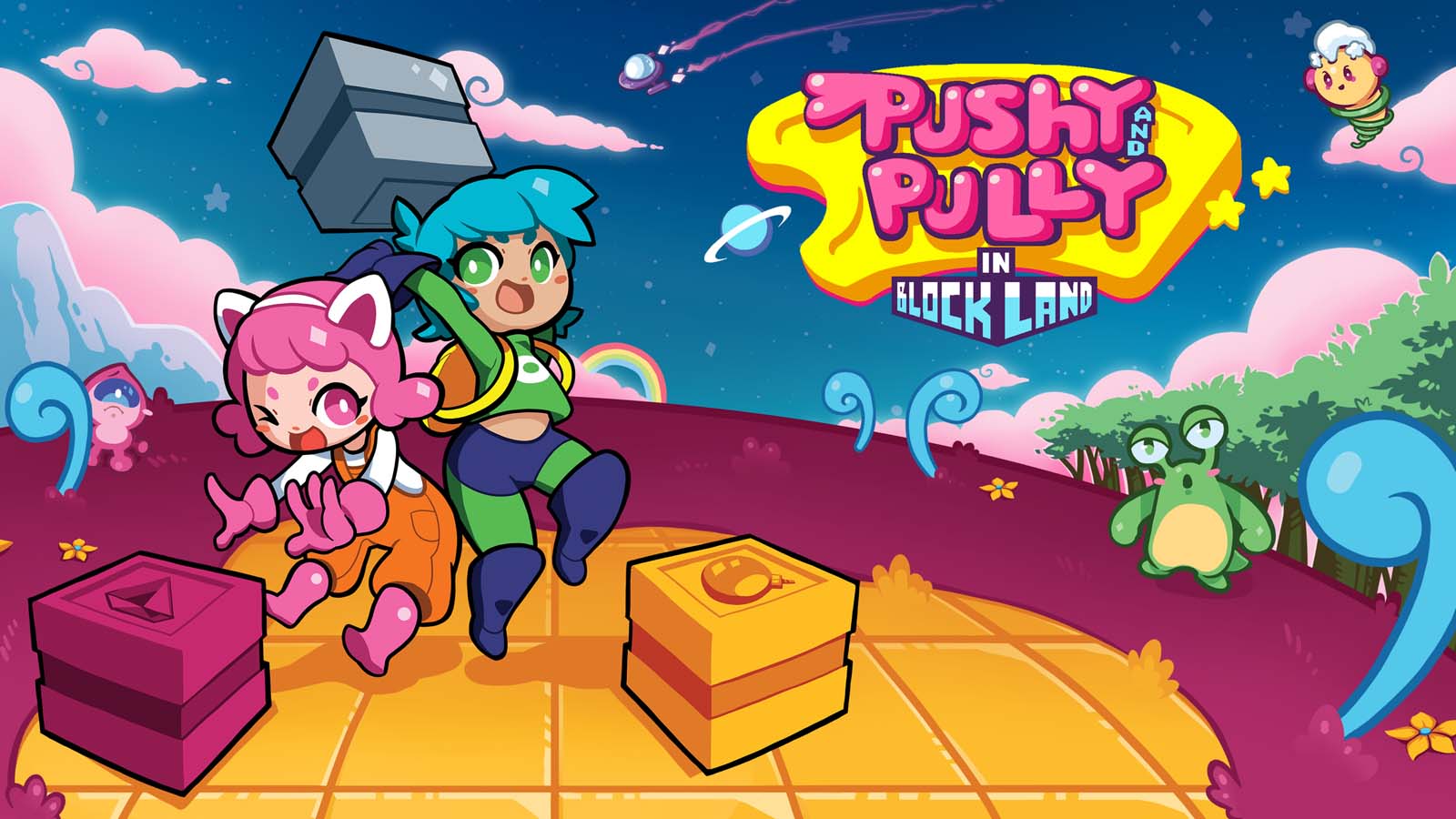 Pushy and Pully in Blockland has been announced by Dutch developer Resistance Studio. The game is a two-player puzzle adventure inspired by classic games like Snow Bros. Players control two characters as they fight across Blockland on an adventure to fix their ship. Defeat bosses to find spaceship parts and leave Blockland for good.

In a time of social isolation, multiplayer games like this are becoming even more important. Resistance Studio is looking at a May 2020 launch date, with console releases expected later in the year.

The developers have focused on giving the game a retro feel. This is designed as a cooperative arcade game allowing players to control one or both of the characters. The controls are made up of pushing and pulling blocks. If you join blocks of the same color, you can gain power-ups that are used to defeat bosses throughout the game.

Pushy and Pully in Blockland is full of over 50 handmade levels. At the end of every ten, players will find a unique boss that is themed to the environment. These bosses require special tactics and planning to defeat, and they are built to be a challenge. End a stage by defeating all the enemies before the timer runs out.

The game follows a classic style of gameplay, but it adds its own unique twists making it something new. The more points you gather, the further up the leaderboard you can travel, and the stage rating will improve. Compete against your friends and discover who can achieve the highest score.

The developers have designed this game with coop play in mind. Play with friends using Steam Remote Play or online capabilities. Enjoy the game from the comfort of your home and bring your friends along through the safety of the internet.

Resistance Studio has set up a very informational website full of screenshots, videos, and more on Pushy and Pully in Blockland. Any interested fan will be able to read about the game’s features and upcoming challenges. The developers have worked hard to create fun arcade-style games that appeal to players of all ages. With this upcoming title, many are saying that they have accomplished their goal.

Pushy and Pully in Blockland will be available to the PC audience through Steam sometime in May. Later in the year, the game is expected to launch on Nintendo Switch, PlayStation 4, and Xbox One for console players to enjoy this title.

PUSHY AND PULLY IN BLOCKLAND