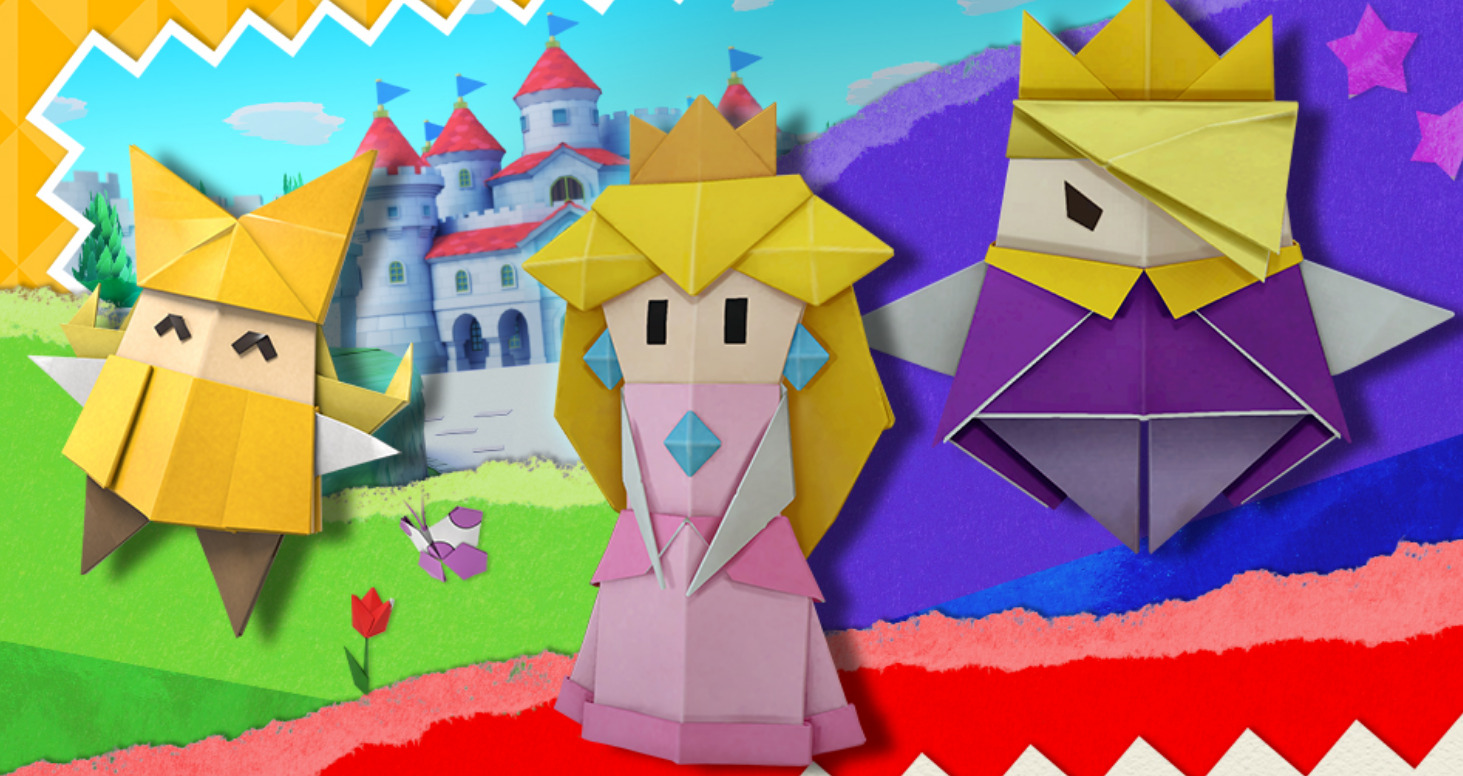 The recent hit Nintendo RPG Paper Mario: The Origami King is coming to Super Smash Bros. Ultimate in the form of a new batch of spirits.

Spirits provide a much needed power boost to characters in Super Smash Bros. Ultimate, and they come in the form of crossover game characters. For instance, the series Star Fox has a number of fighters on the main roster. These include Fox McCloud, Falco Lombardi, and Star Wolf. But the game also features Peppy Haire and Slippy Toad, two of Fox’s longtime companions, as spirits.

When fans first heard that characters from Paper Mario were coming to the fighting game, many were clearly hoping that Paper Mario himself might be added to the game’s already impressive and massive roster.

However, word soon came down that the additions were going to be new spirits based on the game.

Peach, Olivia, and Olly from Paper Mario will be coming to Smash as spirits. This announcement was made on the Japanese Smash Bros. twitter account. The spirits will not be permanent additions, however.

The three spirits will be available to earn in-game this weekend only. The event starts on August 28 and continues to Tuesday September 1.

When Paper Mario: The Origami King released, it was immediately a massive success. The game introduced a new combat system, which rubbed some longtime fans of the series the wrong way, but it still quickly became the fastest selling title in the history of the Paper Mario franchise.

Of course, when it comes to Super Smash Bros. Ultimate, there are always opinions and rumors as to who will be the next character added to the roster. The game already features a massive selection of fighters, made up of every Smash Bros. character that has ever appeared in one of the games dating all the way back to the original Super Smash Bros. for the Nintendo 64.

On top of that, there is an ongoing DLC Fighters Pass. The first round of Fighters Pass characters featured some popular options like Terry Bogard from Fatal Fury and Banjo and Kazooie from Banjo-Kazooie.

Of course there were also some let downs, like Byleth from Fire Emblem closing out the list of fighters in the first wave.

The second wave of Fighters Pass characters is currently underway, with speculation running rampant as always. Names like Sora from Kingdom Hearts or Dante from Devil May Cry have been running through the rumor mill, but only time will be able to tell if they ever join the battle.

Gotham Knights Won't Be Live Service, According To Game's Producer