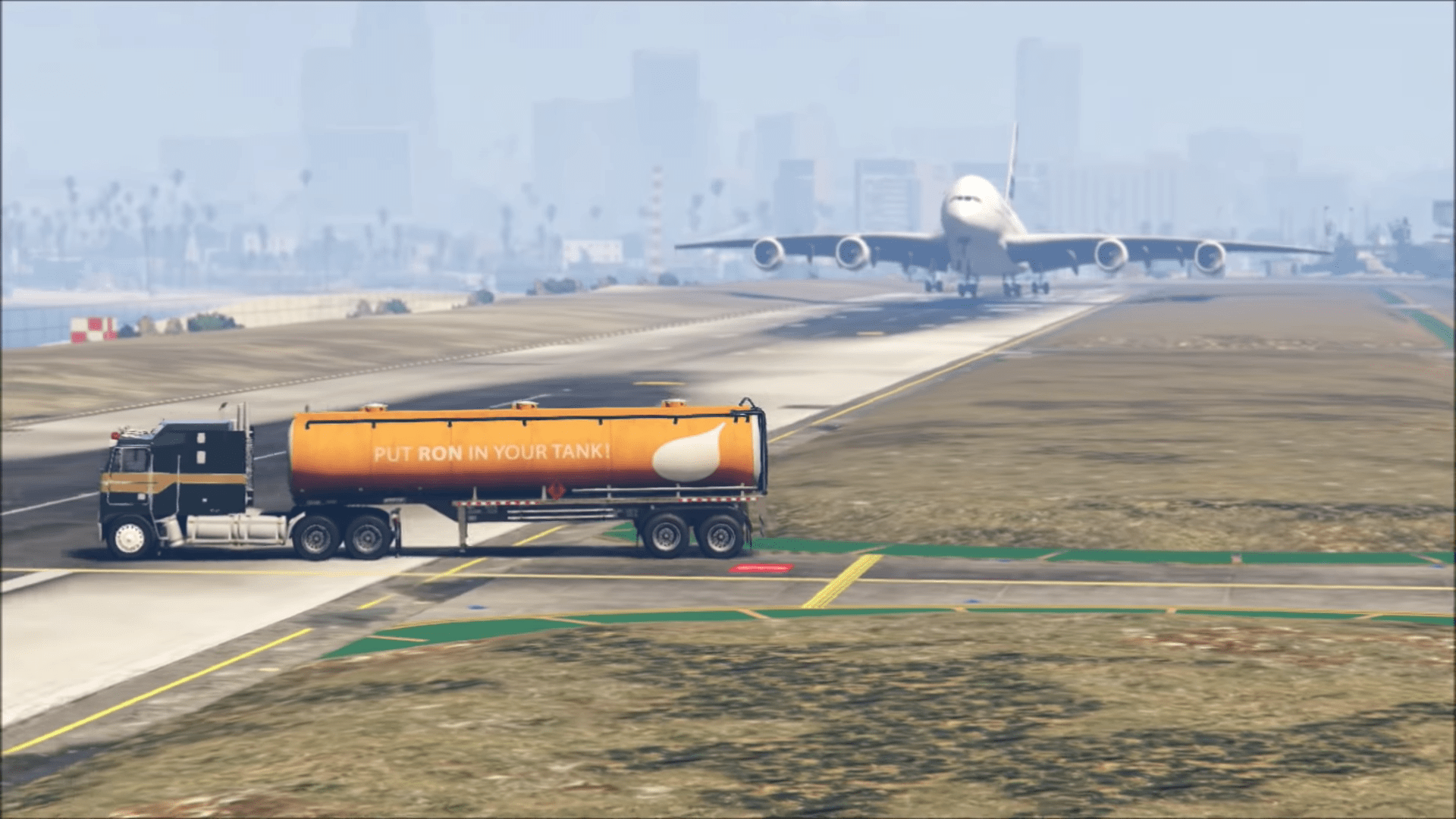 Last week, a video of a plane narrowly missing a major runway crash went viral on Twitter. The video depicted a plane, in the middle of attempting a landing, having to dodge an oil tanker that wrongly drove onto the runway; the plane barely missed total destruction. The tanker visibly had the words “PUT RON IN YOUR TANK!” scrawled along its side. There’s only one problem, though. The video wasn’t real. It was just in-game footage from GTA V.

Although most of the users on Twitter seemed to notice this, one person didn’t: Pakistan’s Awami Tehreek Secretary General, Khurram Nawaz Gandapur. Last Friday, Gandapaur retweeted the video and congratulated the pilot, apparently not realizing the video was taken from the popular video game.

“Narrow escape of an aircraft which could have ended in a great disaster,” Gandapur wrote. “Miraculous save by the pilot’s presence of mind.” The tweet was quickly deleted, presumably only after Gandapur or his staff realized where the video had come from.

In the few hours the tweet was still up, thousands of Twitter users replied to the tweet. Most of those replies were, of course, mocking Gandapur for his mistake.

But, to be fair—it’s safe to say Gandapur wasn’t the only person who made the mistake. In the age of the internet, it’s becoming rather normal for all kinds of fake footage and photos to get shared by users who just aren’t paying much attention. In an obvious example involving the same video, an astronomy page on Twitter also retweeted the GTA V video.

The original video was first uploaded by YouTuber The UiGamer a few weeks ago, where the YouTuber clearly stated the video had come from Grand Theft Auto V.

On another note: can we just appreciate how long Grand Theft Auto V has been making waves? The longevity of the game has been nothing short of impressive. First released in September of 2013, GTA V is now almost 6 years old and the graphics still look realistic enough to fool Twitter users.

The next game is probably going to be even better. Fans are still waiting for news on the rumored Grand Theft Auto 6 (or is VI?). But Rockstar, GTA V‘s developer, has published no anticipated release date or gameplay information. Gamers will probably need to wait a while because Red Dead Redemption 2 (Rockstar’s other famous title) just released last year, so it will take Rockstar a while to catch on the next title in the series.