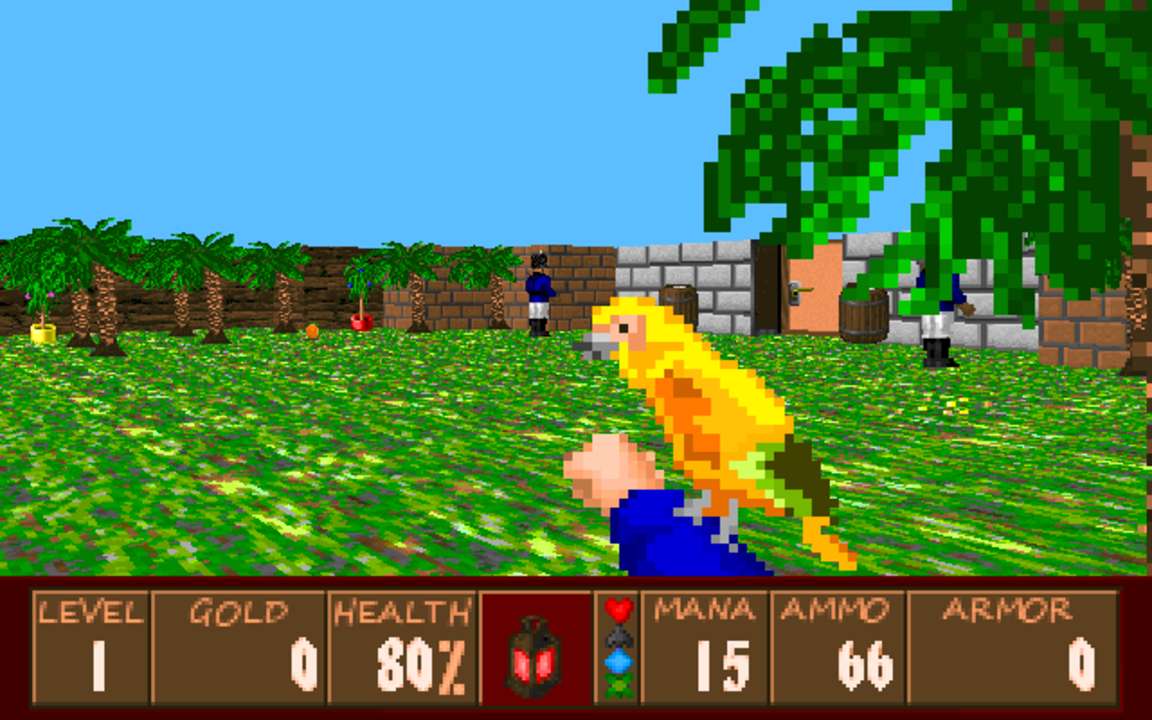 Tired of the dark and damp corridors of the castle in Wolfenstein 3D? Well, why don’t you change the environment with all the bright colors of the tropics?

Instead of Nazis, you will find yourself battling angry pirates with theGolden Parrot mod. They will not be wielding Nazi swords. Instead, they would be swinging cutlasses so better watch out for these deadly slashing sabers.

To even the odds, you can also use the cutlass yourself to kill yourself some pirates. You may need to have a handy blade considering that reloading in this game is quite slow. You don’t want to be caught in a corner out of bullets with pirates swinging at you.

The weapons menu in Wolfenstein 3D is also quite unrecognizable. You will see typical weapons used by pirates like flintlocks and other short firearms.

In this mod, you will play a privateer with your own choice for a nationality. You can choose to be an English, Spanish, Dutch, or Spanish adventurer.

To cap it all off, you also have a hook for a hand!

Make sure to get all the loot you will find along the way. Any items you save can be used when you meet a merchant. You can trade these to upgrade your skills, health, or character.

In the original game, you will play William Blazkowicz aka BJ, working as a spy for the Allied forces. He’s trying to escape the Castle Wolfenstein, which has been converted as a Nazi garrison. All along, he will encounter several Nazi soldiers, as well as dogs and other challenges.

Of course, you will also fight several bosses, including Mecha Hitler, which comes out of Episode 3. The Fuhrer will be wearing an armored suit equipped with chain guns, and he’s not afraid to use it.

There’s also Hans Grösse, whom you will fight on Floor 9 in Episode 1. He’s also equipped with twin chain guns that are embedded on each hand. The other bosses include the Grösse family, Barnacle Wilhelm, Otto Giftmacher, Staatmeister, and Doctor Schabbs.

The modification promises a new merchant system, more weapons, and better controls. You will also play new levels not found in the original game. 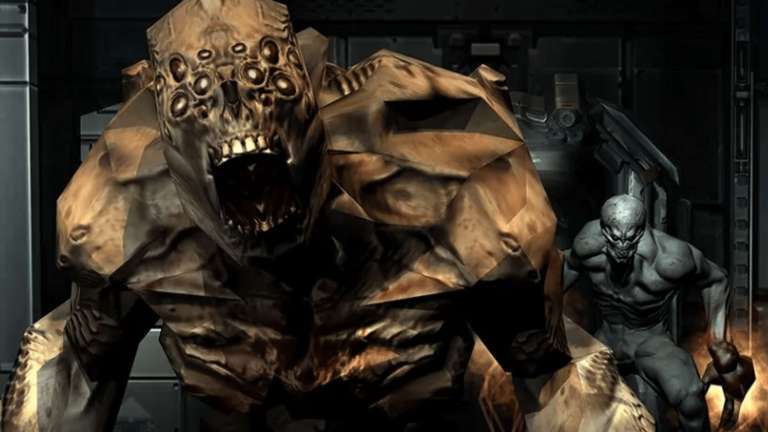 Jul 31, 2022 Michael Gunn 500
The renowned PC FPS franchise of id Software, Doom, is constantly being altered by modders, even going so far as to swap out the irate Doomguy with... 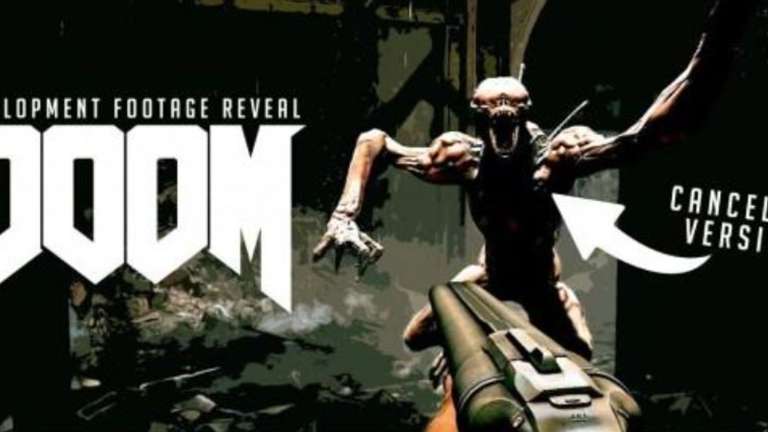 Jul 11, 2022 Tom Lee 430
And also the storyboard of the game's introductory level in 2016. Noclip received gameplay clips directly from id Software and Bethesda in 2016 when...