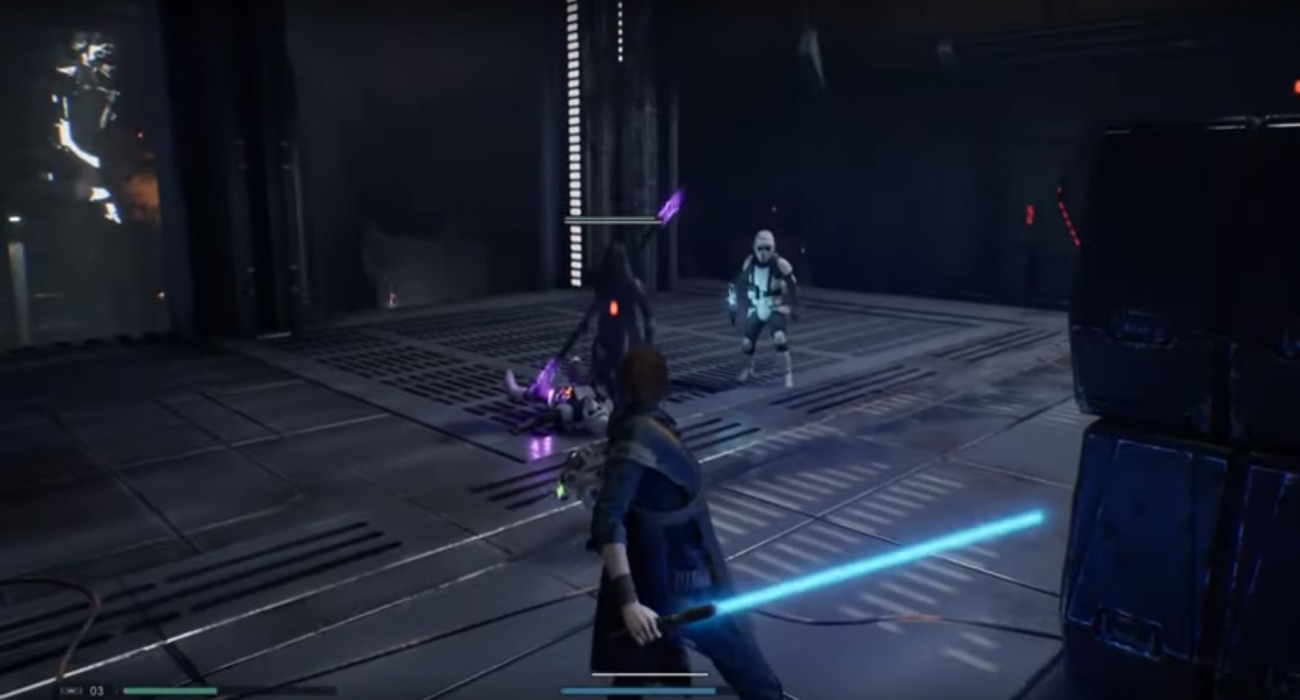 Star Wars fans have anxiously waited for more concrete details on the upcoming Star Wars Jedi: Fallen Order. It’s getting so much buzz ahead of this year’s E3, and rightfully so. Fortunately, fans no longer have to remain in the dark as new gameplay footage has surfaced. Roughly 13 minutes to be exact.

In this footage, we’re treated to many exciting announcements and details to look forward to when the game officially launches sometime later this year. The setting of this footage is the Wookie home world.

We pick up with a Jedi navigating through the rich environments. He possesses exceptional jumping capabilities and even can use a lasso to latch onto objects up above.  It seems like a lot of this game’s gameplay is built around being mobile and getting to different points of the stage.

Looking at the visuals, they are pretty impressive. They seem beautifully rendered and hopefully, they look just like this at launch. Going back to the trailer, the Jedi is on a mission to free the wookies. They’ve been captured and need help immediately.

We immediately get to see this Jedi use the force. He uses it to push forward doors and control objects. It looks like it will be one of the more important skills you rely on when navigating the various environments.

Another unique aspect worth mentioning is the way the Jedi uses his lightsaber as a light source. It guides him through dark stages, which is brilliant when you really think about it. The lightsaber has a dual purpose.

Now, let’s talk about what many have wanted answers on ever since Star Wars Jedi: Fallen Order was announced. That is, of course, the combat system. The lightsaber acts as an offensive and defensive weapon, which is pretty standard in a Star Wars game.

It’s particularly fun to see the Jedi bounce lasers from blast guns back at enemies. The Jedi can use the force to grab opponents and send them forward as an offensive tactic. With consecutive successful attacks, you can decrease an enemy’s block meter. Upon doing so, you can activate a pretty devastating execution attack. Overall, the system looks pretty in-depth.

As you progress in this game, you’ll have the chance to level up your character and the droid. The game’s save states work a lot like Dark Souls, according to the developers at Respawn Entertainment. This extended gameplay footage should get fans hyped for what Respawn has in store for this iconic franchise going forward.