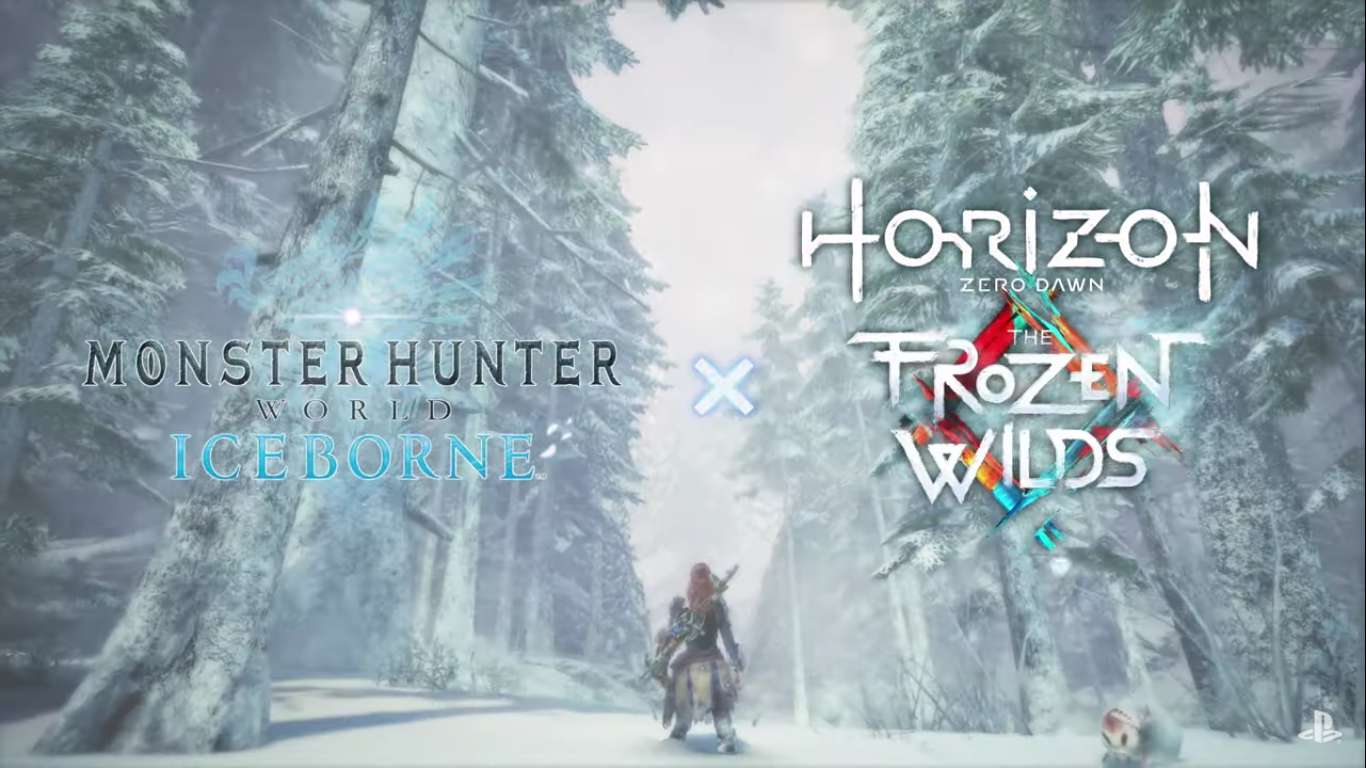 A special Light Bowgun, the Stormslinger Prototype, is available in Monster Hunter World: Iceborne as the game collaborates with Horizon Zero Dawn. The door has opened to fairly seamless collaboration between the two games. This is not the first cross-over in Monster Hunter history, and so far, it has been surprisingly successful at every turn.

The new ranged weapon is designed after the Improved Stormslinger in Horizon Zero Dawn: The Frozen Wilds. It easily translated into the Monster Hunter world with the iconic design aesthetics of the Banuk tribe. Wood frame, light blue tones, feathers, and an almost makeshift design make it ring home for many fans of the franchise.

The way you get your hands on this new weapon is a nod to the original game. In Horizon Zero Dawn: The Frozen Wilds, you battle a ferocious canine beast known as a Scorcher that charges up moves and throws powerful attacks at you. This is the perfect start to a Monster Hunter quest.

The monster is very much like the Zinogre in Iceborne. This is a special Event Quest that will have you hunting a thunderous Zinorge in Hoarfrost Ranch. Make sure you have your Master Rank above 24 and pack some extra Thunder resistance. You need to complete this quest and defeat this beast to gain access to the Light Bowgun.

In a post on the PlayStation Blog Roy Postma, the Art Director for Horizon Zero Dawn game some background to the process of creating the weapon. “The Improved Stormslinger started out as an upgrade to the spear that the Banuk shaman Ourea wields in the Horizon Zero Dawn DLC expansion, The Frozen Wilds. For the design, we took the technical parts from that spear and arranged them on a ropecaster framework, which allowed us to plausibly extend its power capacity. Using the concept of “the more power the better” as a guiding principle, we then strapped together additional capacitators and wired all the technological parts together,” he writes.

If the Light Bowgun is not your weapon, you can still add some high-tech flair to your weapons. By completing the special Event Question you will receive a shimmering weapon pendant fashioned after Aloy’s Focus device.

These are only some of the special events happening in the game. Guest survivors from Raccoon City Leon S. Kennedy and Clair Redfield made an appearance in the game as well as contributing in Full Amor Sets for those who complete their Event Quest.

There will be another free update to the game in early December that will give players a quick look at a new set of improved weapons. These weapons will help you quickly complete the main Monster Hunter World storyline and get to the new content.