Microsoft Hardware Partners; AMD And NVIDIA Now Has Support For DirectX 12 Ultimate As AMD Reveals Its Ray-tracing on RDNA2 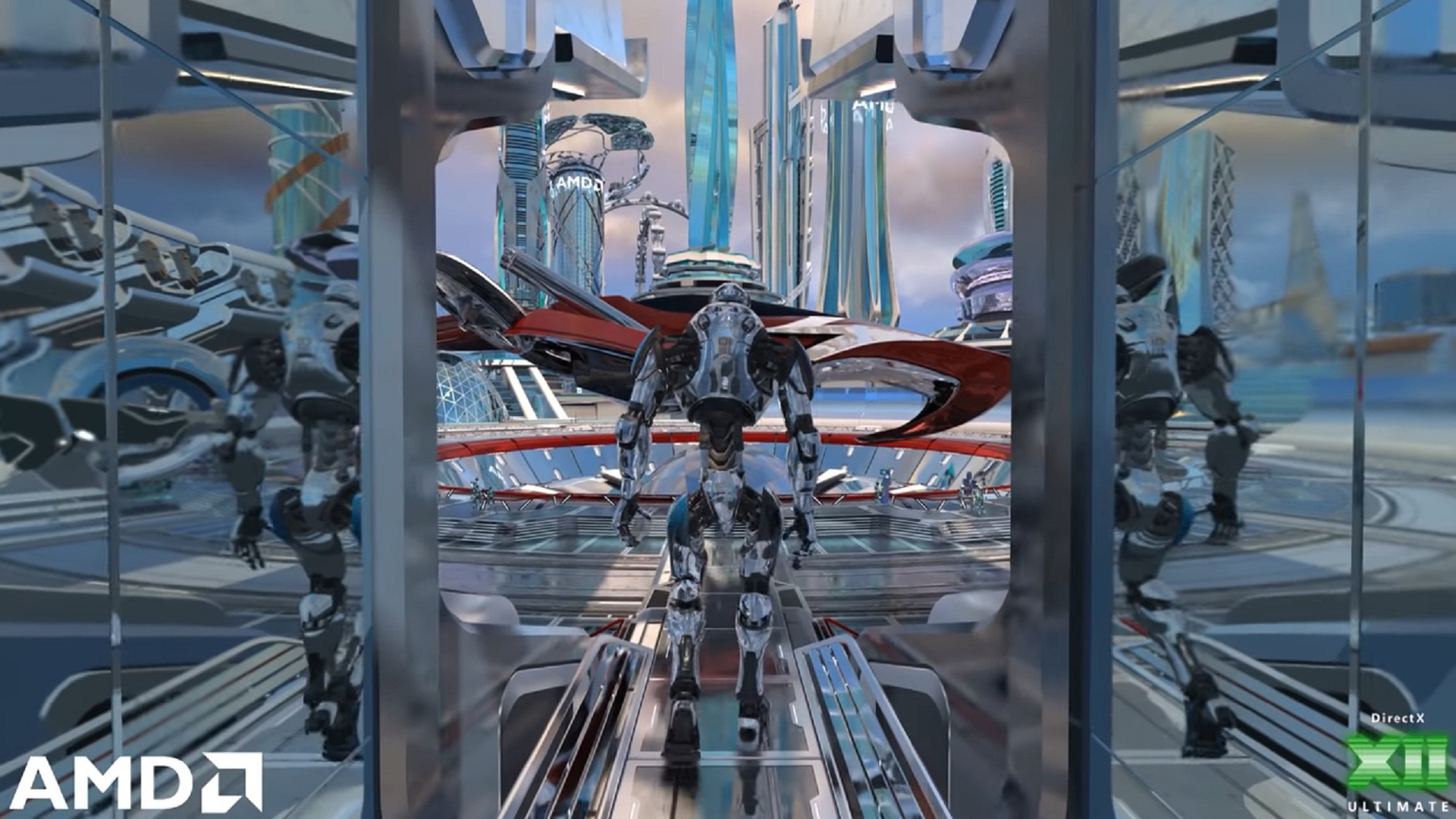 Long before the advent of DX12 Ultimate, there has been a limited overlap between hardware and software, where even if the hardware were similar, the software interfaces were pretty dissimilar, which went on to discourage single adoption by developers.

However, that may not be so again, especially after yesterday’s announcement from Microsoft about the DirectX 12 Ultimate that will augment gaming visuals for good!

The announcement stated how AMD was pleased with the partnership with Microsoft to offer full support for DirectX 12 Ultimate in their upcoming AMD RDNA2 gaming architecture.

Furthermore, this architecture is built to power the next generation of AMD Radeon graphics cards and also the upcoming Xbox Series X gaming console and possibly Sony’s PlayStation 5.

In light of that, AMD did release a one-minute demo reel of a possible outcome on its upcoming graphics architecture

What makes this a unique combination?

AMD collaboration with Microsoft has brought gaming graphics to a point where it’s hard to differentiate between a movie and a game with a new level of smoothness and photorealism. This would become a reality, mainly because of DirectX 12 Ultimate graphics feature— Variable Rate Shading (VRS), Mesh Shaders, Sampler Feedback, and DirectX Raytracing (DXR).

Microsoft fully backs the DirectX 12 Ultimate as an assured stellar ‘future-proof’ feature that would have support for next-generation games.

How do these features work under the hood?

DirectX Raytracing (DXR)
This particular feature is responsible for bringing the new level of photorealism to video games, which was previously exclusive to the movie industry. The visual effects achievable by DXR are authentic because they feel more real because of its newly programmed precise calculations.

DXR tracks paths of light with actual physics calculation, which is a more exact simulation than the usual heuristics type-calculation used previously.

Variable Rate Shading
VRS gives developers the power to be selective when it comes to the game’s shading rate. In essence, it allows them ‘dial-up’ the GPU power in parts that require massive computing for better visuals and ‘dial back’ the GPU power in places that require less computing power for both smooth visuals and faster speed all done at will!

That’s not all. Variable Rate Shading is quite easy to implement for developers; this means no need for higher computing power.

Mesh Shaders
Mesh Shaders give developers room for delicate computing than ever before in the history of video game development. This happens by utilizing the full power of the widespread GPU compute to create a breathtaking, dynamic, and detailed world than ever before.

This means imperative programming with the aid of the GPU computes to geometry pipelines to be able to achieve this feat. Before Mesh Shading, the previous model of shading came at the price of performance, and flexibility dampened down.

Now, we’ve gotten a glimpse of the features that makes the DX12 Ultimate super-awesome, another question that comes to mind is of what purpose is the merging of the new graphics platform across game engines?

According to the DirectX Developer Blog, the merging of DX12 Ultimate across game platforms catalyzes a rapid adoption of new features across all game platforms simultaneously.

Then end goal would be to give gamers groundbreaking graphics, and new feature adoption more quickly than ever before in the gaming market!

The VR Title Half-LIfe: Alyx Can Now Be Pre-Loaded Ahead Of Its Official Launch Via Steam

Dec 18, 2020 Chris Miller 10420
Gaming hobbyists have a bit to be frustrated about during this typically jovial holiday season, and the pandemic is weighing on everyone heavily as...