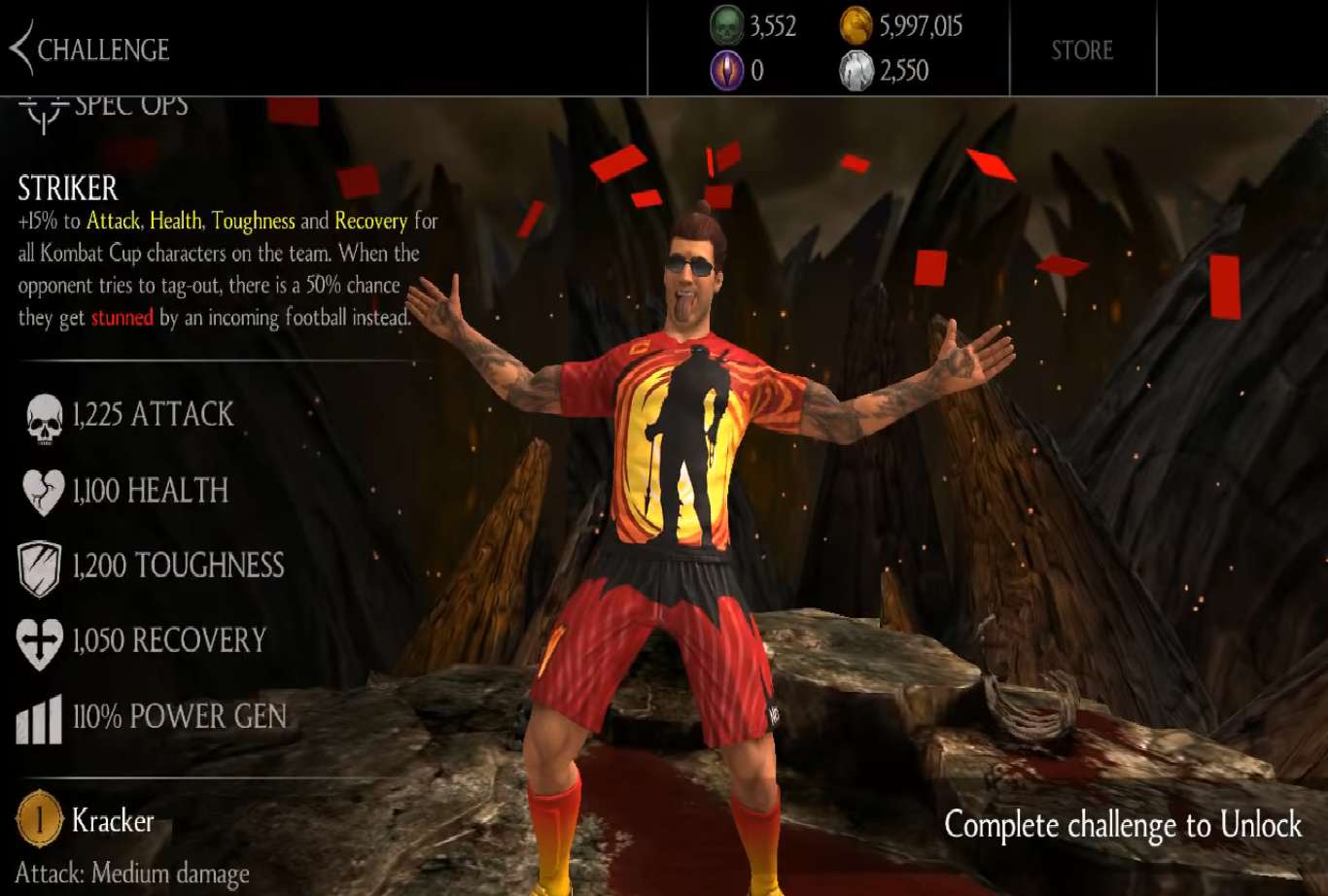 Thanks to feedback from fans, Mortal Kombat Mobile brings in old characters for players to unlock in the weekly character towers. And in this week’s addition to the game, they bring in Kombat Cup Johnny Cage into the tower.

Kombat Cup Johnny Cage is based on Johnny Cage’s World Cup outfit, a promotion for Mortal Kombat X where players could place Johnny Cage and his estranged wife Sonya Blade in World Cup Outfits. These outfits, which were skins in MKX, gave both Cage and Blade a unique look for their playthrough.

Kombat Cup Johnny Cage has his own unique fighting style compared to his other character cards. He retains the classic “the Kracker” move, where he does a split and performs an uppercut to the groin region, which unlike the Johnny Cage of decades past, works on both male and female fighters in this game. He also has a move called “Football!”, where Cage charges up a flaming soccer ball and kicks it at his opponent, stunning them and causing fire damage for a few seconds. And his final move is, of course, his X-Ray from Mortal Kombat X, Kasting Kall.

Kombat Kup Johnny Cage also has the Striker Passive, which grants 15% to attack, health, toughness, and recovery for all Kombat Cup characters on the team. Also, when an opponent tries to tag out, there is a 50% chance they get stunned by an incoming soccer ball instead, an ability that happens even if Kombat Cup Johnny Cage is not the active fighter.

Kombat Cup Johnny Cage will only be available until December 12, 2019, so if players want him, they’ve got until then to complete the tower up to three times. Fans of this character won’t want to miss out on this unique opportunity.