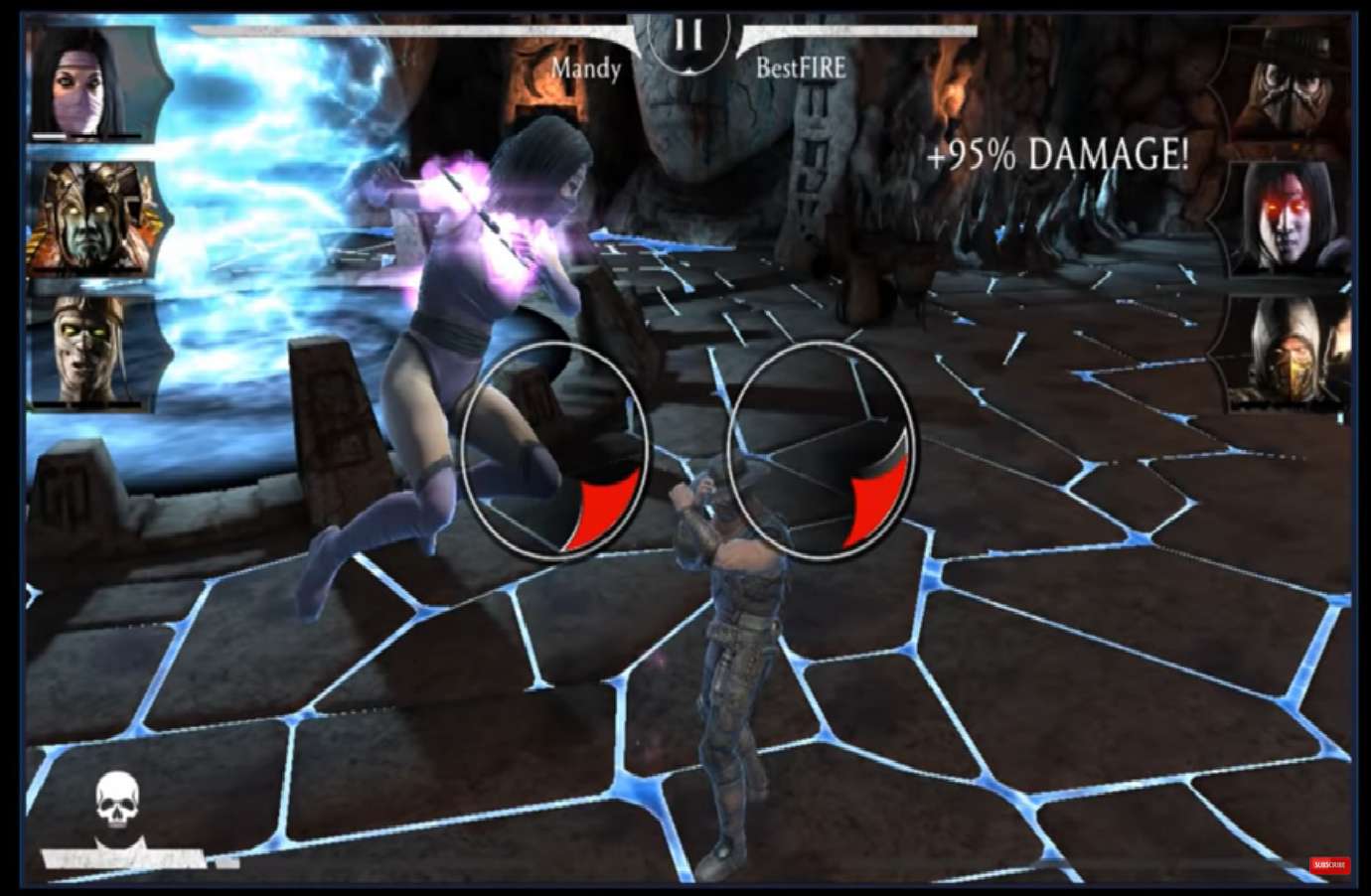 A new week has cycled through Mortal Kombat Mobile, and that means another character gets a weekly character tower. And included with Klassic Mileena’s towers is themed pack in the card shop.

Mileena is a long-standing character in the Mortal Kombat series. Introduced alongside her “sister” in Mortal Kombat 2, she’s an inversion of the “sexy girl in a fighting game” theme by revealing that she’s got a horrible mouth full of sharp teeth. Her fatalities have always involved her eating people as well, making this clone of Kitana into a horrifically violent woman in this violent fighting game series.

Mileena’s story begins millennia before the series in the Midway timeline, where she and Kitana were told that they were twins, though Mileena was thought to have had a facial deformity. In truth, Mileena was a creation of Shang Tsung’s flesh pits, combining the Edenian DNA of Kitana with that of the Tarkatan species as a “replacement” for Kitana, though Kitana found this out during the Outworld Tournament and beheaded Mileena.

She was resurrected by Shinnok to spy on Shao Kahn during his Earthrealm invasion in Mortal Kombat 3, only to be called back to the Netherrealm after Kahn’s second defeat by Liu Kang to aid in Shinnok’s invasion of Edenia during Mortal Kombat 4. She captured and released Kitana as a means to prove herself the stronger, only to be defeated by Kitana and locked away in a cell.

Mileena was then released from prison in Mortal Kombat: Deception to serve the original ruler of Outworld, Onaga the Dragon King. Posing as Kitana, she misled her armies to aid in the Dragon King’s ascension, only to return to Shao Kahn’s service when it was revealed that he survived the events of Deadly Alliance.

As with all other fighters, Mileena fell during the battle of Armageddon, and her timeline was reset by Raiden.

In the Netherrealm timeline, Mileena was “born” during the events of Mortal Kombat 2, changing her personal timeline. Here, she was successful in replacing Kitana after she discovered Mileena, and took over the role of Kahn of Outworld after Shao Kahn was taken and executed by the Elder Gods.

Mileena ruled as the mad empress for at time before Kotal Kahn deposed imprisoned her. It was her friend and lover Tanya who rescued her, and Mileena began a war against Kotal Kahn to regain her throne. Mileena was captured by the efforts of Cassie Cage and D’Vorah, who was unceremoniously executed by D’Vorah. Her fate as of Mortal Kombat 11’s timeline reboot is currently unknown.

In addition to Mileena, the store has a new character pack. During one of the DLCs from Mortal Kombat, three costumes were released for three of the fighters; a “Kold War” set for Sonya, Sub Zero and Scorpion. All three of these characters have a look that makes them appear like they would be if they were created at some time between 1947 and the early 1970s.

This week’s content drop is definitely a robust one compared to other weeks. So if you want Klassic Mileena easily, be sure to get through her towers.

OneyWare's Bowlbo: The Quest for Bing Bing Gets A Steam Page Ahead Of Launch