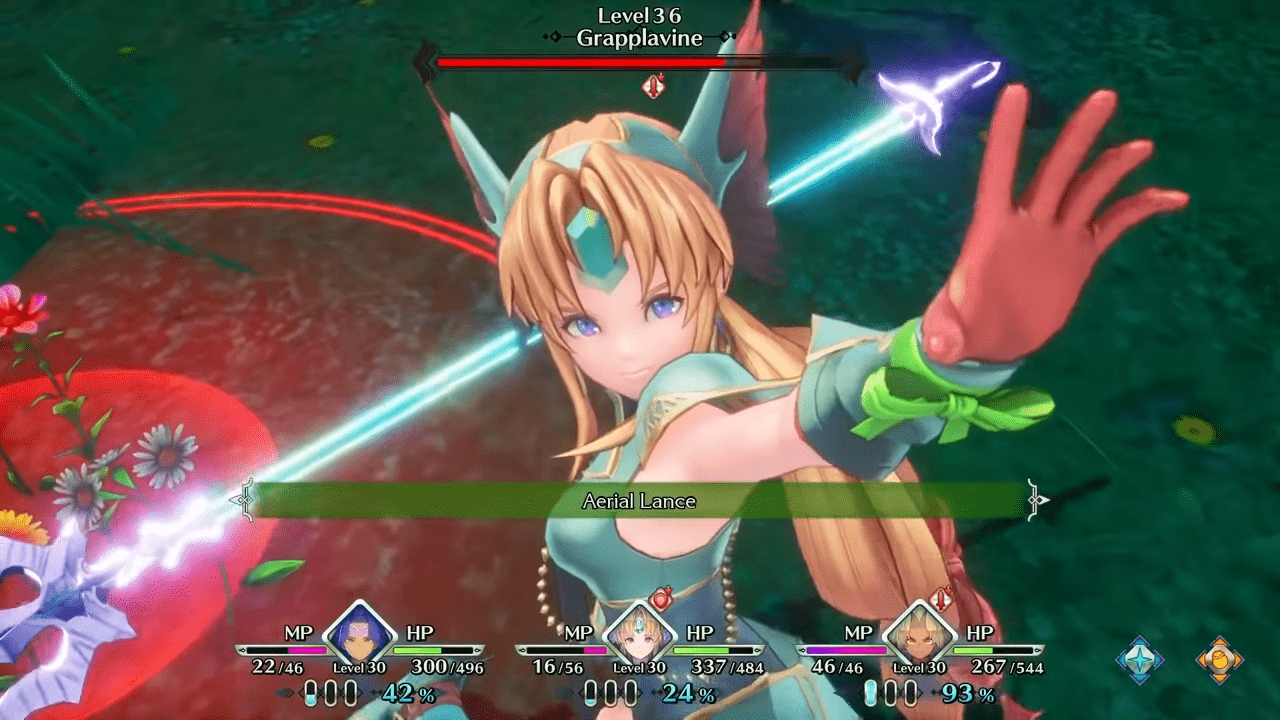 Twenty-five years ago, Square Enix came out with an RPG that offered a change of pace from the standard gamut of RPG combat systems. While there were monstrously popular titles such as the Final Fantasy franchise, Might and Magic, Ultima, and a slew of others, Trials of Mana brought about a new combat system that didn’t retain the standard mechanics of menu-based battling.  Alternatively, battles happened in real-time as you wandered across monsters in wild areas, challenging players to manage a combat system with three active party members out of a total of six.

It was groundbreaking for its time, even if the new combat system didn’t result in the death of menu-based combat at that time.  Unfortunately, 1995 was a hallmark year for RPGs, and Trials of Mana was overshadowed by titles such as Earthbound and Chrono Trigger.  While Chrono Trigger has received a remake of sorts (nowhere near the quality that the upcoming Trials of Mana offers, nor Final Fantasy 7 Remake) already, Trials of Mana is on the horizon as yet another remake of the classic SNES version; this time, it looks fantastic.

Much how Final Fantasy 7 Remake is experiencing a massive facelift with new locations, characters, and events, so too does Trials of Mana appear to be receiving similar treatment.  A new gameplay trailer has arrived where it shows off new worlds, a fantastically fluid combat system, and underdressed women.

The voice acting will likely have many opting for the original Japanese voiceovers, which have already been confirmed as being included in the options of the base game.  Voice acting aside, it’s not an exaggeration to say that this title is showing tons of promise with beautifully lush worlds ripe for exploration.  A multitude of various biomes and cities are seen within gameplay trailer, from harsh desert landscapes to snow-covered battlements, evergreen jungles and volcanic regions spitting magma and fire.

Yet beyond the landscapes is the quintessential mark of any respectable roleplaying game; the combat.  Even with monumental lore expertly woven through the storyline, or character arcs that put Game of Thrones to shame (the first few seasons), if the combat becomes a chore to work through, many will simply avoid the title altogether.

Thankfully, Trials of Mana is once again faithfully looking at the real-time combat and movement to be interwoven into the exploration and adventure, seamlessly switching between combat and exploration with no load times in between.  The gameplay trailer also announces over three hundred various abilities that the characters can learn and employ in their battles, all with various effects and some with the ability to chain into other abilities.

The only bad news that could be gleaned from this announcement is the reminder that the Xbox One appears to once again be excluded from the JPRG-love, much like Ni No Kuni skipped over the platform.  While it’s coming to Nintendo Switch, PlayStation 4, and Steam, requests from Xbox One owners have appeared to fall upon deaf ears for the time being.  Trials of Mana is scheduled to release on April 24, 2020, and it’s poised to bring a lot of enjoyment for fans old and new alike.

Aug 26, 2020 Chris Miller 13030
There are a couple of statements or questions that you could posit to a large group to get discussions going: asking about favorite teams and sports,...

Jul 22, 2020 Harry Alston 5770
Final Fantasy 14 is Square Enix's massively multiplayer online roleplaying game that first released back in 2010. Since then, the game has undergone...