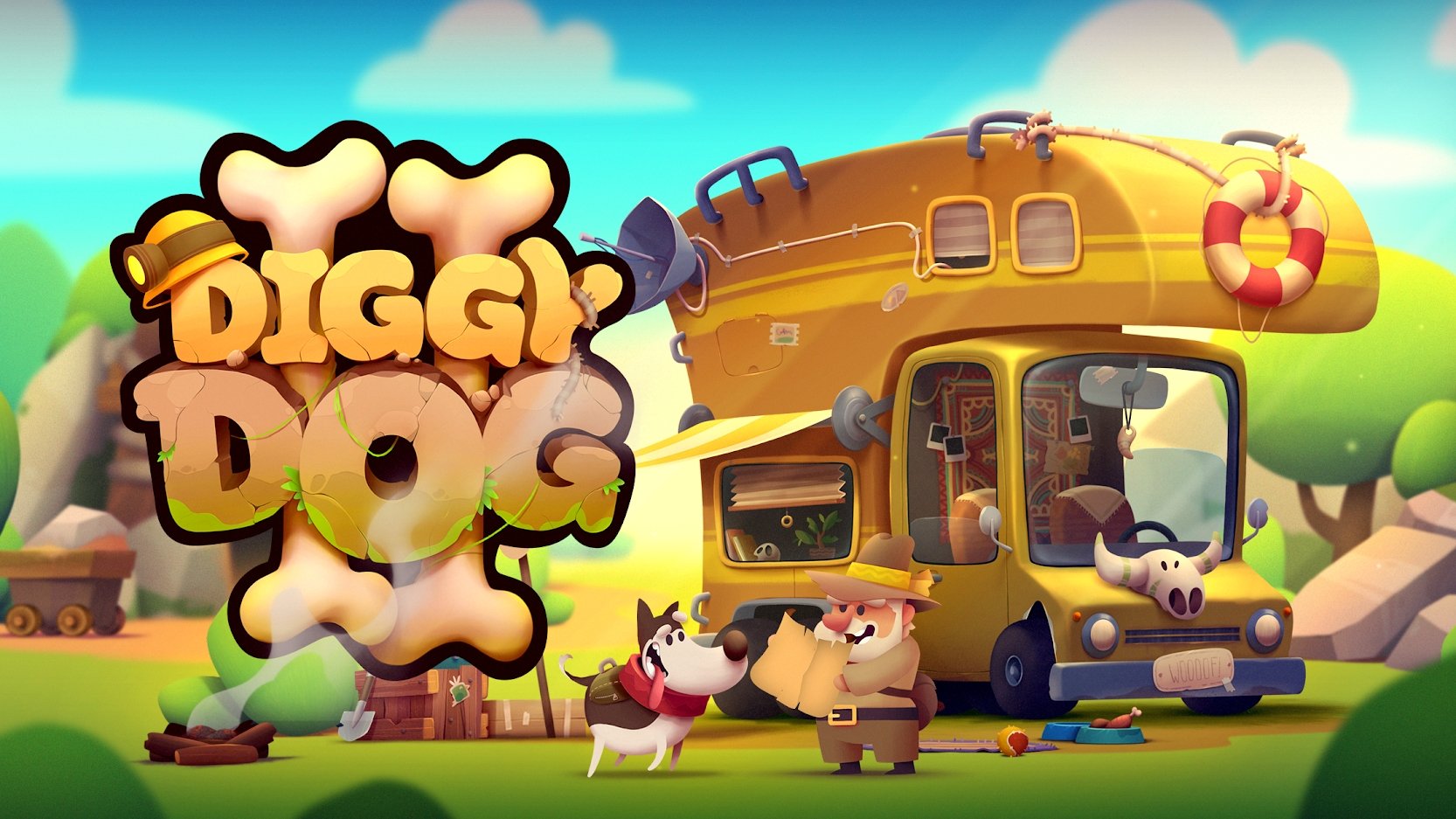 Publisher and developer King Bird Games’ My Diggy Dog 2 has entered Early Access on Steam. The game was previously released on the App Store and Play Store and has already achieved over 100,000 installations.

My Diggy Dog 2 is a digging platformer game where players control a dog digging through the earth. Adventurers Christopher and Clara with their dog Marty are traveling the world in search of ancient treasures and uncovering the secrets of the universe.

The exploration team met their faithful pup Marty on one of these trips. In My Diggy Dog 2, Clara has disappeared, leaving the survivors heartbroken. Marty decided he didn’t want Christopher to lose out on one of his best friends, so the dog decided to search for Clara alone.

The dog found a map with the words “Heart of Space” written. The team decided to find this ancient location and hopefully uncover the whereabouts of Clara.

The game combines both digging and platforming puzzle elements. Players will uncover dungeons filled with artifacts, equipment, and rooms to discover. Players can explore the large map from multiple directions. There are around 120 levels to explore.

Marty can dig down paths in the dirt to uncover large rooms. This is where Marty’s jumping skills will come into play. Although this is unexplored territory to the team, Marty will have to jump around various platforms, defeat monsters, and roll through on carts. The exploration team will learn more about these unique locations as the game progresses.

The game has first entered Steam Early Access to work out any major issues from the mobile version. This is the first release for the development team on Steam, so they want to continue developing the game while interacting with players.

The full version will include a new location, new levels, additional storyline, and more mechanics. The current version of the game is already fully functional and well-developed, but it’s not ready for a full launch yet.

My Diggy Dog 2 is free on mobile devices with in-app purchases. The game will come at a cost on Steam, but at a discount when it first launches. Those interested in the upcoming doggy digging game can add it to their Steam wishlists now.

My Diggy Dog 2 launches in August 2020 plans to stay in Steam Early Access for around 2-3 months but is available now on iOS and Android.