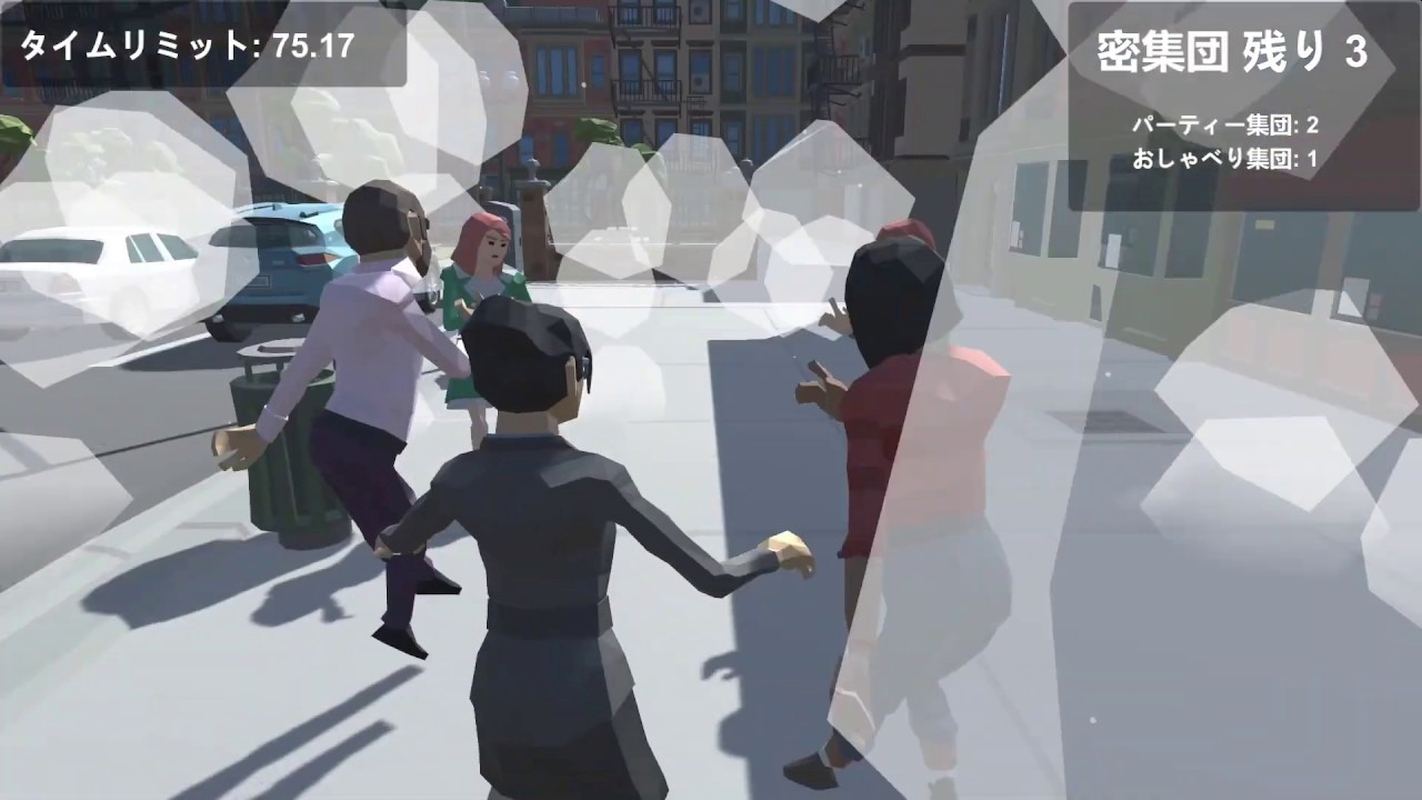 Dense 3D, the browser game born from words spoken by the Governor of Tokyo, Yuriko Koike, was initially developed by Motulo. In the game, players take control of the governor in a city suffering from the COVID-19 pandemic.

The suggestion of social distancing is still being spread online. Though many countries have lifted their “Stay at Home” restrictions, not every location has gotten rid of the virus. Tokyo’s governor head headlines by saying “mitsu” or “dense” in English.

The Dense 3D is all about breaking up groups of people that may be spreading the COVID-19 virus. The game quickly became popular online.

In the game, players take control of the governor as she flies through the city breaking up groups. She uses her words to break up large gatherings and ensure others keep their distance.

Dense 3D was released as a free browser game through the Unity website. The game has been played over 300,000 times so far worldwide. Now the developer wants to release the game on mobile devices but is seeking additional funding to help bring the game to life.

With additional funding, Moluto and their team want to further develop the game. There are three main objectives the developer hopes the achieve.

While people are spending more time at home, Moluto wants to make this time more enjoyable. They plan to add more items, new modes, and replayability elements so that gamers of all ages can enjoy it. Currently, the game is very short and can be completed in one sitting.

The game itself is meant to share how important social distancing is at this time, even though it’s difficult. The game uses positivity and humor to encourage distancing during this time.

Moluto has also mentioned some of the additional gameplay their team hopes to add. They include the normal mode that players are already familiar with, along with a high score mode, time attack mode, and character customization, which can be used to upgrade the governor or create a new hero. New items that will be added include a drone and “Social Distance Gun.”

While some of the funds will be used to develop the game, Moluto plans to fundraise for medical support and to use it for educational materials. This includes helping children who need electronic devices while schools are shut down, but their families can’t afford them.

The mobile version is planned to release on iOS and Android devices. A port on consoles in multiple languages is also being considered.

Dense 3D is available now on Unity 3D. The crowdfunding project is still available through Makuake.