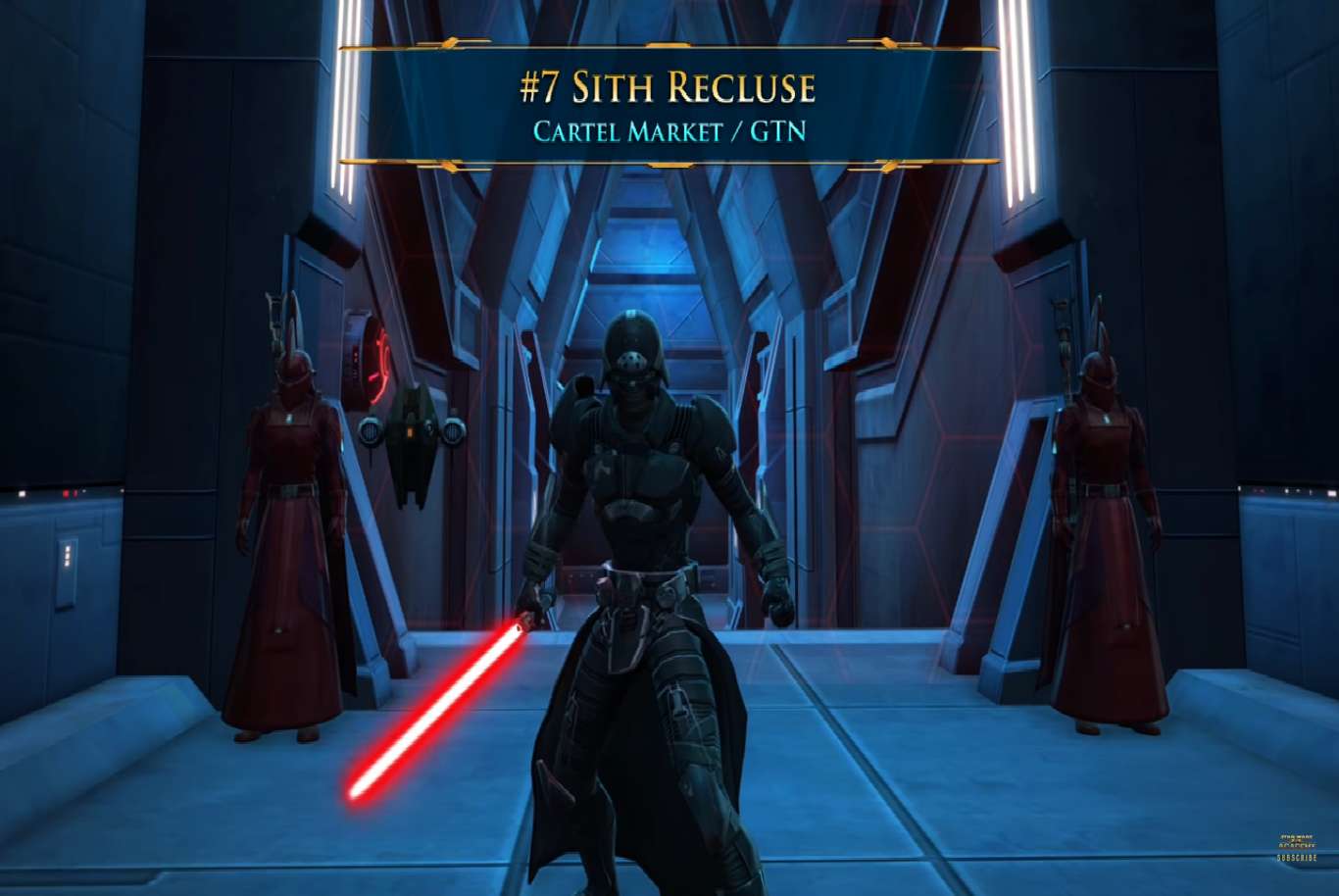 Star Wars the Old Republic has both general set bonuses that work across all classes, and individual set bonuses for both the class archetype and the classes themselves.  Each set bonus grants specific benefits to either the individual class or the archetype in general.

Jedi Knights and Sith Warriors, the dual lightsaber wielding melee archetypes, have six set bonuses in general. The first is the Descent of the Fearless, which grants +2% Mastery at two pieces, increased damage for 10% for 10 seconds after using Force Clarity/Furious Power at four pieces, and a 10% chance to build a Force Clarity/Furious Power charge after doing damage, but it can only happen every 5 seconds.

The final two Knight/Warrior sets only grant bonuses up to four pieces. The Undying grants +2% Endurance at two pieces and grants 20% damage reduction for 6 seconds after using Blade Blitz/Mad Dash. The Tormented set grants  +2% Power at two pieces and four pieces affects the bonuses given by Force Stasis/Force Choke; upon finishing, they slow the target and every target nearby.

The Jedi Sentinel/Sith Marauder have their own set bonuses. The Sentinel/Marauder general set bonuses are Culling Blade and Dashing Blademaster.

Culling Blade grants +2% Mastery for two pieces, and activating Twin Saber Throw/Dual Saber Throw grants Dispatcher’s Challenge, which makes the next Dispatch/Vicious Throw critically hit, though this effect can’t occur more than once every minute, for four pieces. And at all six, players using Twin Saber Throw/Dual Saber Throw with Force Clarity/Furious Power grants Dispatcher, finishing the cooldown of Force Leap/Force Charge and making the next Dispatch/Vicious Throw usable on any target.

The Jedi Guardian/Sith Juggernaut, the single lightsaber wielding tank/DPS class get their own set bonuses. Flawless Riposte grants +2% Mastery at two pieces, Riposte/Retaliation have no cooldown at four, and taking damage during Endure/Endure Pain grant Retaliator stacks, which increase the damage of the next Riposte/Retaliation by 10% per stack at all six pieces.

All of these set bonuses can be obtained through different means, from flashpoints to operation bosses to vendors. Players will enjoy the effort it will take to get the set bonuses and tacticals they want for their playstyles.