Who hasn’t wanted to duke it out with famous superheroes and villains at some point? It’s every kid’s — and to some agree, adult’s — fantasy. Well when Injustice: Gods Among Us debuted in 2013, gamers could finally live out these fantasies.

This fighting game was such a huge hit at the time thanks to the direction that NetherRealm Studios took it like they have done with their beloved Mortal Kombat series. The Ultimate Edition made this game even better with new characters, skins, and S.T.A.R. Lab missions.

If you have yet to experience the awesomeness that is Injustice: Gods Among Us, it’s not too late. In fact, right now on Steam, you can claim the Ultimate Edition for nothing. It will be available until June 26.

If you consider yourself a fighting genre fan, it’s definitely one you’ll want to add to your collection. You’ll get to experience iconic superheroes and villains in insane fighting sequences and a gripping story that NetherRealm Studios really knew how to handle.

Think of your favorite DC superhero. They’re probably in this game. From Superman to the Flash, this game has so many playable characters that will give you hours and hours of fighting possibilities to look forward to.

Even still today, the game features one of the most impressive playable character lineups that you can find in this genre. That’s a huge reason why it went on to sell well commercially and attract many fans along the way.

When you’re not testing out different matches online or solo with iconic comic book characters, you can enjoy a pretty gripping and fleshed out story. You can tell how much time the developer put into creating narratives and arks for various characters.

The game takes place in the DC Comics’ Multiverse. This time, Superman has went rogue after learning about the Joker killing his beloved Lois Lane.

He sets on a path of totalitarian control, and the only force brave enough and capable of stopping him is Batman. He can’t do it along, though.

He enlists the help of other heroes to figure out a way to bring Superman down until he can get back on the straight and narrow. Again, it’s a gripping story that is filled with shocking surprises along the way.

The combat is where Injustice: Gods Among Us really shines. Seeing each character’s unique abilities on display never gets old. You can experience all of this incredible action for free right now by heading on over to Steam and claiming your digital copy.

INJUSTICE: GODS AMONG US 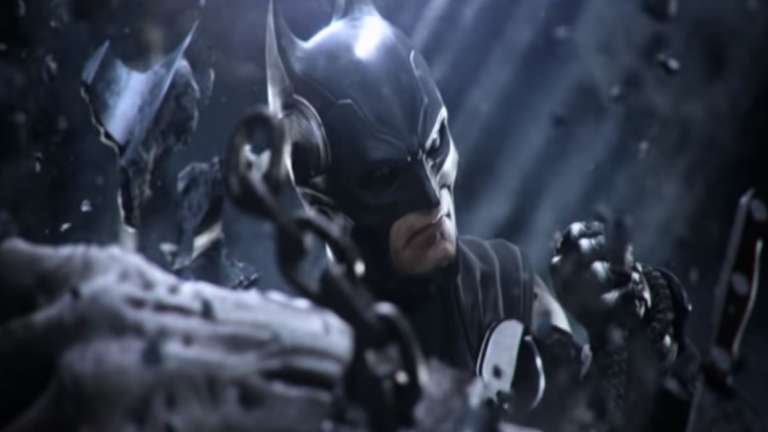